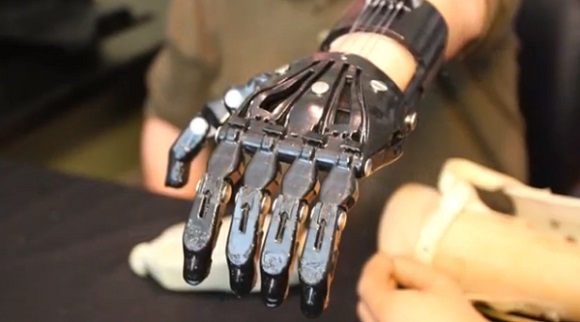 Jose Delgado Jr. Jose, 53 year old, was born almost without his left hand. Recently he has been using an artificial prosthetic hand at $42,000. About a half he paid out-of-pocket. This myoelectric armreceives the muscle signals from his forearm to cause the various movements of the fingers, like a real hand would.

There are lots of companies in the world nowadays that are trying to change and simplify lives of the people who have lost limbs. They 3D print artificial limbs for the people who lost their arms or legs, which significantly simplified their lives. When Jose came to Jeremy Simon, he asked him to 3D print a limb for him. The scientist used the “Cyborg Beast” design by Jorge Zuniga – currently an assisting professor of exercise science from Creighton University – to print a hand. Jeremy later confessed that he didn’t expect that the hand would remain in good condition and serve properly for a long time, as Jose worked in the sphere which requires lifting and moving heavy things, and the hand is made of the same type of plastic as lego. 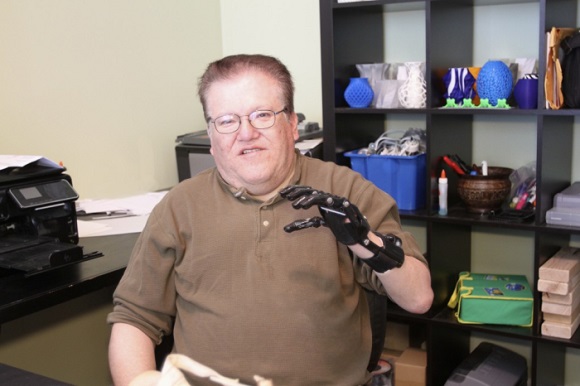 Nevertheless he was interested in the results. So the scientist met Jose to discuss how the $42,000 artificial limb compares to the $50 “Cyborg Beast” that Jeremy 3D printed especially for him. In fact Jose has used lots of prostheses so he knows how to operate them and knows if they can cope with various everyday tasks. Jose was really surprised to see that the 3D printed Cyborg Beast was far more easy and convenient to use in everyday life. If any part of the prosthesis breaks, it will take a few hours to reprint it.

Usually an artificial limb will cost you about $10,000 or more. The materials to get a hand 3D printed cost even less than $50. The design and prototyping time for the 3D printed limbs are as a rule donated in the e-NABLE community, a world-wide group of 700 people. No rights for the design need to be purchased as it is and open source, that’s why it’s possible to print a part of a hand at less than $50 in comparison with similar retail devices at thousands of dollars. When Jeremy was working with Jose, he used a new type of material known as bridge nylon. It is stronger and lighter. He will also make an alternate mount for a thumb to enable various kinds of grips.

There have been a number of efforts to work out elbow-prompt versions, they will be released quite soon. For Jeremy this is the first time he has constructed artificial limbs. Previously he had no experience in mechanical or prosthetic engineering. But he said that if he managed to do it, then everyone can do that. But surely he needed a medical professional or consultant to assist so as to produce a prosthesis of a proper size and to check for irritation.