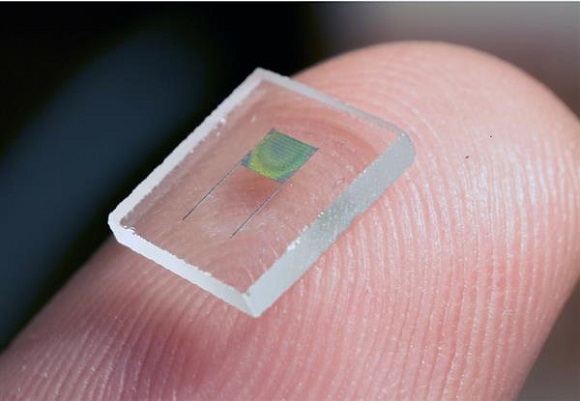 Our modern world may seem a bit unbelievable. Electronics seem to become incredibly smaller in size. You imagine the size of cell phones, music players and computer memory. But contrary to the decrease in size their capabilities tend to grow. One of the fields that scientists are continually trying to improve is the production of batteries. You’ve probably noticed that the tendency of decreasing size of electronics hasn’t touched batteries, so engineers and scientists have some space for innovation.

Scientists from the University of Illinois are, however, going to change such a state of things. The team of researchers consists of Hailong Ning, James H. Pikul, Runyu Zhang, Xuejiao Li, Sheng Xu, Junjie Wang, John A. Rogers, William P. King, and Paul V. Braun. They have come up with a way of how to 3D print lithium-ion microbatteries which you can place straight onto small chips. 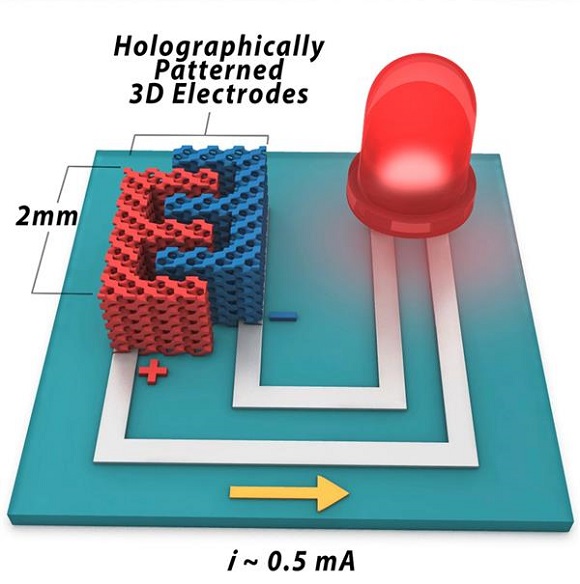 The process is a combination of conventional 2D photolithography (like the one that is used to create printed circuit boards) and 3D holographic lithography. Thus they develop mesostructured electrodes. The details of the research have been described in a paper named “Holographic Patterning of High Performance on-chip 3D Lithium-ion Microbatteries,” published in Proceedings of the National Academy of Sciences.

Hailong Ning (the first author of the article) explained that as 3D electrodes have complex construction, it is very difficult to develop these batteries and then to add to them the possibility of scaling and on-chip integrating. During their project they created a reliable method of producing 3D lithium-ion microbatteries of high standard. In their method they use the processes that can be compatible with microelectronics production. The inside structure of the electrodes was defined with 3D holographic lithography and 2D photolithography helped them develop the necessary shape of the electrode. Such a kind of work combines the major ideas of modeling, fabrication and characterization and it proves that the power and energy of the microbattery depend on the electrodes’ structural parameters including surface area, shape, tortuosity and porosity. 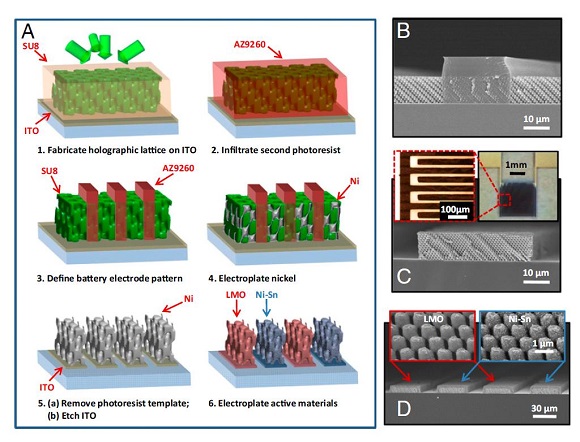 Conventional microscale devices get the power off-chip because it is really difficult to make the technology of energy storage miniature. Nevertheless, such batteries are so desirable for applications that use microscale wireless sensors, autonomous micro electromechanical systems (MEMS)-based acutuators, implantable and portable medical devices and distributed monitors.

The majority of these applications require high energy or power density or a combination of both. It may be difficult of combine all these characteristics in one battery because of the restrictions of size and the footprint and capabilities with other steps that are necessary to produce the device.

The process combines two approaches – traditional photolithography and 3D holographic lithography to produce the battery template. Then the template goes through other processes, during which thin layers of materials grow on the 3D current collectors during electrodeposition process. Finally they got a microbattery with interdigitated microscaled electrodes with mesostructured pores that allow better energy densities and high level of capacity in practice. Such batteries are able to be scaled and can be used in both CMOS and MEMS processes. Micro-engineered batteries in combination with materials of high energy like tin open up new abilities of the batteries, like longer cycle lives or high capacity, which are better abilities for powering practical gadgets.

The scientists successfully demonstrated the use of their batteries connected to LED. The microbattery they demonstrated was as small as 0,04 cubic mm and its capacity was only 0,83 μAh, it managed to power the LED 200 times separately. Isn’t it impressive for the device of such a size? Looks like it’s a breakthrough in microelectronics. Who knows, maybe one day we will see electronics considerably smaller than they are today.