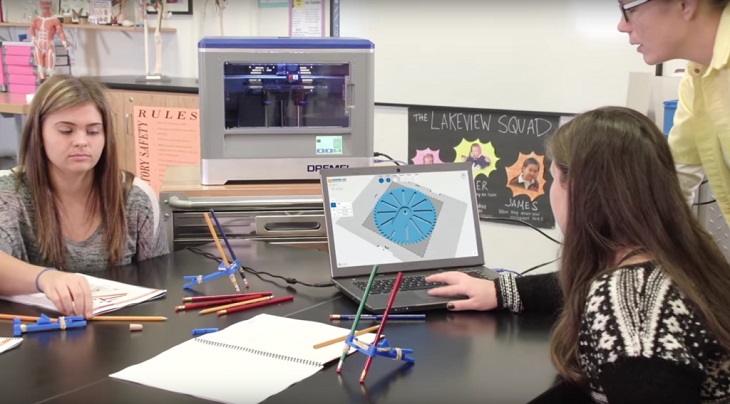 Every time that 3D printer becomes a topic of media, they will surely think of its relation to STEM education. It is no doubt that 3D printing is an effective tool for STEM courses because there you can use this in classroom in different ways. Like for example, art classes can create and customize their works using a 3D printer. It will become easier for teachers to educate their students on complicated subjects because they can come up with 3D printed objects that they can use as educational aids such as body parts or engine parts. 3D printer can also be a great help to shop teachers because they can 3D print the tools and show how people can use the equipment properly.

3D printers are absolutely flexible when used as educational tools no matter how educators apply it in class. It is why schools from different parts of the world are looking forward to using 3D printers in classrooms while manufacturers of 3D printers continue in producing and developing these products. Schools can access educational resources that they can use for their 3D printing curricula. Allowing children to use their imagination can be noticeable through 3D printing. 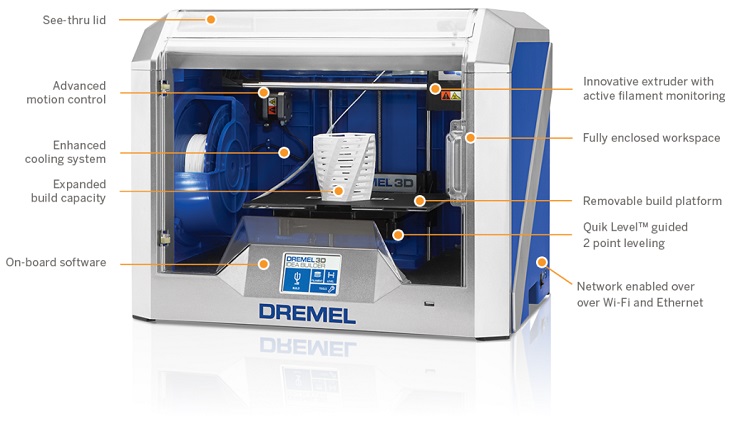 Dremel is known for their handheld rotary tools and not only that, they are also one of the brand names that were recognized in producing 3D printers. In 2014, Dremel had presented the Idea Builder 3D printer and planning to introduce the second generation of 3D printer that is easy to use and can offer new features. The latest model of the Idea Builder is particularly designed for classroom setting. It will also be compatible with 3D iOS as well as to Android mobile applications. You can even use it with the Print Studio software that can help in optimizing and modifying the features for 3D design. 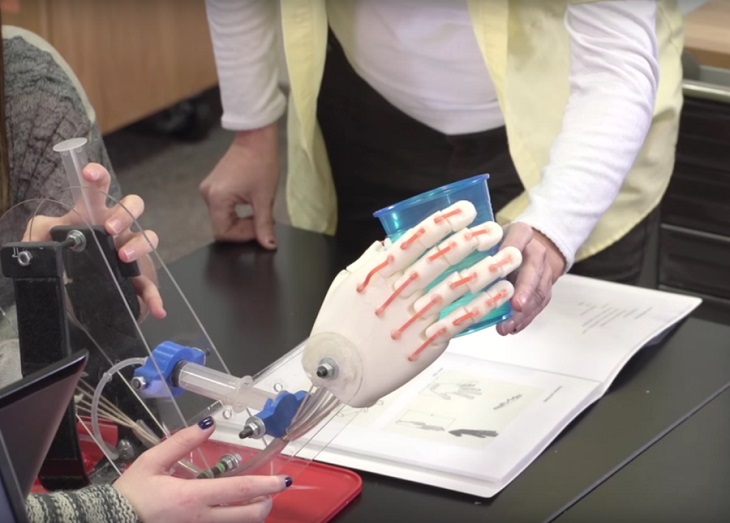 There will be two models of the Idea Builder’s second generation that Dremel will release wherein the retail version is the 3D40-01 and the educational version which is 3D40-EDU. The 3D40-01 has a flash drive, the Print Studio software, build tape, and a roll of PLA filament. For the 3D40-EDU, you can expect additional features that the retail version doesn’t have. It has a USB drive with 3D curriculum and educational materials, extra build plate to make multiple printing jobs faster, extra build tape, and 4 spools of the PLA filament in different colors.

Once a school purchased the Idea Builder 3D40-EDU, they can also receive training in using 3D printer, customer support, safety certification, and a warranty for one year. They can also have an access to the full curriculum in 3D printing known as the Dremel Dreams that includes teaching guides and lesson plans in 3D printing as well as to 3D printing hardware, design software, and other materials you need in learning 3D printing inside the classroom. Both the 3D40-01 and 3D40-EDU of Idea Builder will become available in June 2016 and you can already place an order now.