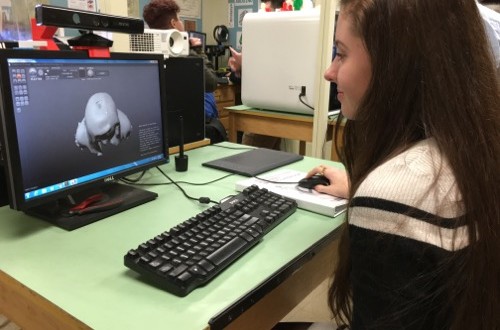 Sometimes, someone gets to meet a person who truly loves what he does and those that can benefit from what he does that his efforts will soon turn out to be almost larger than life. Hollywood often uses this theme in many heart-rending and inspiring movies. What is almost taken for granted is the fact that such stories can happen in real life and sometimes in the most overlooked places. 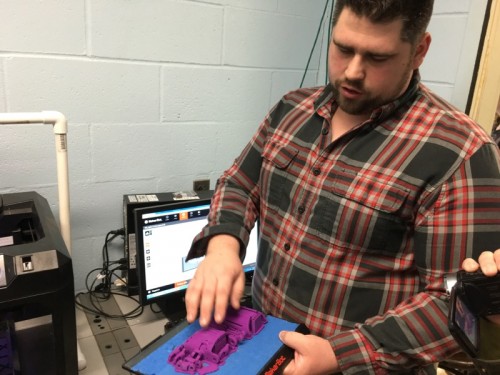 Such is the case of Greenport High Teacher, Michael Davies, who has managed to build a 3D printing lab from donations that is now considered around the $50,000 figure. The lab is truly astounding that one can hardly believe it is located in the middle of an unassuming Long Island Public School. In most cases, a 3D printing lab possessing the technology it has can only be found in some of the biggest universities or in some of the bigger income-generating localities. The moment one steps through the lab doors, one could easily get the feeling of entering a secure location with sophisticated technology, which is in sharp contrast to the mundane surroundings around the entire school. 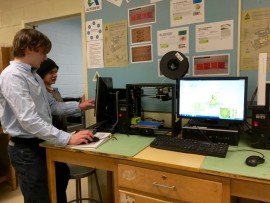 A bulk of the donations was gathered during Mr. Davies’ time off while recuperating from an injury. Instead of just going about the motions while recovering, he spent most of his time urging the people in the community and locality to donate something to the Public School to improve the students’ access to 3D printing technology. To date, the district has shelled out about $4,500 while the rest was from the good citizens of Long Island. The donations resulted to 8 Makerbot 3D printers and other things needed for the lab to be truly operational. For better reference, some of the public schools in the country only have access to 1 3D printer.

Mr. Davies’ efforts have inspired the entire school and the community. The students are also doing their part in the entire endeavor by making sure that they know how to maintain the equipment. As they are more and more involved with the technology, it also makes it easier for them to understand the lessons regarding 3D printing. The shift in the whole academic curricula to Science, Technology, Engineering, Art and Mathematics can certainly be helped with 3D printing technology.

Obviously, with almost unlimited access to such technology, students coming out of Greenport High will certainly have an edge over other students from other schools who do not have the same 3D printing lab at their disposal. It makes the transition to college education, particularly STEAM subjects so much easier as a result of Mr. Davies’ efforts.

The continuous efforts of both Mr. Davies and the students may soon see Greenport High students working on something with their own 3D printer. Amazingly, the excitement bug has bitten not just the students, but the parents as well. In some instances when parents find themselves at the school, the 3D printing lab is almost always filled to the corners. The parents are also keen to learn a thing or two about this far-reaching and very popular technology.