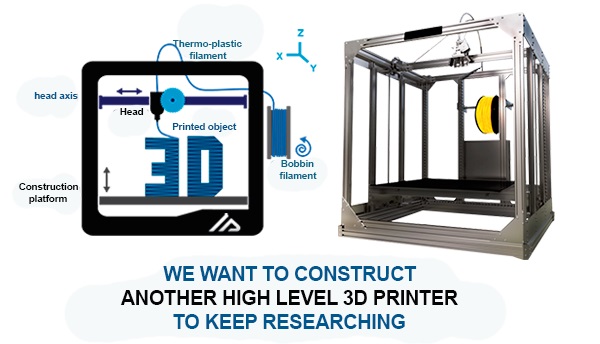 Nowadays we can say that 3D printing has become another industrial revolution. Indeed, now we can create physical 3D objects of all the forms and shapes printed from the necessary computer model. One printer can produce a wide range of objects – from toys and household tools to jewelry and food. It goes without saying that the technology never stops developing. Success of the technology has been achieved thanks to the speed of the process, the ability to customize objects and the possibility to increase capability of manufacturing.

3D printers are widely used in all the spheres of human lives. They have proven to be efficient even in medicine. Not only do we use 3D scanning, but we also develop anatomical models of patients or their organs (to try procedures before operating on real people), produce templates and orthopedic braces. 3D printing is successfully used in biomechanics to produce prosthetics. It is highly possible that in future we will be able to get tissues and organs for transplantation. 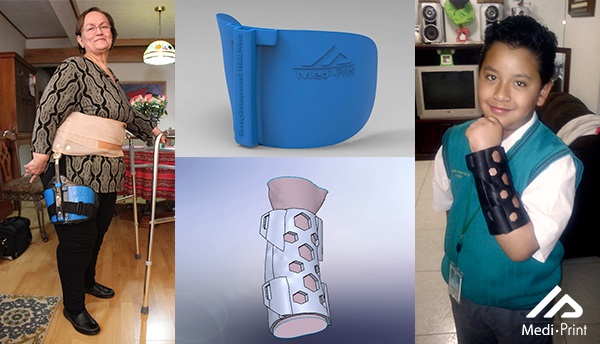 A group of young entrepreneurs from Mexica who call themselves MediPrint have set a goal to produce customizable medical solutions using 3D printers. They wish to influence people’s lives in a positive way and to help them make their physical movements as comfortable and safe as possible. They are continuously developing new designs, carrying out research and are trying to develop new applications. They get medical support from experts to improve what they create. 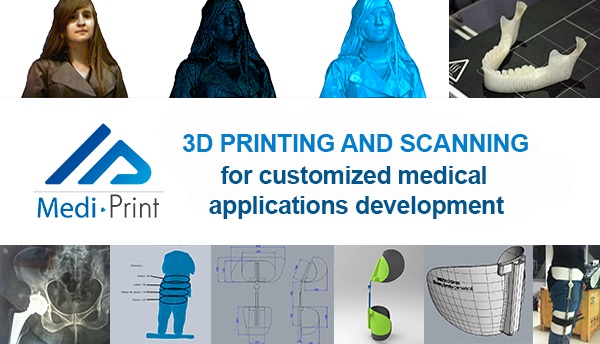 Currently they are running a campaign on Indiegogo to gain money to develop their project. If it is a success, they will develop a new highly productive 3D printer, which will give them more free time to study new developments. They will also try to improve the currently existing printers. Furthermore, they wish to have a support team. In case some machine for a particular patient fails, they will be able to keep producing what they (the patients) need. The rest of the money will be spent on a photosensitive printer to produce ophthalmic and dental devices and a controlled camera for the printer to regulate temperature of the production area and thus to improve printing itself.

The idea of MediPrint appeared after mother of one the team’s founders broke her arm and some of the activities became impossible for her to perform. That is how their first product – NovaCast – appeared. Since that time they have produced a large number of medical applications and have taken part in a number of competitions and events all over the world dedicated to 3D printing.

3D Printing is expanding, but can it grow into something bigger than just the technology for profess...
Doctors Make Use of 3D Printing of Heart for Lifesaving Procedures
8-year-old Max Ash’s 3D Printed Mug Ideas
FDA Draft Guidance on 3D Printing Industry