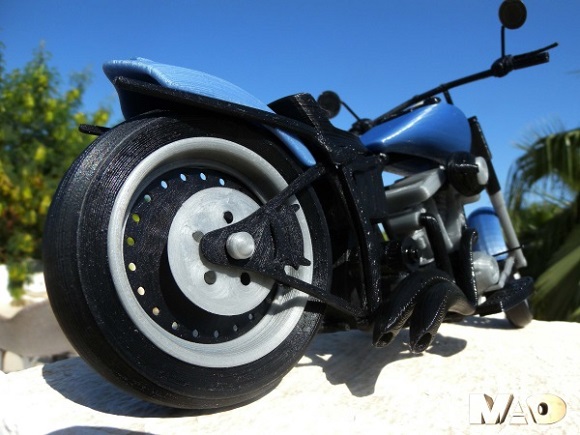 Maurizio “Mao” Casella is famous for 3D printing exact small copies of classic car models. 3D printing as a technology is currently being developed, so nearly every day there appear new amazing things developed thanks to the technology. We were all excited about the high quality of the 3D printed replicas of iconic cars – the Ferrari F430, the Fiat 500 and the Shelby Cobra. This time the designer is trying to fulfill a more exciting project – a custom-designed Harley Davidson motorcycle. 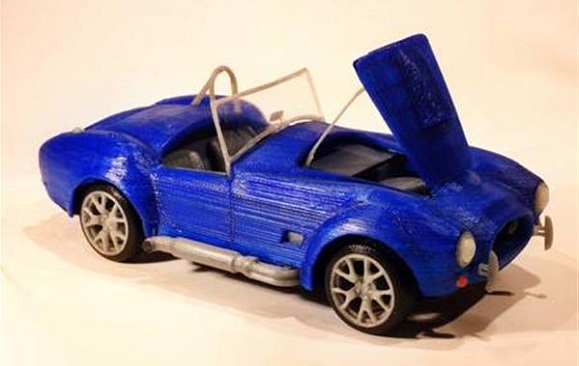 On the Internet there are lots of 3D printed miniatures, but very few of them can boast on such a quality level and they hardly make you wish to display them. However the ones designed by Maurizio are completely different. If you haven’t heard of Maurizio Casella, he is an artist from Egypt who is passionate about diving, advertisement and 3D modeling. 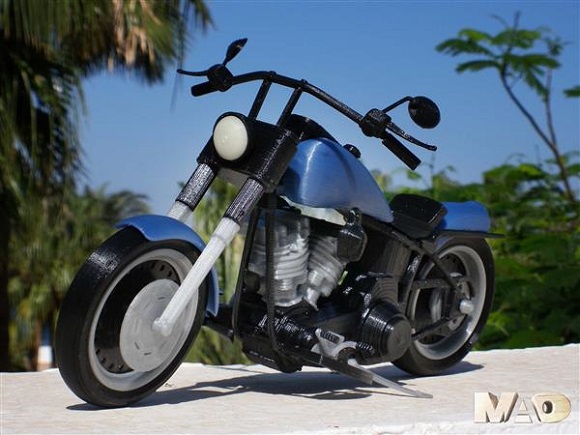 He didn’t like the 3D printed miniatures he saw in the web. He decided to take up the enterprise and develop 3D printable models of high quality of the classic cars that are so admirable and that you have in the posters or watch during the showrooms all over the world. If you decide to visit the designer’s web-shop at 3DaGoGo.com, you will see a number of the most exciting miniatures for FDM 3D printers. Each of them costs some bucks – not too much – so they are affordable and so easy to download and 3D print them on your own 3D printer. 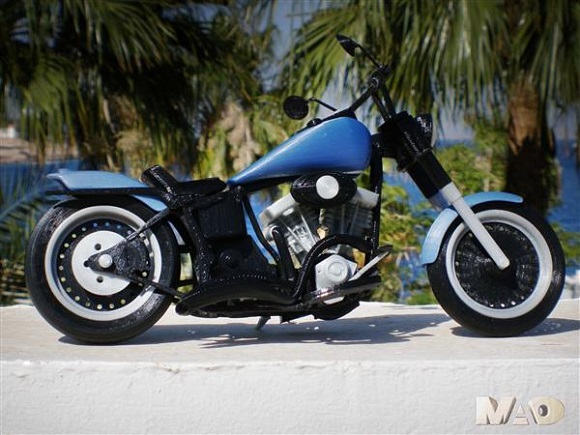 During the past couple of months Maurizio has been especially busy. He told in one of the interviews that he has been trying to increase the quality of the designs and their quantity as well. So now they are really easy to assemble. Another thing he has been working on is the design of the iconic motor vehicle – the Harley Davidson.

At present he is doing his best to finish printing and putting together the most prominent of his models. Maurizio is so enthusiastic about it! The previous designs of Cobra and Ferrari were developed on the basis of the photos to make sure they are true. But this time the designer developed the Harley replica all by himself. 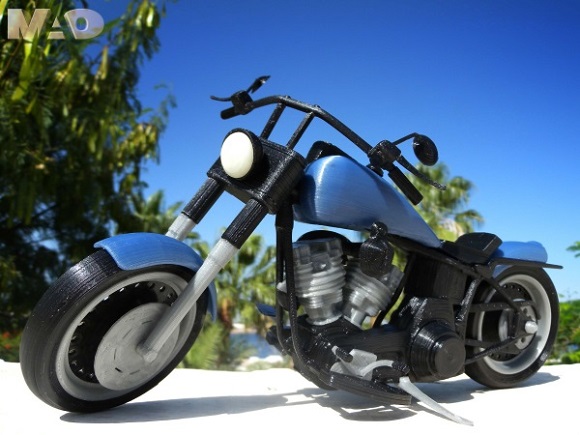 He was especially motivated when developing this design. He wanted to manage with the legendary Harley. He even contacted Harley Davison via their website and asked if he could take their interest in 3D printable replicas. Then he took the replica to the “Idea department” and asked if they were interested in offering official 3D printable Harley Davidson models and using them either as presents or selling them to 3D printing enthusiasts. However, he was rejected. 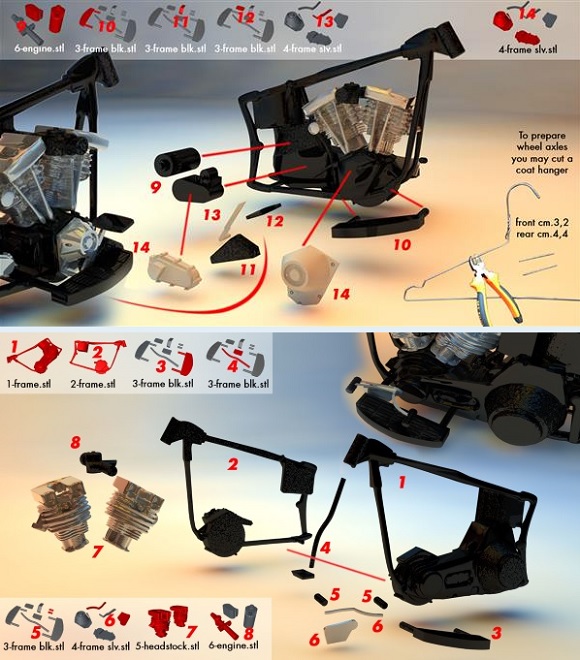 You probably understand that it was not easy to develop such an incredible model. Maurizio designed the engine and the frame first, they resemble the original. Then he developed all the rest from scratch, as he desired to develop the replica as if he were to develop a fatboy and not to pass the OCC garage – that is reverse steering, a monosit, a new tank, tail cut, etc. He tried any of the parts that you could add. All that is obvious in the ready replica and the huge number of 3D printed parts – 75 all together coming in 20 separate STL files. Surely it not something for beginners, but Maurizio has also supplied us with a well-detailed tutorial to make it easier for you to put together the ready model. 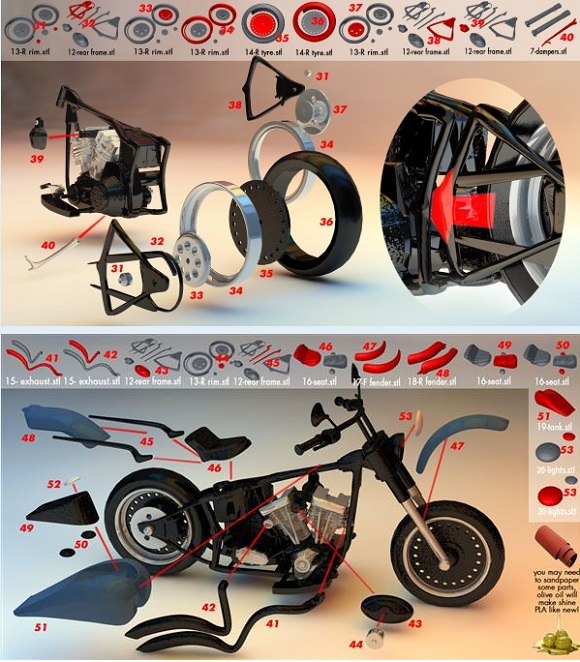 The replica was 3D printed with a beta model of the FDM printer – the Kentstrapper Volta, developed by Maurizio’s Italian friends from Firenze, Italy. The replica is created in PLA, sliced, each layer being 0,2. It took them 48 hours to print the model because of the great amount of details and components involved. The only part that hasn’t been 3D printed was the wheel axles, but they were made from coat hanger parts to ensure stability and balance. All this has been described in the tutorial. So if you decide to design the incredible Harley or are simply interested in the project, go to Maurizio’s web-shop.