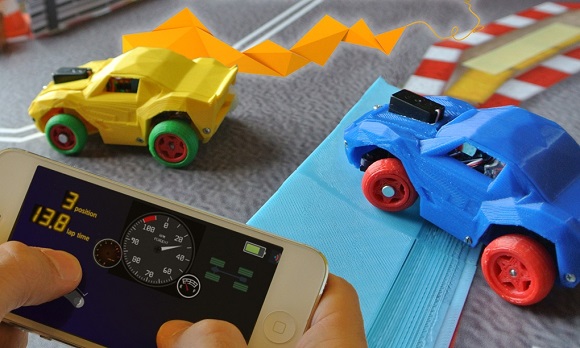 3D Racers – an Italian start-up has recently launched a crowdfunding campaign on Indiegogo for smartphone-controlled game, which is a combination of an app-controlled toy Anki Drive and Scalextric, the real Mario Kart. The company’s goal is to make at least $25,000 from the game’s investors and they have already got more. They are planning to launch the game this autumn. 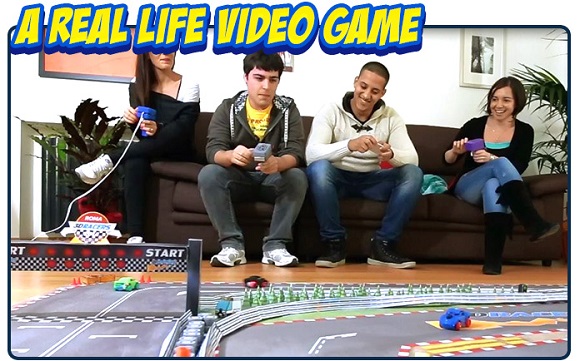 Being a game, 3D Racers includes toy cars race all over the track on the floor. The players can control the cars with a smartphone application. The races include pit stops and warm-up laps. If you choose “battle mode, it throws turbos and videogame-style power-ups into the mix.

Players can customize their cars with online tools. If you have an access to a 3D printer, you can download files and print them yourself, either at home or by one of the members of the 3D Hubs printing network. 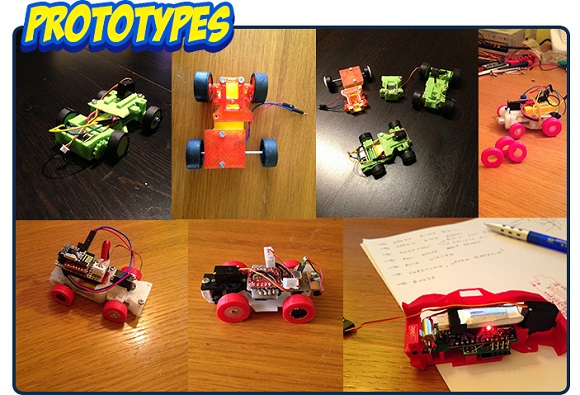 There is also a “Pilot electronic board” coming with 3D Racers. It can be used to fit components together and build cars. If you have some technical skills, you will have a chance to hack the board and modify the interface of the application on your smartphone. 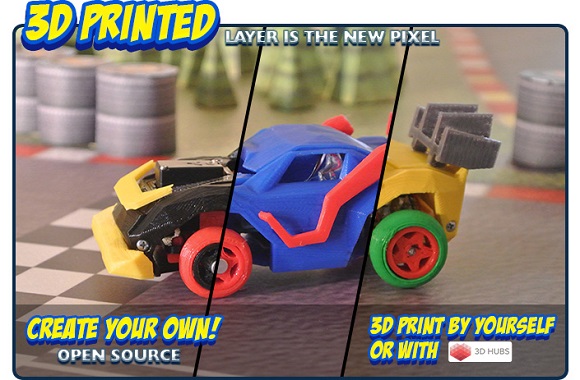 3D Racers wish for the game to be used by children during classes when they learn programming skills. Among the benefits of its crowdfunding campaign is a classroom edition for non-profit organizations and schools with an educational e-book, available at $400.

One of 3D Racers’  competitors is Anki Drive. It became famous in June 2013 at the keynote presentation during WWDC event by Apple, and launched its app-controlled game last year in the UK. However Anki Drive are focused more on another side of the game: artificial intelligence. Players can compete with other vehicles, which can control themselves and adjust to your driving manner.

NASA together with MakerBot announce Thingiverse Mars Base Challenge winners
3D Printing is expanding, but can it grow into something bigger than just the technology for profess...
Patrick Graham’s 3D Printer that Plays Chess
3D Printed Prosthetic for Uga the Turtle