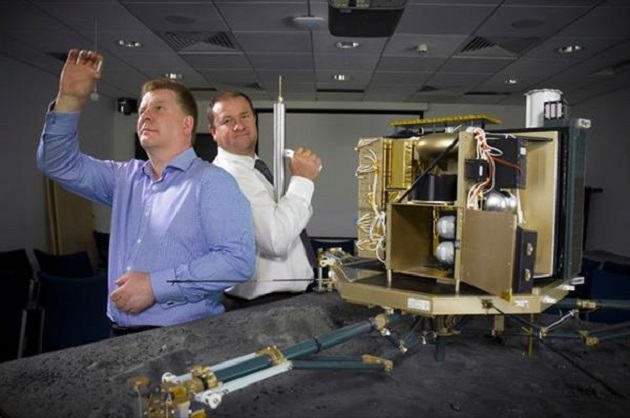 Insect Research Systems, Ltd, a British pest control company, have crafted a detection monitor that is capable of finding certain gas emissions from bed bugs. 3D printing has had a hand at creating this new machine, which came to life at the Campus Technology Hub or CTH. While being developed in Cheshire, the 3D printed monitor has also gotten use of a tech that was made for a certain spacecraft called Rosetta.

The tiny pests in the home can be quite irritating and unpleasant for homeowners. Bed bugs pose an uncomfortable threat because they can be damaging to the skin and to the general health of the members of the family. It’s also worth noting that when bed bugs come to a home, it would be very difficult to purge all of them and there’s always a marginal change that they would actually come back. In the UK, there have been reports that bed bugs have gotten quite prominent in many homes. That’s why there are companies that make it a point to create ways in order to get rid of them in the most effective manner.

There are companies, such as IRS, that are making efforts in order to address this pubic concern. And when it came to the source of their inspiration for their bed bug detection device, they looked toward Rosetta, the space vessel. The European Space Agency were the ones who created the ship and it was packed with a gas analyzer that detects gas. “Ptolemy” as it was called, was made with the purpose of investigating the exterior and interior areas of comets with the use of a process called gas chromatography/mass spectrometry.

Suffice it to say that the “Ptolemy” gas analyzer became an important aspect of IRS’s efforts to make a device that would help them detect the gas emissions of bed bugs. Coined as “APOLLO”, the gas detecting device can be held by hand and it would ‘sense’ the emissions of the critters when they communicate or have intercourse.

3D printing was the one responsible for the creation of the “APOLLO”. CTH was able to make the detector from the ground up, making a portable machine that could help a lot of institutions and establishments in determining the presence and location of bed bugs.

The chief technical officer and co-founder of Insect Research Systems was able to impart his thoughts on the latest technology. He acknowledges the most recent advances to the reach and scope of 3D printing. Campus Technology Hub has a lot of resources that would assist in the technical aspect of the project. With CTU, they would be able to build a sample of the product and show what it can do to those who would potentially become financiers.

Being able to detect the presence of harmful insects and parasites has a lot of positive ramifications for the larger world. Many families and health care service providers can benefit from such devices. It’s a great leap for technology and for pest detection.