3D printing proves to be effective to produce prosthetic legs

3D printing proves to be effective to produce prosthetic legs 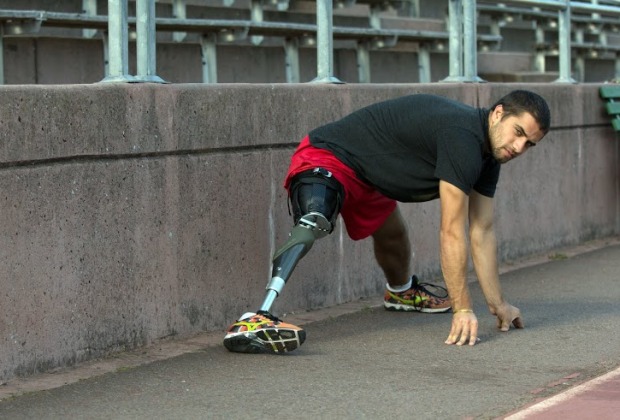 Over the past few months we’ve noticed that things begin to look more promising for those who wear prosthetics. 3D printing has opened up new possibilities allowing to develop a wider range of more functional prosthetics.

You’ve surely heard of the good work of the E-NABLE community, who are creating and 3D printing wonderful custom-built prosthetics for children. A couple of weeks ago it was reported that a prototype of a new bionic electronic arm was developed. 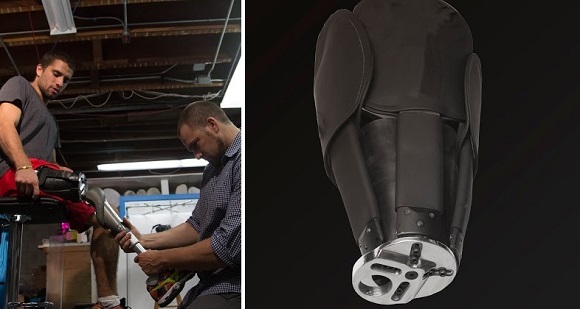 Actually these 3D printed prosthetics are mainly arms and hands, which is clear. It’s not only because they are easy to make, but also because they are familiar to people from sci-fi stories. But prosthetic legs that thousands of people need all the time could do well out of 3D printing. Luckily a relatively young company from San Francisco called LIM Innovations is working on developing that. 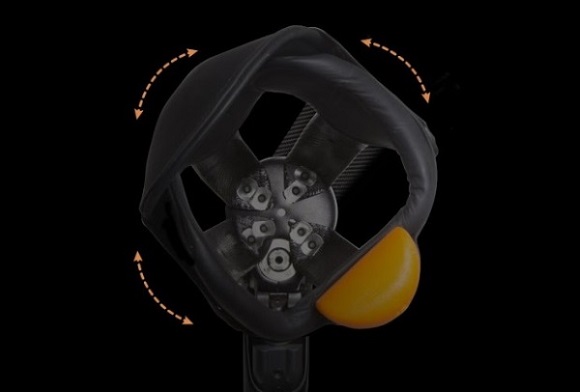 Functional prosthetic legs have already been familiar, but the process of their development was awfully expensive and slow. The problem was mainly with connecting the prosthetics to the limb. For a long time they’ve been attached with a custom-built socket, that was created according to the molds of the limbs. It’s clear that it fits well, but every single socket should be hand-crafted, which takes a lot of time. Apart from being pretty expensive, there is no guarantee of a perfect result. 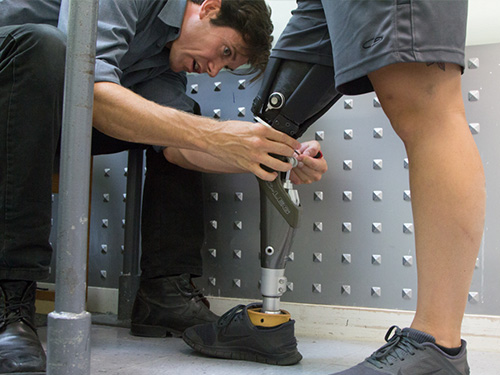 The main accomplishment of LIM Innovations is that they’ve created an easy and reasonably priced way to make such sockets. Among their advantages we can name high-level comfort and long hours of work – about 24 hours of fitting. And by the way it’s quite comfortable to wear it all day long.

What is so peculiar about it them? The old types of sockets were made of one piece of plastic, whereas Infinite Sockets by LIM are made up of several components that can easily fit your comfort. It consists of four thermoplastic carbon fiber struts that are to be attached to the knee. All the struts are joined by the foam pad with an adaptable belt from the outside. The wearer himself can loosen or tighten it. A detached piece is supposed to fit the person’s joint, making a seat, which helps to carry the weight of the body. And almost the whole of the multi-component device of a well-adjustable design was 3D printed. 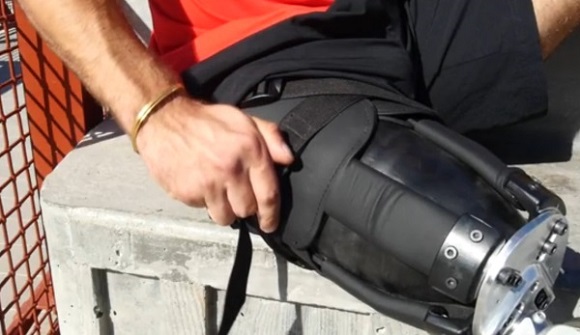 The top level of customization was achieved thanks to 3D scanning during fitting process, which is opposed to the old-fashioned ways of measuring by hand. With the collected data LIM Innovations generate 3D printable files. As their team explained, the secret of developing their new 3D printable prosthetics is in the UGI – User Generated Innovation. This concept appeared in response to the users‘ needs in their products – prosthetists and amputees. Most of their attention the team pays to innovation and spectacular design. However they are also looking forward to getting some feedback from their users as well as respond to requests to advance their ability to make the human condition better. That’s why adjustability has become the basis for creating the functional prosthetics and 3D printing has become the technology to make it real. 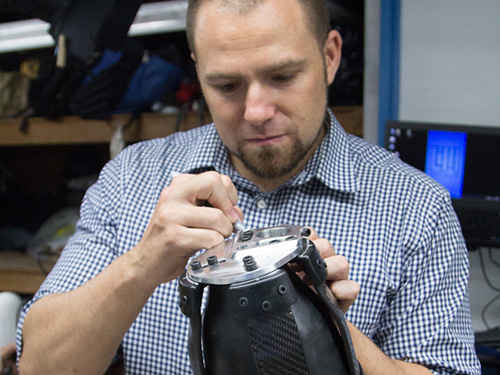 The remaining part of the amputee’s limb is always unique, so both prosthetists and their patients could benefit from changing sockets accordingly. During the day the limb can change its size by about 5 per cent, so it’s always difficult to find the perfect fit. Because of its ability to create unique small objects quickly and efficiently, 3D printing is the right technology. However the 3D printed socket isn’t available yet, for LIM Innovations are still trying to find partners who would use their prosthetics. The team thus seeks to take some important steps in handling the most urgent problems connected with prosthetics.