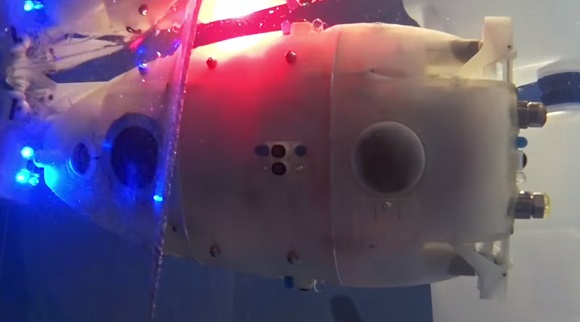 The majority of robots developed by any of us with a 3D printer require a bit more than an Aurdino, some motors or PLA, whereas a group of roboticists from Zoology Department of the Austrian University of Graz show what they can achieve. They’ve developed a great lot of 3D printed fish-like robots that can not only learn for themselves, but also operate via group-based interaction or collective cognition and can transfer information. The COCORO team is responsible for the project. They claim that this year (2015) will be the year of COCORO. Every week there will appear a new video on YouTube of the actions of the 41-fish swarm.

Such a marvelous project lasted from 2011 to 2014. Dr. Thomas Schmickl was head of the project. The European research commission funded it. Dr. Schmickl wrote on the project’s webpage that the COCORO project differs from other similar projects in the complexity of the collective cognition implanted into the robots. The robots work as a collective system of individual agents that learn from the past or the environment. The tasks that the robots can perform are to transfer information about the environment, investigate underwater surroundings and maintaining resources. They can do it both individually and collectively, just as the fish. 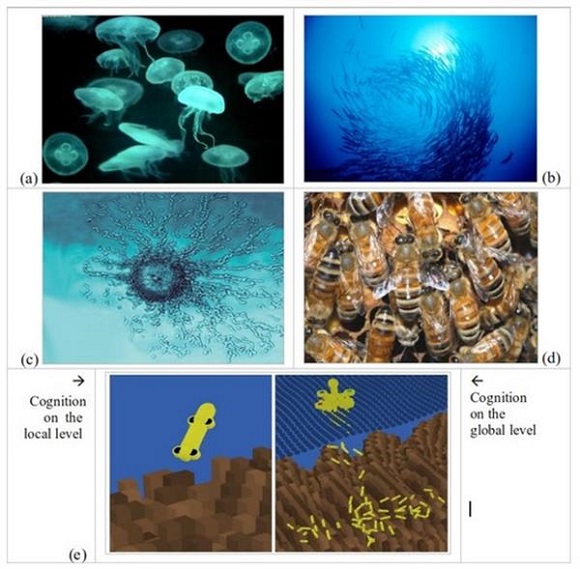 According to Schmickl, the team specializes in swarm robotics that deals with individual learning but more profoundly with knowledge and learning of the group. In this respect robots that cannot learn individually may acquire collective cognition if, for instance, they change group topology. This has already been used in land-based robotics a couple of times, but, as far as we know, this is the first time the technology hand been used in underwater robotics. On the project’s webpage the team also mentioned that the swarm remains as one whole under the changing condition and severe environments. 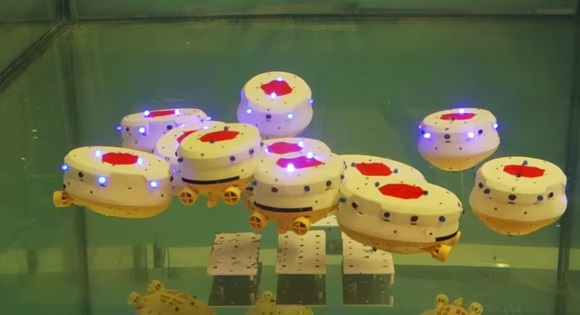 This can be achieved if they let the AUVs (autonomous underwater vehicles) deal with one another and exchange information, which will result in a cognitive unity that knows the environment, the aims of the individuals and dangers and the global aims and dangers. A combination of globally and locally acting well-organized mechanisms transfer information from global to local levels of flows and have an impact on the individual’s AUV behavior. This cognitive-based scheme produces fast reaction of the total system and optimizes the total performance. Such mechanisms have been shown scalable and flexible.

On the project’s YouTube Channel you can find numerous videos that illustrate the impressive tasks. One of the videos, for example, shows them carry out search in the pool. One of the members of the swarm finds the target and it immediately alerts the others via a number of LEDs they have to communicate. Schimckl says they’re like a mobile network of sensors that deals with information processing. You can also see videos in which they find airplane debris following the magnetic signals from magnets all around the remains. 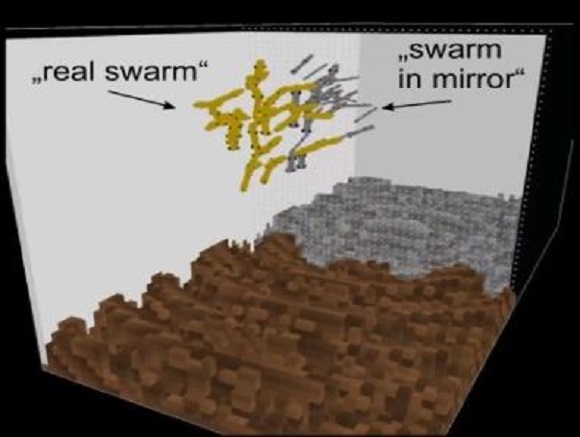 You’ve probably noticed that this is an example of how it happens in nature. Schmickl explains that they tried to model the algorithms according to the behavior of fish and bees and the communication models of amoebas. The robots mainly consist of 3D printed parts; however, it’s not the best option for robots in extreme environments.

To show the potential of those parts, they staged field trials in Italy in Livorno Harbour. The 3D printed network had to tackle the salt water, currents and waves. This needed a couple more algorithms than in freshwater shallow pools. After some time the hardware broke, but it did not influence a couple of days’ presentation. Nevertheless the network was a success. It goes without saying that open ocean requires a considerably larger and stronger hardware. We will able to witness larger AUVs that use swarm robotics algorithms and monitor and carry our search in small but efficient groups. 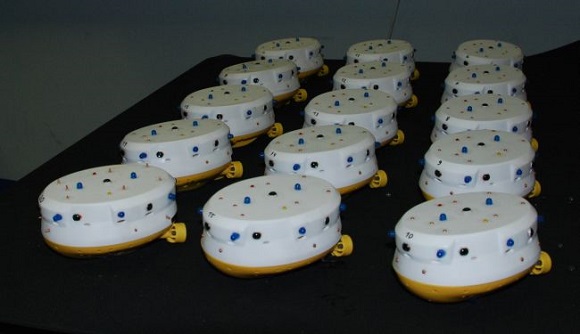 They is a great variety of the abilities to use the network: not only in science (because of cognitive abilities), but also in various rescuing missions. For instance to look for airplane black boxes or waste thrown into the waters.