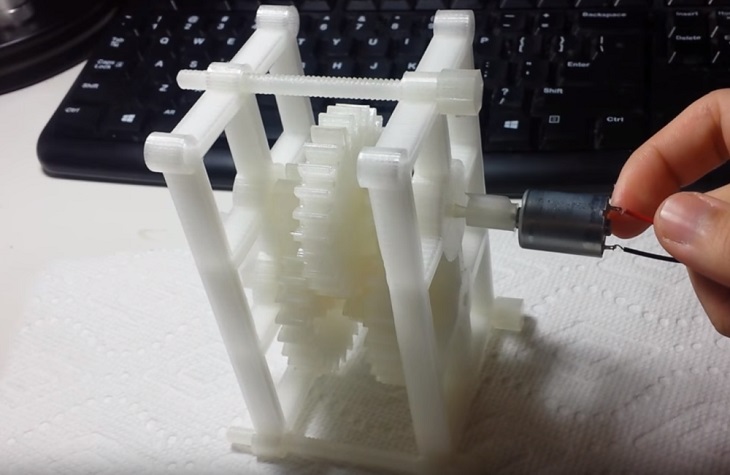 In today’s technology, people can 3D print any device that can be used to power or drive any component and for example, a gear train. It is a combination of two wheels that when it is connected to a component, it can power or drive the machine. The circular motion is controlled by driving the two gears, allowing to it rotate simultaneously. The teeth on the gear wheels are specifically designed to prevent both gears from slipping or getting stuck with each other.

It is important to design the gears perfectly in order for the both to perform in unison.

Gears are one of the most primitive mechanical systems that man has ever used dating back to 300 B.C. However, these gears weren’t of any use until much later when undeveloped gears were used in driving mills and grinding grain.

In today’s era, gears are widely used and can be located in watches, geared bicycles, cars, and farming equipment.

A certain ManWithoutOptions from Thingiverse decided to create a homemade peristaltic pump; he was lacking a certain part that can drive the pump. Motors are very common nowadays in the market even with the low torque types that have reduction gears integrated in it. Nevertheless, he decided if he can build his own motor.

At first, he did probe on the availability of the gears in Thingiverse and to his surprise; these gears created too much friction in the process that would make it impossible for each gear to power the motor that is paired up with the pump. 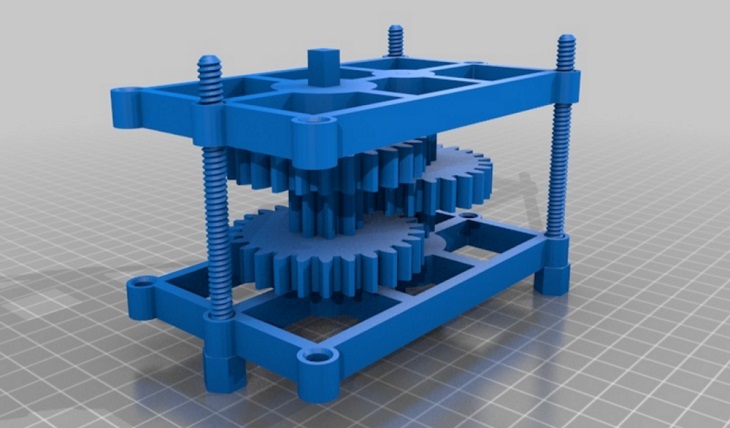 But with creativity and perseverance, he did his research and got all the possible designs and created his own design that can work in unison with the components of his pump.

He also posted in Thingiverse that he could’ve bought a $10 motor with the reduction gear that he was looking for but he owned at the same time he also owned a 3D printer. So he made good use out of it by printing all the parts he designed that only took 12 hours and another 5 minutes to assemble the gearbox.

Moreover, every part printed by the machine was needed to be filed and smoothed in order for the parts to fit perfectly with each other. The top plate and the output axle came out as a fit very tight, so gave extra time in filing these parts. All of the parts were heavily lubricated to avoid it from getting stuck while in motion, or worse melting and deformation of the plastic.

The good thing is that all of the 3D parts have support structures that are threaded into them which make it very independent from making additional support. ManWithoutOptions suggested keeping the maximum layer height by 0.2mm rather than the parts that he initially made which are 0.1mm in resolution.  Every part is printable by any 3D printer but try avoiding printing the entire device as a whole because this might not be printed correctly.

Lastly, for more information about creating a 3D printed reduction gear, one can visit his thread on Thingiverse or at Reddit. All of the assembly file and printing instructions are available in his threads.