3D Bioprinting: How Can It Change People’s Lives

3D Bioprinting: How Can It Change People’s Lives 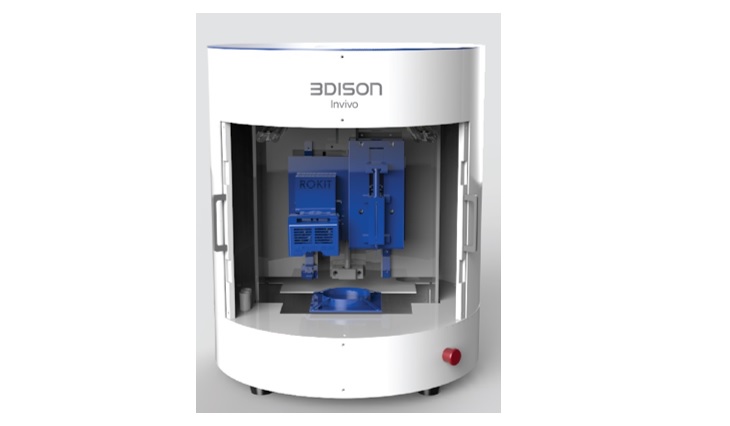 3D bioprinting is gaining popularity all over the world because various research institutions and private companies are interested to become a part of groundbreaking technology that is said to save lives. Latest news about 3D bioprinting mostly came from the hospitals, universities, and research laboratories as they started in developing new methods of 3D printing human tissue. So far, there are only few companies that have developed and sell 3D printers that are specifically designed for bioprinting. This is the reason why people would always want to be updated with the latest reports about bioprinting and consider it as big news.

The 3Dison Printer of Rokit

Rokit, a South Korean 3D printer manufacturer had announced on entering the 3D bioprinting industry last year. It will be funded by the government providing the company with $3 million. They have stated that one of their main goals was to develop a 3D bioprinter. Fortunately, the company has already attained their target because Rokit had officially announced the release of their 3Dison Invivo which is a 3D printer use for tissue for engineering and bio-medical research.

The Invivo is the most recent addition of Rokit’s 3Dison printers. It is a versatile bioprinter because it has an extruder and a liquid dispenser. Invivo is capable of printing large number of materials that include PLGA, PCL, PLLA, alginate, collagen, and silk fibroin. Rokit also confirmed that the Invivo doesn’t have any disadvantages that people usually encounter when using other 3D bioprinters.

Seok Hwan You, the CEO of Rokit and the former CEO of Celltrion Healthcare, which is a pharmaceutical research and development company, has a great plan on how he can provide the needs of the researchers. With his knowledge in biology that he had obtained from his previous work, he had managed to combine it with the 3D printing technology just to come up with the latest 3d bioprinter called Invivo. He is hoping that with this technology he can be able to share and lead new areas in Korea regarding bio-industry.

The 3Dsion Invivo will be officially introduced in the market this April, however, details about the cost of this bioprinter is not yet presented. The good thing is that Invivo is not yet the last 3D bioprinter that will be contributed by the Rokit Company. As a matter fact, they already have their plan of creating a 3D bioprinter that will be designed for printing specific skin of patients. 3D printing for skin tissues was one of the most important goals from the time that the company was funded by the government. Rokit had been working with the Korea Institute of Machinery and Materials, Seoul National University Hospital, Korea Advanced Institute of Science and Technology, and the Hanyang University. The project that had received $3 million grant from the government, intends to develop a new form of bioprinting wherein the skin can directly be applied to patients, which is a perfect treatment for burns and other forms of skin damages.