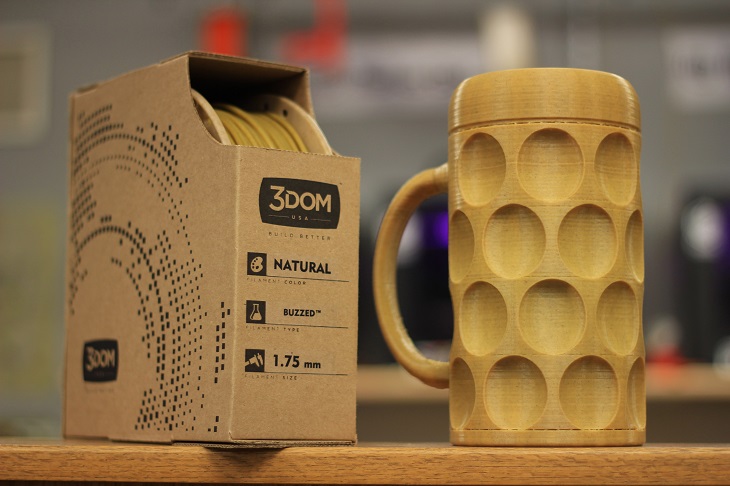 Beer-making is easily one of the largest and most lucrative businesses in the world today. If there is a list of the constant things in this life, beer would probably be one of them. It is so popular that it would almost be impossible to find a household without a bottle or a can or two of the inhabitants’ favorites. In fact, there are countries across the globe that celebrate beer drinking to a point that it becomes a part of their culture. Also, beer is almost synonymous with college life as part of the ritual in the journey to adulthood where beer continues to be a huge part of many people’s life.

What many people do not know is the fact that beer-brewing is also the source of so many byproducts. Plus, despite the brewery business being around for so long, many of its wastes, particularly spent grain, largely end up being thrown away. The untold tons of potential are simply removed from brewery plants simply because the most basic uses of these wastes are limited to becoming fodder for a wide variety of animals. If one can imagine the dumped fiber and protein, one can really say that the waste is so overwhelming. 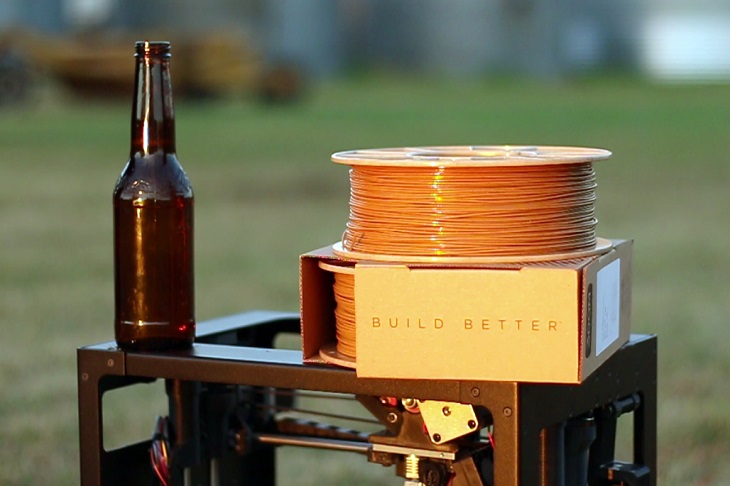 Just recently, 3Dom, the company that produced the Wound Up filament, which is amazingly made from coffee, has come up with another ingenious way of using a nature-based product like wasted brewery grains into 3D printing filaments. From materials that could have been found at the bottom of a landfill, the company’s resourcefulness provides them with a vital source of an ingredient for the continued success of man’s most amazing technology to date-3D printing. The new 3D printing filaments are now called Buzzed by 3Dom people.

The production of the Buzzed already makes it two filaments sourced from nature as part of 3Dom’s and c2renew’s collaboration. They are assuring fans of natural filaments of more to come in the very near future. If the sensational Wound Up and Buzzed filaments are any indication, then it is safe to say that the options for sources of bio-based filaments will soon become a dime dozen. 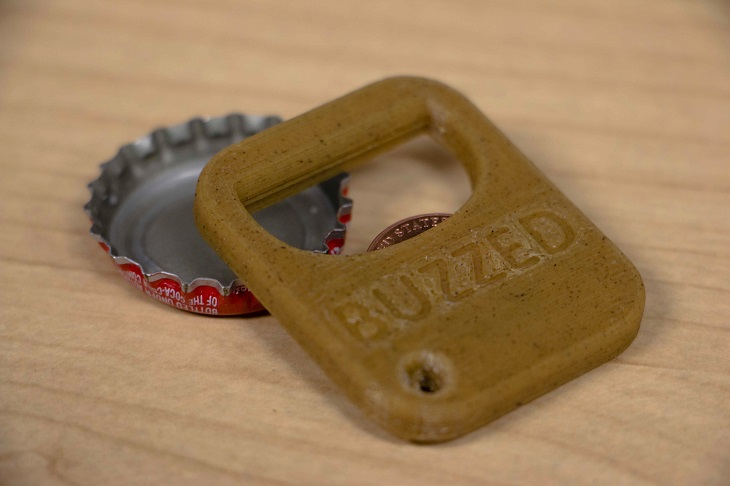 3Dom announces the Buzzed to seamlessly work when used with a 3D printer that can handle PLA filaments. For the uninitiated PLA filaments are prized by many because it is eco-friendly and gives off a very sweet smell. The ability to give off a sweet smell should do wonders for a filament made of spent malt grains to remove that distinctive smell that cops can sniff out several miles away.

The two companies’ spectacular success could not have come at a better time for 3D printing. Although ABS is adored by many as well due to its toughness and durability, they are also harmful to the environment once discarded. Besides, the somewhat offensive odor coming from ABS is also something many would rather do without, especially those who are working in areas where airflow is limited. The increase in PLA filaments from organic sources could go a long way towards a more nature-friendly technology. 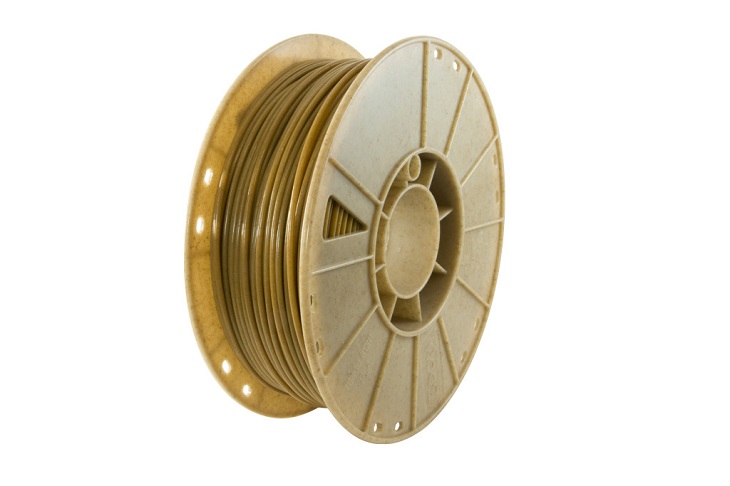