Make Your Own Tube Vase

Make Your Own Tube Vase 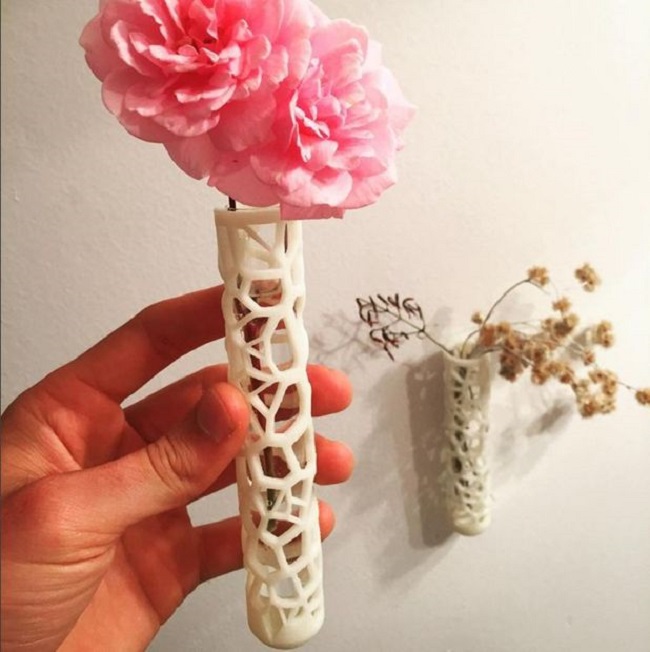 3D printing is a great technology. Fused Deposition Modeling (commonly known as FDM) makes 3D printers cheaper and causes them to appear in the majority of houses. 3D printing enthusiasts collect the nice small plastic things. However, when it comes to creating useful things, people come up with technological restrictions.

For instance, FDM parts are not considered to be water-resistant. So printing glasses and vases, in order to use them later, would not be a good idea. HOWEVER, that is no longer so. Now 3D printing implies making awesome things from some ready-made cheap stuff.

First of all, you have to buy it. We suggest getting test tubes from the Amazon, where 6 are sold at $7 or a bit more. Once you have them, you have to decide which CAD software to use. So it’s not about describing each step of the process, we’ll just describe how others do that.

The next step is to create the model, for example – a vase. Some suggest using two softwares – Solidworks and Fusion 360. The latter is free, whereas to get the former you will have to get an extremely costly license. If you decide not to use Solidworks, the result will be almost as good as with it. The difference is in the Wrap tool, which is characteristic of Solidworks. 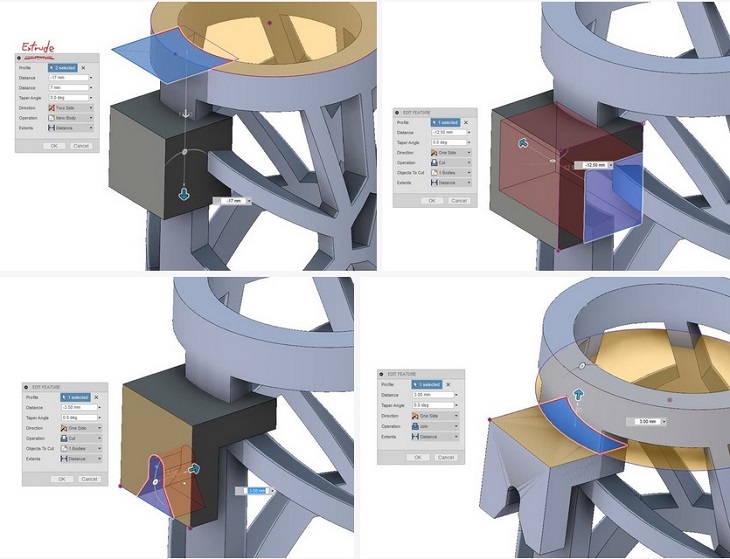 Working with Fusion 360, first go to this link and set up Voronoi sketch generator (the instructions are provided on the page). Do the following sequence in new Fusion design – File>Scripts and Add-ins>Voronoi>Run. Find the Pattern height and Pattern width numbers, which are most important. Make them narrow, about 1.75 cm. Then right click on the sketch and save as DXF. Now select all the elements of the sketch and move them down clicking “Move”. Drag it and place it inside the vase body. 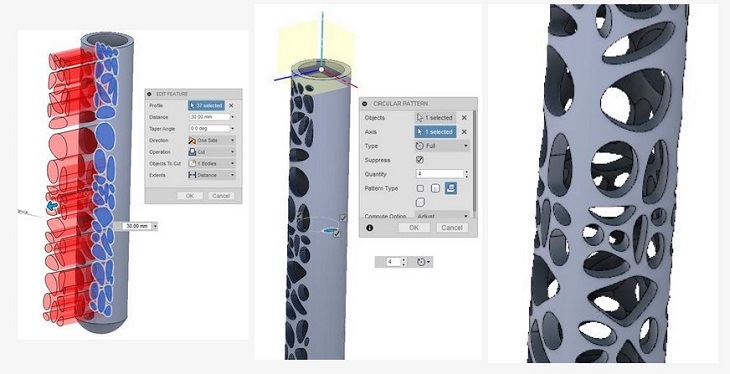 Clicking extrude you allow cutting the pattern into the vase. The next step is the following sequence: Create>Pattern>Circular Pattern. In the History tree there is Extrude feature, then choose Z-axis and in he point Quantity change into 4. Here is your vase. But one thing needs to be changed: it shouldn’t lie on the side. Make use of mounting geometry so as to hang the vase.

Now you can print. You may do that in ABS on a uPrint. It requires some support material. SLS nylon and other stuff would also work well. After printing slide the test tubes right in, fill it with water and now put any plant inside you like. Your unique vase is ready!

Check the Instructubles webpage to find more details about the project. 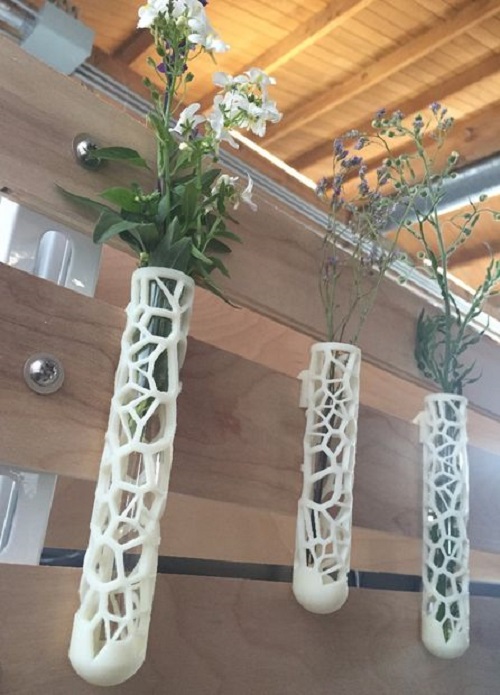