3D printer is the rescue for a tortoise? Yes this is what happened in Brazil, Santos São Paulo. According to a team of animal lovers the 3D printer saved the life of a tortoise, with the application of 3D printer making inroads into veterinary medicines. A team of a dentist, a veterinary surgeon and a graphic designer spent 3 months to come up with 3D printed prosthetic replacement shell for the ailing tortoise that lost the original shell due to a forest fire.

Fred the red footed tortoise from Brazil was found in the verge of death after a horrific wild forest fire, Fred’s shell had burnt out and she was in dire situation, tortoise use their shell to protect themselves from predators and protect themselves from external ailments. Without the shell Fred would have prone to illness, injury or possibly death. 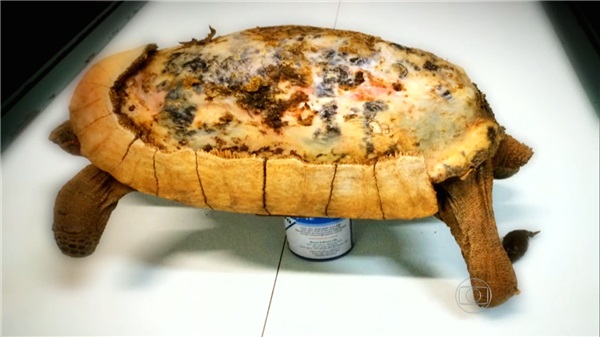 When Rodrigo Rabello – a passionate veterinarian had a look at the animal, he was touched and immediately solicited his help. Rodrigo compared the animal with Freddy Krueger, after seeing the extensive damage on the animal’s back. Until he started treatment that he realized the tortoise is in fact female, anyways the name Fred was established. Soon Rodrigo was joined by three other specialists from all over Brazil to rescue Fred.

First stop was the mid-west state Mato Grosso, where graphic designer Cicero Moreas formulated a way to reinstate Fred’s shell, he took 40 different photographs from various angles of a healthy tortoise, then he compared those photographs to that of Fred, then he  created a 3D model which would fit Fred’s back and dimensions would replicate Fred’s original shell. Then 3D model was passed on to dentist Paulo Miamoto from costal city Santos, who printed the digital construct into a physical shell.  He used a desktop 3D printer and decided to print with durable PLA material. The printing process took grueling 50 hours for a single piece, there were 4 such pieces to put the shell back. It took whole week for all four pieces of prosthetic to be manufactured, polished and put together. 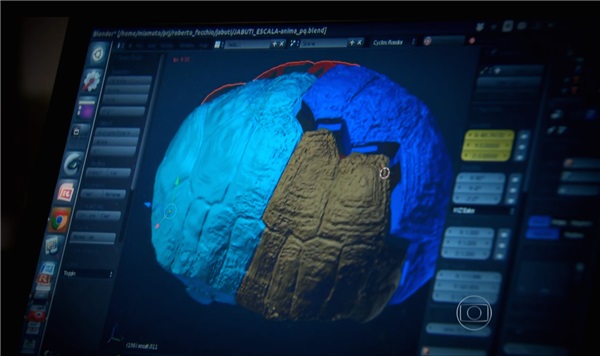 While all of it was being done, it was time for Fred to take the long journey from Brasilia to Santos, for her to undertake the surgery. The surgery was intense, performed by Roberto Fecchio an experienced veterinarian and at the end of the surgery Roberto was able to put the 3D printed shell on top of Fred. The shell fit so perfectly that it didn’t require any external screws to fasten it.

Past, there were surgeries when tortoise received prosthetic shell replacement but all of them were confined to covering the existing shell while the original was healing. It was the first time when a tortoise was fitted with a full prosthetic shell as a replacement. Rodrigo hail it as a milestone in veterinary medicines for wild animals. 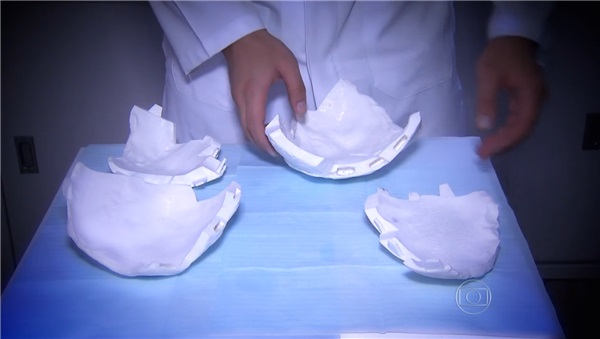 Future looks promising for Fred. While he has been recovering very well, he is able to take strolls in the garden, enjoy the sun and retreat into her brand new 3D printed home/shell. Although Fred is showing all good signs, but since the prosthetic surgery was first of its kind, doctors aren’t sure how long the 3D printed shell will hold up – it may need a replacement. So, Fred will continue to be under observation. Artists from all over the Brazil have shown interest in paint the white PLA shell to give it more natural color and feel. 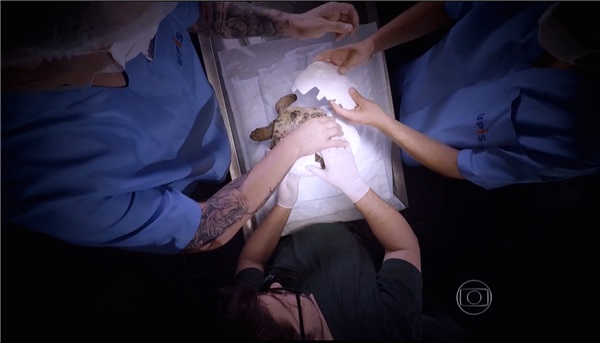 In modern veterinary practices, the technology has come to the aid of wildlife – recently the same surgeon who performed on Fred, had operated on a Toucan who had its beak broken while it smashed into a window. The beak was fixed – a replacement was attached carefully so that the bird could reintegrate into the crowd. A flamingo from São Paulo zoo received a carbon fiber prosthetic leg when its leg was amputated due to an infection; post surgery, flamingo was able to walk of its own again. 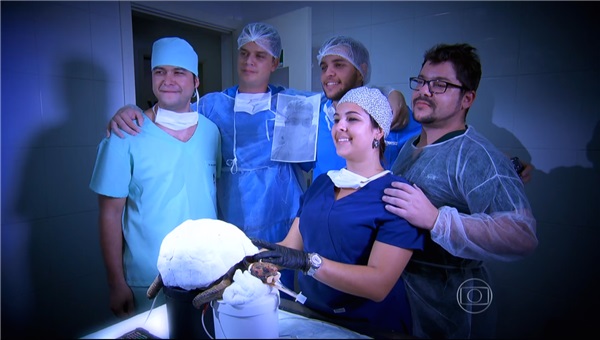 These animals were given a new lease of life, thanks to new innovative medical technologies and dedication of doctors who came up with creative ways to help animals in need. 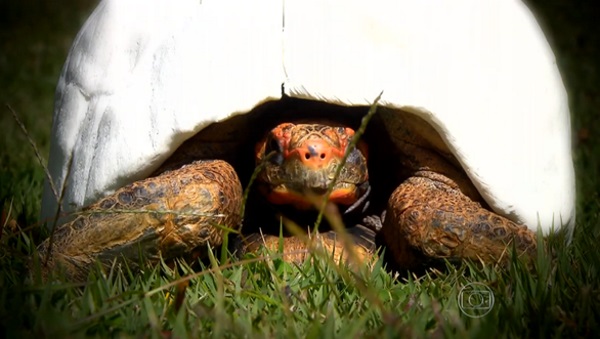