Organovo is permanently following the plan connected with organ bioprinting research. They’ve already conducted several studies and released the results of the cellular analysis of liver tissue – exVive3D – for the purpose of pharmaceutical tests. Now this bioprinting company is coming closer to human kidney tissue analysis. During the 2015 Experimental Biology conference that took place in Boston, Organovo showed the participants the intermediate results of the work they’ve done on the in vitro three-dimensional kidney tissue.

During the conference Organovo showed their most recent research – 3D printed duct system part that can be attached to the kidney – kidney proximal tubular tissue – with various types of cells. The tissue is likely to remain in vitro for two weeks. Such a kidney portion can help in clinic trials of medicines. And the fact that they consist of different types of cells provides the basis for further achievements and new types of complex tissues. 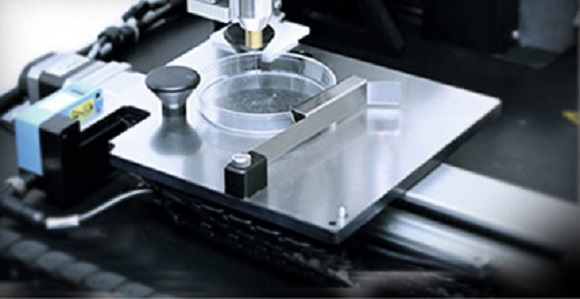 According to Dr. Sharon Presnell, Organovo CTO and Executive Vice President of Research and Development, their bio-printed tissue of human kidney is a technical progress over the conventional monolayer cell line cultures, which are popular nowadays. The functional and histological properties of the primary prototypes are strong, and the in vitro strength of the system is likely to enable the estimation of the effects of drugs at physiologically relevant chronic doses. In addition the complexity of the system will help to support mechanistic research into drug reaction, like final points which have been so difficult, if not impossible, to assess in vitro, like post injury recovery or tubular fibrosis.

In the United States there are 25 million people suffering from kidney diseases. Those printed tissues are the small steps to dealing with such diseases as polycystic kidney disease. Probably in future it will be possible to create a printed kidney and transplant it. 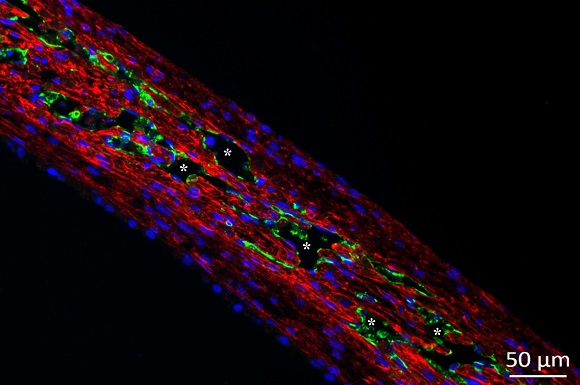 Even though it will take a long time to become true, 3D printed organs can pass over the need for immune-suppressants. Both of the methods will help the body avert rejection of transplanted organs and causes of other post-transplant complications. But as there is still a long time, organ donation is still necessary and important for more than 123,000 people on transplant waiting lists in the States. It means that Organovo kidney tissue will be pharmaceutically tested during the short period.

Keith Murphy, the CEO of the company, declared that the kidney is a vivid example of the company’s capabilities in bio-printing organs. The results they showed prove that the concept of their kidney is going to become the core commercial project for Organovo. These are just the first results, the researchers are going to use them further for their consumers in toxicology. They often express their interest in finding better ways to deal with toxicity of human kidneys.

According to Organovo, there are almost one in every five drug patients who fail the third phase of trials because of toxicity. Only a few of the models that are popular today in testing the impact of drugs on kidneys.

If the company manages to create another project, similar to the exVive3D liver project suitable for kidneys, scientists will get a better way to test toxicity on kidneys. That will ensure that medicines will appear on the market sooner, having fewer chances to disappear from shelves in future because of the wrong tools for proper experiments. 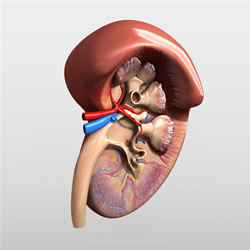 The tissue consists of human cells of three types – epithelial cells, the layer that consists of renal fibroblasts, and endothelial cells. All of them preserved their original shape and survived the two-weeks’ in vitro, and also during this period microvascular structures grew inside the tissue.

The kidney tubule tissue is absolutely human and consists of numerous cells and polarized renal proximal tubular cells, living interstitial layer made up of renal fibroblasts and endothelial cells. Immunohistochemical tests show perfect evidence of multicellular junction formation between epithelial elements and firm maintenance of the layered structure during two weeks in vitro. Epithelial cells inside the multi-layered tubular model express CYP450 mRNAs and have gamma-glutanyl transference activity, both of them are the signs of RPTEC function. And even more, the primary characteristics have shown that GGT expression rises with two-weeks off post-fabrication.

The kidney consists of filtering elements – glomerulae. That’s where all the capillaries are situated. There are tubules – that consist of four parts – distal, proximal, collecting duct and distal. They all take all the waste that you shouldn’t get rid of. Without glomerulus no kidney function is possible. 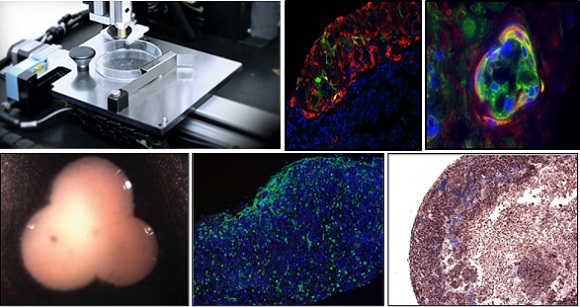 Anyway, the most important achievement is that they’ve managed to 3D print the living interstitial layer that consists of renal fibroblasts and endothelial cells. They are approaching the moment when they will print the whole kidney, if they manage to place proximal tubule into the right position. There is still a lot of work for Organovo to fulfill.