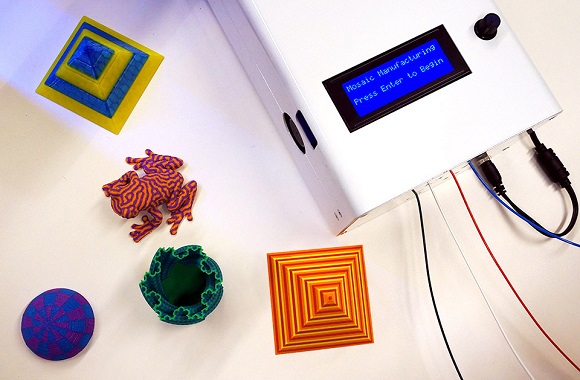 3D printing is nearly the most suitable technology for making toys at home. However, the most affordable desktop printers are able to create just monochrome models. A start-up based in Montreal called Mosaic Manufacturing has developed Palette – the new filament feeding system, with which a single-extruder machine becomes a multicolour 3D printer. It is something that brings together the printer you have and the ever-advancing filament options. 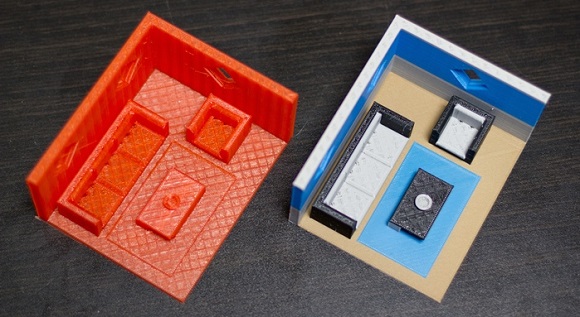 You can add as many as four different colours or try steel, wood and conductive varieties. It works together with your printer. It measures how much filament you need for each element, cuts them, and then mixes them together into one uninterrupted string for the printer. If you want to make a multicolour print, you will have to buy an excessive colour printer (the new Cube Pro C by 3D Systems costs $4,990). Or you may try and hack the monochrome 3D printer you have and add calibrated nozzles to allow more options. 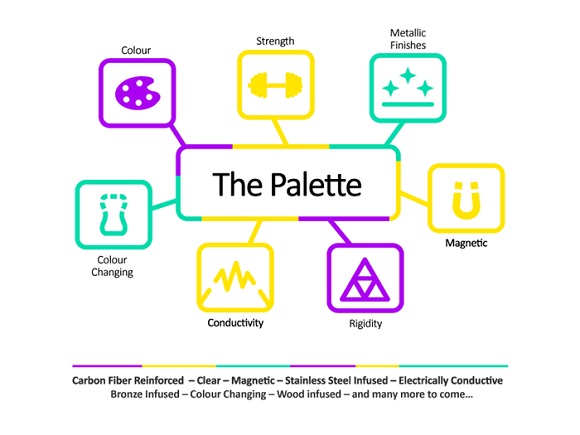 However, as a rule the added ones are a bit heavy and increase the printing time. With the Palette there is no need in extra stuff, and you will not face all the inconveniences. It works just like any other 3D printer, which uses a 1,75mm filament, a conventional diameter for the majority of printers, so you will not have to buy any extra hardware.

The developers Chris Labelle, Mitch Debora and Derek Vogt began with open-source software and firmware, so Palette matches the ecosystem that makes the 3D printing world move. Like the majority of 3D printing companies they also relied on crowdfunding. You may get the prototype on Kickstarter at $899 – that is the price for extension device. If you have earlier bought a 3D printer, that will be considerably cheaper than to upgrade to a multicolour machine.