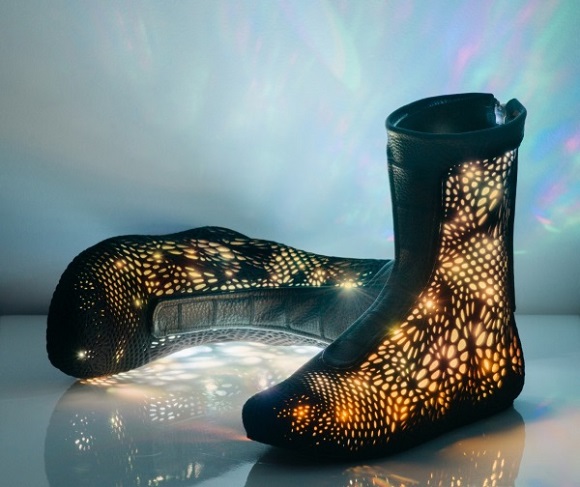 SOLS – the pioneer mass producer of orthotics – has announced its view on the future of footgear this Valentine’s day during the NBA All Start Weekend event , FAST-AW15, organized by Carmelo Anthony of the New York Knicks, MADE, Intel and Katalyst live.

ADAPTIV is a 3D printed kind of footwear, which uses a system of pressure sensors and gyroscopes. It can move fluids and air pressure all over the shoe thus supporting the body movements and shifts. 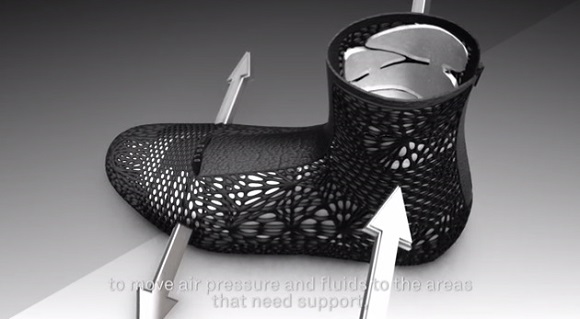 SOLS notes that they’ve always considered that the design, function and shape of the shoe should be regarded as a whole and need to be customized to the wearer. Customized footgear protects athletes from various kinds of traumas and injuries and also helps achieve better results.

SOLS Systems was founded in 2013. It is the company that does re-engineering the way people walk supplying the consumer market with customized 3D printed orthotics. In April 2014 the company got $6.4 million in series A funding headed by Lux Capital. 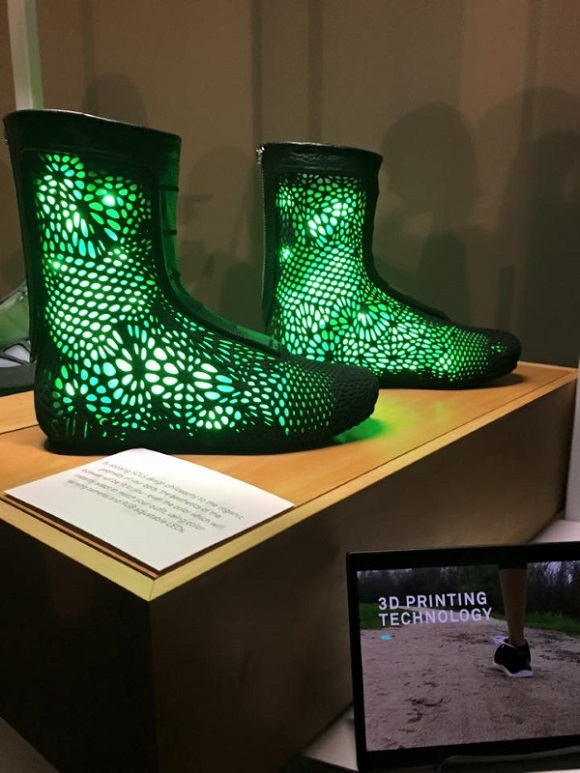 ADAPTIV is shoe concept based on modules, free from waste and glue, produced on request and customized for the wearer. Based on instant adaptability theory ADAPTIV adjusts itself according to the body movements through the system of pressure sensors and gyroscopes that tell the adaptive materials of the footwear to move fluids and air pressure to the areas where support is needed from the areas that demand flexibility. Wherever you make a step, you will have faultless shock absorption. 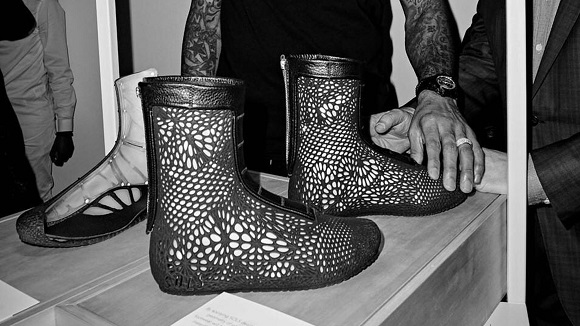 ADAPTIV is based on fashion, biomechanics and highly advanced robotics. The prototype of their footgear is the manifestation of responsive, transformative and adaptive technology.

Kegan Schouwenburg, CEO of SOLS, told that they were inspired by highly advanced developments in soft robotics and they understood it was the opportunity to develop a cellular construction that imitates and responds to the wearer’s movements. ADAPTIV is going to be the next stage in the evolution of footgear.

Jordan Diatlo, SOLS Lead Industrial Designer stated that when individuals make steps, there is shock absorption and as a result they have a perfect posture. Jordan’s interest in emerging technologies like shape memory alloys, multi-material 3D printers mainly predetermined the Instant Adaptability concept.

SOLS imagines that in the future shoes will not only be customized for your body and your way of life, but also customized for each movement. To 3D print the footgear with Instant Adaptability for you they will use the photos of you whole foot and ankle. With the RGB adjustable LEDs and color sensing cameras the color to the footwear will immediately adapt to match your clothes. 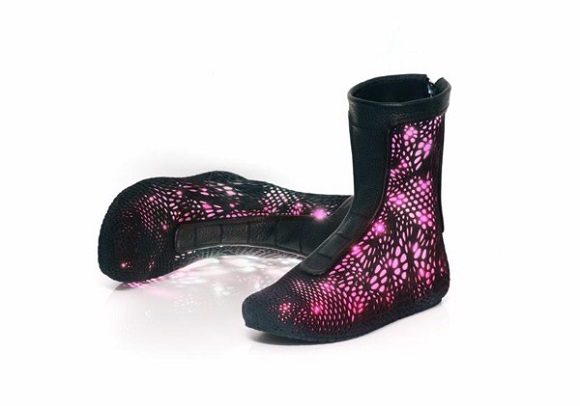 Shapeways 3D printed ADAPTIV with elasto plastic. What’s more, Continuum Fashion cooperated with SOLS to develop the design, and with Super Releaser to develop soft robotics. Schouwenburg said that about 300 million pairs of various shoes are thrown out every year, and their task is to use 3D printing to change that.