Whippets are creatures of grace and speed. One look at the dog’s anatomy and it is very obvious that its most prominent and distinguishing assets are its legs. The long legs of a whippet give it the kind of speed and acceleration that is unmatched by any canine breed. Thus, a whippet losing one of its legs is doomed to a life of a misery that is almost equal to death. One can only imagine the suffering and trauma experienced by Romina, a dog that severely injured both of her legs in a freak lawnmower accident in Brazil.

Using titanium plates, veterinarians were able to heroically save her left leg while the right leg had to be amputated altogether. If there is any way a whippet can be given a death sentence, then this has to be it. Devoid of her best assets, Romina would be reduced to a shell of her former self the rest of her dog years. Luckily, the owners of the dog went out of their way to give their beloved dog a second chance in life. 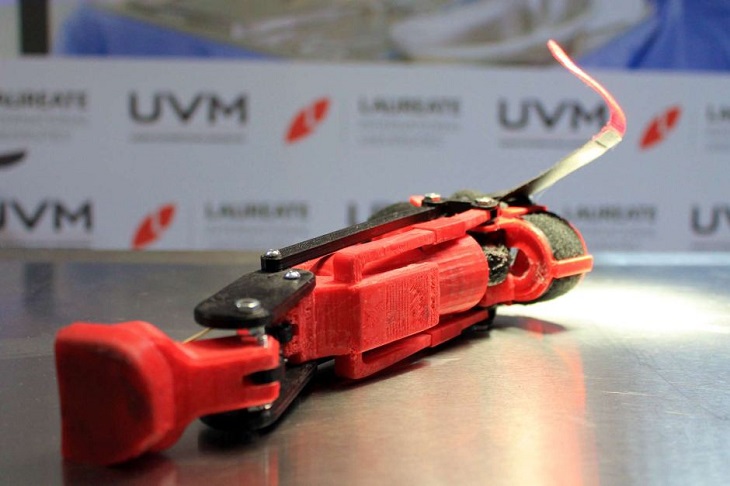 The second chance came in the form of Dr. Beremiz Sanchez, who managed to remove the titanium plates from the dog for a chance to replace them with a fully-jointed prosthetics. Together with an ingenious team from the Universidad del Valle Mexico’s Veterinary Hospital (UVM), the good doctor was able to come up with a design that will not only allow Romina to stand, but to also move the way nature intended her to. The complexity and dedication to the job at hand took the team a better part of more than half a year to complete the task.

Without 3D printing technology, the task would have been infinitely harder and longer to complete. Because the technology allows the team to recalibrate the design down to millimeters, the prosthetics will really help Romina regain her natural movements. Plus, the constant tinkering of the virtual model saves everyone time and effort as any developments or changes can be applied without having to go the usual way of time-consuming fabrication of objects. The production of custom-made prosthetics is truly an area that 3D printing technology is suited for.

The ordeal, however, does not end with the production of the fully-jointed prosthetics. Romina has to adapt to the new leg in order for her to move as naturally as possible. Unlike people, who can be told right away what to do and what to expect, dogs have to learn by experience in order to adjust to the new extremities. The UVM’s physiotherapy department will be Romina’s home for the meantime while she continues to learn how to walk on her new leg. 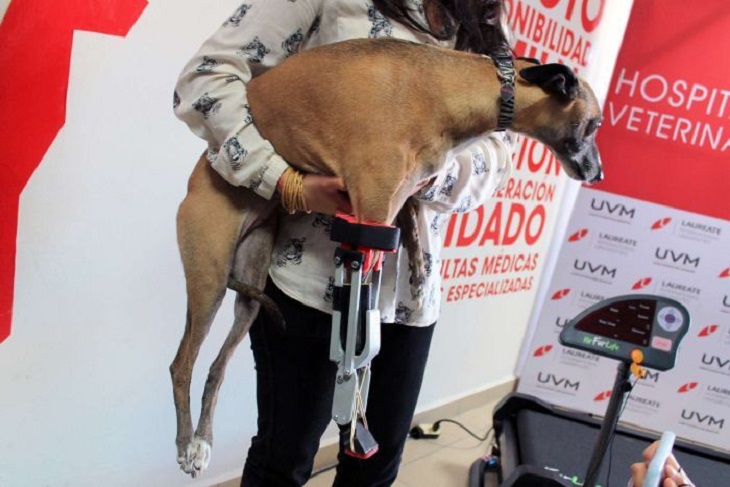 The next phase of the process will proceed once Romina has fully-adjusted herself to her prosthetics. Dr. Sanchez and the team from UVM will then use aluminum on a new leg that looks the part. The success has enormous potential as well for a wide variety of animals that need personalized prosthetics. In the near future, UVM will deliver the same service for turtles and crocodiles that deserve a second chance in life.