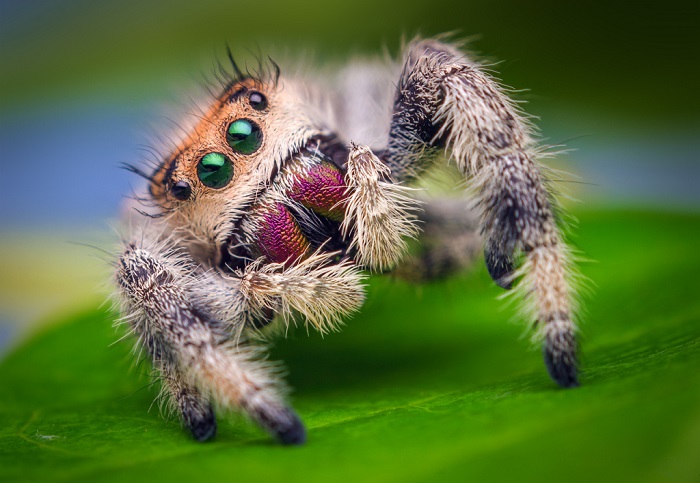 Can spiders make sense out of virtual reality? Yes, they do. Biologists at Macquarie University, Sydney Australia – on watching spiders interacting with virtual reality on 3D printed otherworldly, not relegated to thrilling echelons of the food chain.

Biologists Philip W.Taylor and Tina Peckmezian put together an intricate test; spiders were chilling literally while they were gently manipulated. Spiders had a short stint in the refrigerator, where they were relaxed while placed on the chilled granite block. Biologists then did something which may overlap sci-fi and comedy; tiny magnets were attached with the even tinier amount of glue on the creatures’ bodies, quite an experiment.

The intent of the biologists was to facilitate simulating fun experiment. Yes, even spiders want to have fun! The magnets allowed the creatures to be lifted onto the 3D printed miniature treadmill. This experiment gave spiders to experience something so hi tech which human beings have not yet tried out.

Intact with the well placed magnets, spiders stood on their 3D printed platform in front of the video screen which is technologically enhanced and mimicked natural surroundings, however, there was no fly catching or web spinning, obvious lack of movement. Captive audiences were accommodating and shared neurological recordings while walking through virtual reality.

“The idea of spiders walking around through virtual space may sound like a science fiction; 3D printed technology has been an incredible tool in the neurosciences and behavioral sciences. Common goal for animal behavioral biologists and researchers is to mimic an ecologically relevant environment as well as realistic conditions which also can be controlled and reproduced across multiple trials” – said Peckmezian.

Researchers came up with entirely smart yet simple setup, allowing spiders to maneuver from real world onto the 3D printed platforms through VR setup, which was marked with items that could back and forth or be blank. Quite a triumph, the researchers were able to showcase spiders could indeed were simulated according to beacons of light and pillars. Spiders may seem to have memory recall, game after game if they had seen symbols; they were seen gravitating to symbols if shown again.

Spiders which were placed in VR conditions which were shown randomly placed symbols were not active as others, allowing researchers to gather vital research data and future study mediated in invertebrates.

“Emphasizing on 3D virtual environment, there is a trade off – researchers can test an animal in a natural environment, but can’t control surrounding variables on a particular day, or you can present a well placed automated stimuli, but the setup doesn’t provide an important feedback to the responding creature. Whereas virtual reality lets you do both, you can create immersive, highly real-life like 3D virtual environments that update in real time as the animal maneuvers through it and since creatures are typically restrained, while neurological, behavioral and physiological parameters are being recorded.” – Peckmezian.

For this typical research, Jumping spiders are preferred because of their unique ocular structure, which are composed of four pairs of specialized eyes which are clad with its own single lens. They were also chosen because they are just like humans capable of seeing in color, depth perception and exhibiting an astonishing spatial sense, given their eye size.

Subject and technology makes a perfect fit for research, Virtual reality and 3D printing show off their cohesion in this case, along with unique design capabilities by engineers to facilitate design a treadmill for a large creature or a tiny spider.

The researchers came up with a peer reviewed paper entitled ‘A virtual reality paradigm for the study of visually mediated behavior and cognition in spiders’.