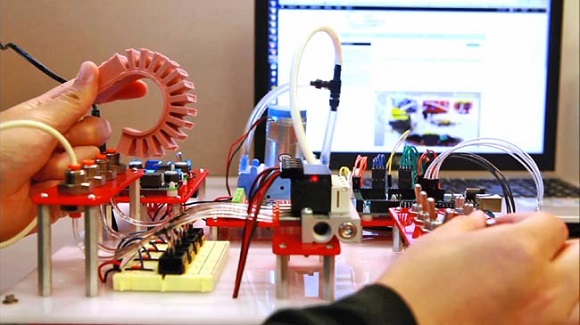 If you visit our web-site more or less often, you may have noticed that 3D printers are quite often used by enthusiasts to create small robots. This is not at all surprising, because 3D printing is a proper way to create unique components in almost no time and robots are small and funny things to get involved. But to some extend that is the result of the open-source software becoming more available, and thus robotics also become available.

A couple of weeks ago scientists from Harvard released a new line of software with which hobbyists all over the world will be able to tinker their own robots. But scientists from Harvard made their invention reach a new level. As their up-to-date Soft Robotics Toolkit is an all-around set of knowledge, samples and experience that are going to help all the robot enthusiasts develop into the world of soft robots. Soft robots are derived from the concept of biological systems, where all animals and plants are made up of elastic and soft structures (for example, the skin). As for robots, that would mean that they are going to move further from square plastic forms and will be made of flexible materials. 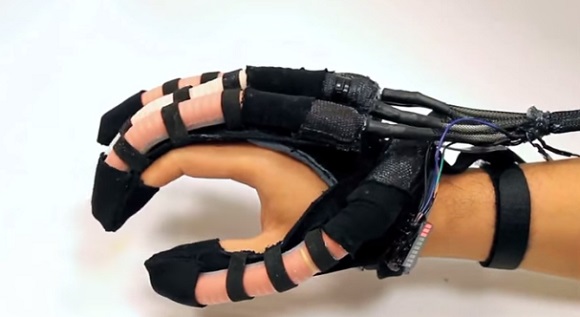 On their website developers explain that their soft robots will represent a wider range of possibilities. First of all, the compliant materials they are going to use will set more intelligence into the robots’ mechanics, and so designers will be able to simplify the complex mechanisms in comparison with the traditional robots. Second, the compliance of soft robots will make it easier for them to adapt to a wider range of environments and tasks. They are likely to become suitable to interact with people in daily activities and in performing minimal surgeries as well.

Surely all this seems very impressive, but it might also scare some hobbyists who simply want to mess about. There is nothing surprising in it, as the field of soft robotics is connected engineers of high levels in, for example, Harvard. It’s even difficult for some of their students to enter this field. And that’s the point where Soft Robotics Toolkit appears. The toolkit is made to catch the expertise and make it more available to students. Of course it isn’t limited only to students. But it’s open-source, and everyone with creative drive or fresh and original ideas can have the future of the technology in his or her own hands. This was confirmed by Harvard Assistant Professor of Mechanical and Biomedical Engineering Conor Walsh on Harvard website, where he stated that the aim of the toolkit is to expand the soft robotics field allowing the researchers build on one another’s work.

So such an openness will do only good to soft robotics. Thus, in order to help people, Holland and Walsh developed an educational toolkit, which is a real treasure of open-source plans and how-to videos to be downloaded. Among the available case studies we can name a soft prosthetic hand, pneumatic gloves, a transparent loud speaker and a cardiac simulator to name only a few. Various laboratories and scientists from Harvard suggested all the useful content. The Toolkit also gives researchers bills of materials, 3D models, experimental data and lots of other things. Each part of the web-site is dedicated to the whole soft robotic device or its component. On the web-site the sections are design, fabrication, modeling, testing, case studies and downloads. Sharing their experience and knowledge, the scientists wish to inspire hobbyists and students to develop their own data, tutorials and setups.

3D printing food pilot is about to appear in Dutch supermarket chain
Future: Soldiers may have their bones 3D printed and implanted in case of injury
3D Printed Turbopump For Rocket Propulsion Successfully Tested by NASA
3D40-EDU: The New Educational Printer from Dremel