A teacher from Missouri builds a $20 PowerPoint 3D printer

A teacher from Missouri builds a $20 PowerPoint 3D printer 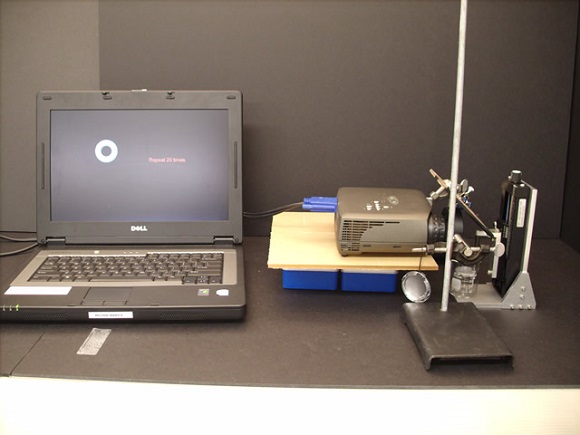 There is continuous debate about the use of 3D printing in classrooms: some teachers absolutely welcome it, whereas others are too afraid to use new technologies during their classes. Some teachers have decided to learn to operate various printers themselves, whereas others plan unique lessons using the machines. 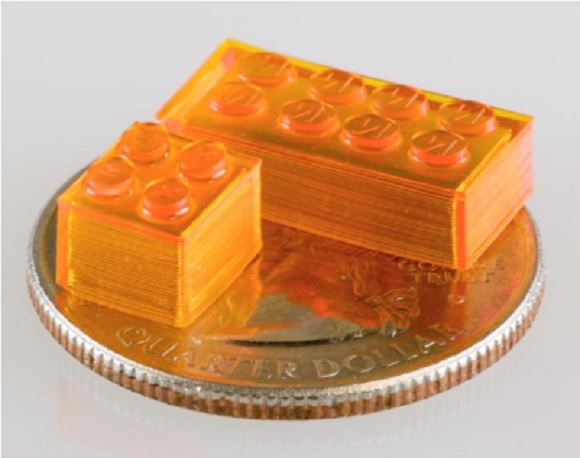 One of the high school teachers from Missouri is making a completely new use of 3D printing. Dustin Klenke teaches robotics, biology and physics at Union High School. Recently he has attended an NSTA – National Science Teachers Association – conference, where he acquired a lot of new knowledge concerning creating his own micro-SLA (microstereolithographic) 3D printer. The presentation was delivered by Joe Muskin, it was part of the project carried out by the University of Illinois at Urbana-Champaign. Everyone who was present at the conference was explained how to create their own 3D printer based on the concepts that we observe in today’s DLP-based SLA printers, but the new 3D printer works in a completely unique way.

Klenke explained that they use SLA gel, but they don’t use a laser for polymerization. The common data projector focuses through magnifying glass and shows each layer in 2D. You can create the images with slides or simple shapes in PowerPoint. It will solidify the whole layer, reducing the need to move the components in various directions. 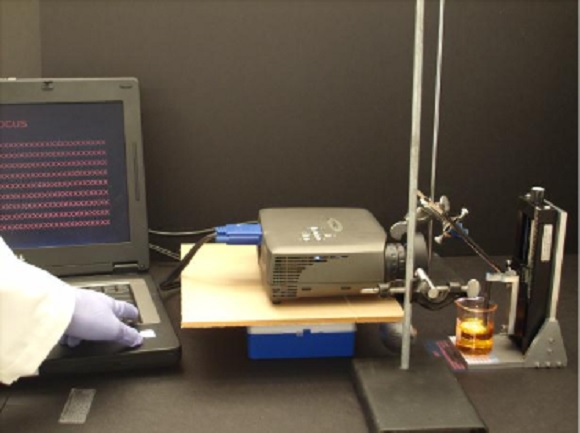 Such a process relies on the project led by Professor Nicholas Fang that was carried out at Illinois University. Its name was microstereolithography: a common projector created things with extremely thin layers – 400 nm. $20 was enough to buy all the necessary things in a hardware shop, not including the cost of the projector. But a projector is not a problem since each school already possesses them. Klenke noticed that there is only one mechanic part – the elevator, which moves the platform down after each layer has been solidified. 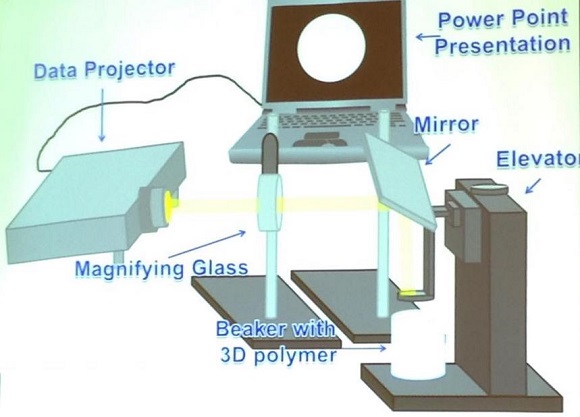 The process is similar to that of other common DLP SLA 3D printers. The liquid polymer fills the beaker, and the slide or PowerPoint is loaded on the connected computer. The first slide is shown through the projector. Each image is exposed for five to ten seconds, after that the slide goes all black. When the blank “black” slide is loaded, the stage with the beaker lowers and liquid polymer flows over the structure. After that another image is exposed and everything repeats until the 3D object is ready. You may find examples of PPT files following this link. 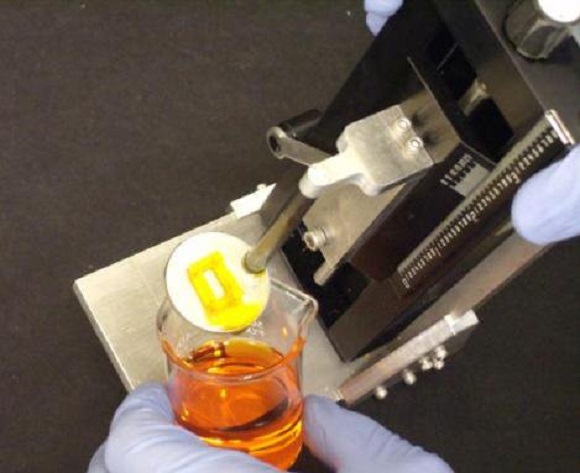 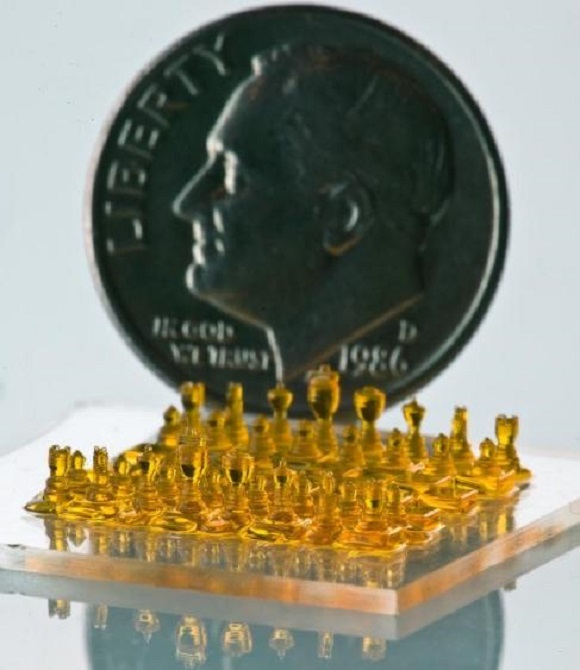 Klenke’s class is developing the elevator design; it is made up of wood mostly. The printer can create detailed objects of very high quality. Klenke is a teacher who is aware of the importance of introducing 3D printing at schools. Furthermore, he allows his students to build a 3D printer themselves. That is what distinguishes him from the majority of other teachers.