Order Your Own 3D Printed Guitar At Customuse

Order Your Own 3D Printed Guitar At Customuse 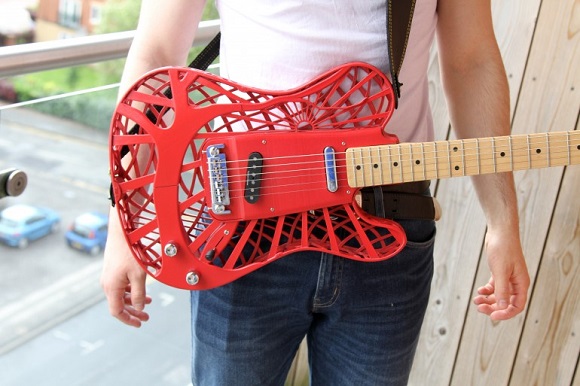 It does not matter whether you are a professional guitar player or you’re about to start learning how to play it, it’s obvious that the color, hardware and the shape of the musical instrument you are buying are determined by the producing company. If you want to have something peculiar, be ready to pay a fortune. 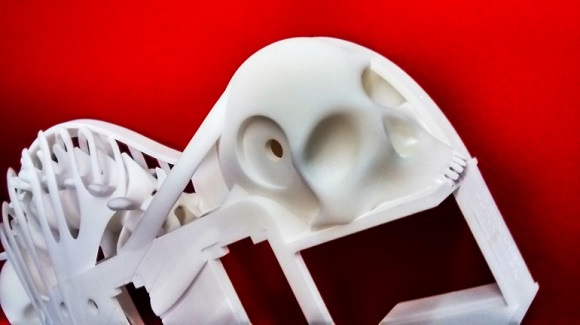 But with the development of 3D printing technology you can get the guitar of your dream at a reasonable price. That is a profitable offer from UK’s Customuse. The company is going to present all the available designs on a browser-based platform for full customization.

Mahdi Hosseini, the founder of thе Company says that when his girlfriend could not find a unique guitar at a reasonable price for him as a present, he came up with say an idea about Customuse. Mahdi had always been obsessed with 3D printing and when they were discussing the possible more efficient ways of creating personalized affordable guitars, he suggested using the newest technology. 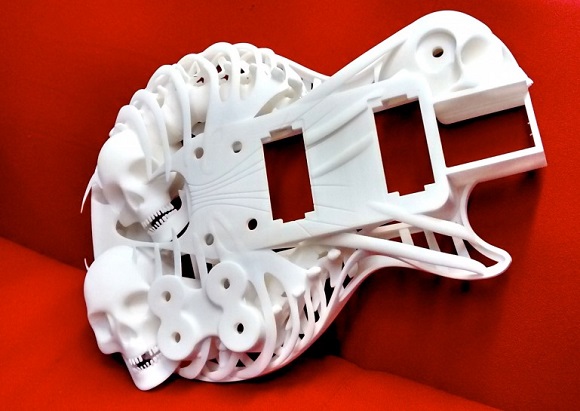 You should not think that every detail on a Customuse guitar is 3D printed. The body is 3D printed and wrapped round the tone wood block that is machined with a CNC. All the hardware like pickups, tuners and bridge are the same as on the traditional guitar, and the neck is made of wood. SLS machines allow them print guitar bodies as single pieces with nylon 12 powder that is how they create stronger and more resolute constructions if compared to other 3D technologies. As a result, they got a firm body with rounded edges. In future to create the affordable version of guitar they are planning to use a lighter and cheaper fused deposition molding process (FDM). However, this FDM technology has some restrictions and the results will not compete with the models developed by SLS process. 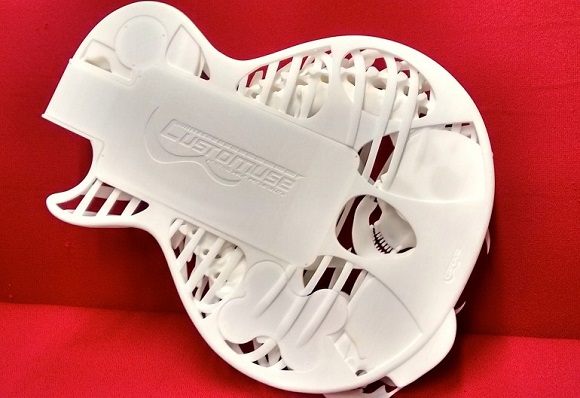 Now there are three pre-designed models on offer, but only two of them have been 3D printed. One of them, the Tele-shaped Sunrise, has a 25.5-inch scale American maple neck with a rosewood or maple fingerboard. It sports two Seymour Duncan Alnico II Pro pickups, master volume and control knobs, a wraparound bridge and Grover Mini Rotomatic inline tuners. 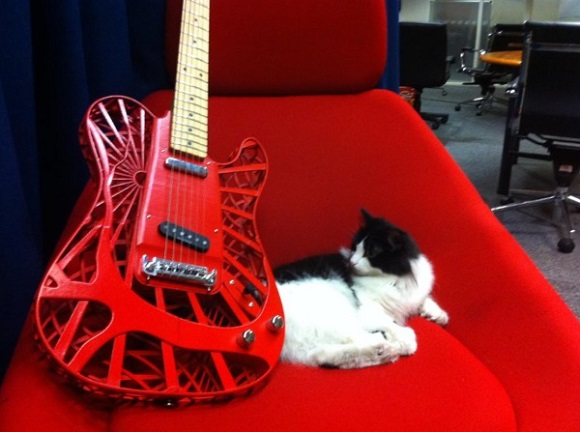 Les Paul-shaped Necromuse has a rosewood fingerboard and a 24.75-inch scale mahogany neck, chrome Grover Mini Rotomatic tuners, Seymour Duncan Alnico II Pro pickups and a common bridge and tailpiece. On the whole it looks as if it can easily be used by someone from Alice Cooper’s band. All the models are represented on the company’s Etsy store at about US$2,500 each. 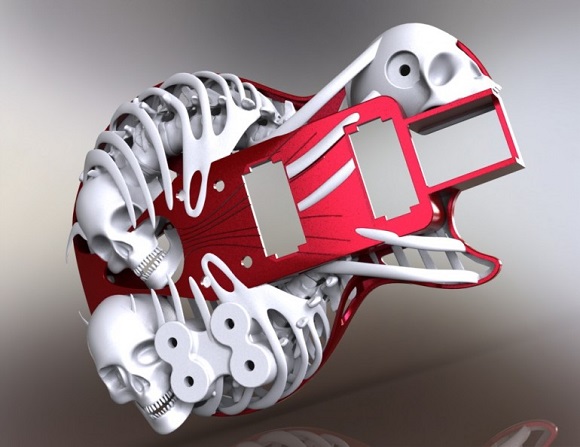 Customuse are trying to create an online platform where players could develop custom guitars for 3D printing, choose hardware and tone woods. With the special browser-based application buyers can also choose the guitar of their favorite shape from the suggested range, then choose the templates for each design. When the customer chooses his favorite color scheme, he can choose hardware out of the suggested range. Having confirmed printing, you have to wait for the guitar to be delivered in about two weeks. 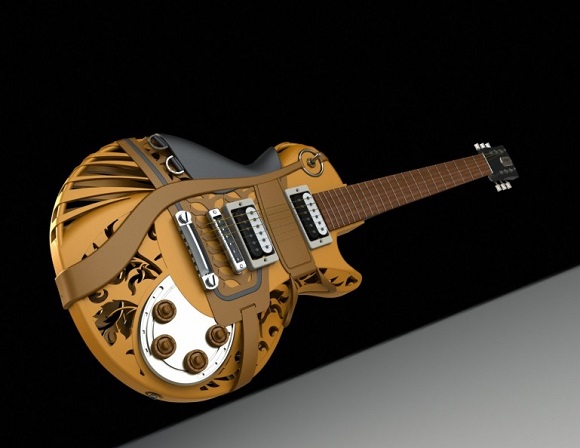 As the founder of the company explains, they let their customers choose the tone of wood according to their special tone. They advise to choose ash for brighter result, and walnut or mahogany for those for those who prefer a warmer darker tone. If a player decides to choose the color on spec, then the producers will choose the tone wood according to their own taste (as it will seem to them to match a particular model). 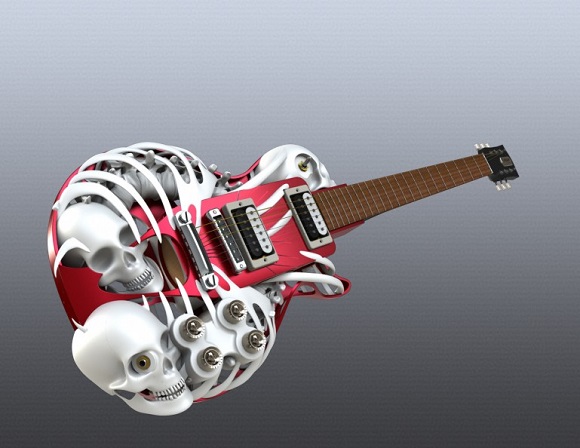 The same dimensions are used for all the wooden center blocks, thus it is easy for any customer to change his guitar (ordered at Customuse) into the guitar of another shape just ordering a new body. A special service is also offered to customers, which allows a user work together with a Customuse designer and develop their own unique musical instrument. That will cost about £5,000.