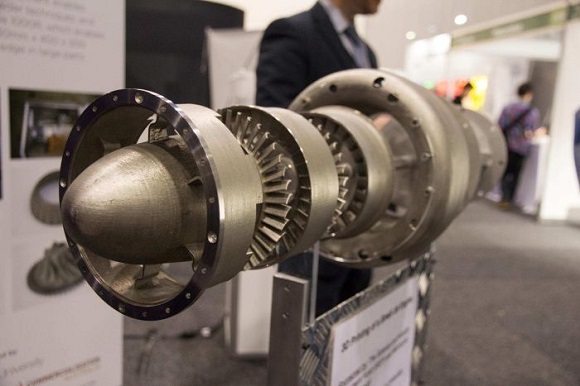 Scientists from Monash University, Australia, together with CSIRO and Deakin University have recently created and introduced a jet engine. Its peculiarity is that it was 3D printed, and this is the first time the whole aircraft engine has been 3D printed. Their engine is an exact copy of the gas turbine engine, which is the secondary power unit, used in such aircraft as Falcon 20 private jet. Microturbo (Safran) – the aerospace company from France – explained that they had chosen that kind of engine because they wanted to display the internal workings.

They have so far printed two jet-engines. One of them was displayed during the International Air Show in Avalon about a week ago, while the other is on display in Toulouse at Microturbo. 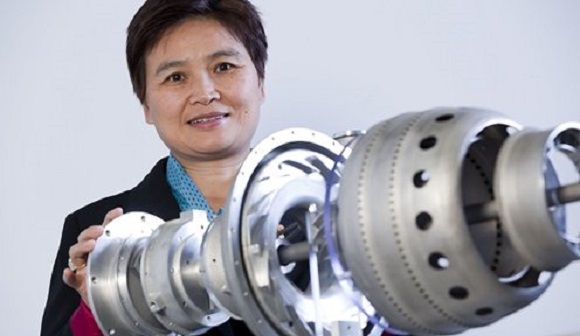 Since the model is not new, the scientists of the university had to dismantle the engine so as to scan each component separately. The director of the Monash Centre for Additive Manufacturing Professor Xinhua Wu said that it was a challenging task for the whole team. It got funding from Monash University, the Science and Industry Endowment Fund (SIEF). It took a year to complete the whole project, but the printing process itself took just about a month. All in all the team printed 14 main components on metal laser printers. Wu claims that the component will be experimented with in two years.

Such a project is the evidence of the idea that will lead to important agreements and treaties with aerospace companies. As Ben Batagol from Amaero Engineering – the company founded by Monash University to introduce the technology to Australian industry, says that the team had to work hard to make the technology successful and reliable, as no engine has yet been 3D printed.

Last November a 3D printing research and development centre was established by Monash University. Their aim was to create an expert team of researchers from medical and scientific industries and labs, who will do their best to create new applications for 3D printing. One of their activities will be training new specialists in 3D printing so as to meet the demands for the rapidly developing technology.

According to Professor Ian Smith, Monash University’s Vice Provost for Research and Research Infrastructure, manufacturing industries in Australia need to apply new technologies so as to remain competitive. And the appearance of such a centre is a good opportunity for them to produce metal tools and appliances for numerous industries.

What is the future of ABS filament?
A new futuristic idea: 3D printing humans on other planets
The First Ever 3D-printed Car Is Available at $53,000
Are Researchers Ready to Create 3D Printed Organs by Next Year?