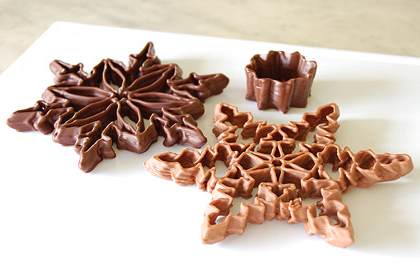 It’s interesting to work with chocolate for it is control of thermal conditions and viscidity that it needs. The chocolate melting point is somewhat 86°F (30° C)-90°F (32° C). After the chocolate chills to the environmental temperature, it will get hard. Even though the chocolate is difficult to extrude and push out, there’s still a lot to do with it. You may regulate the temperature and so the substance will become suitable for pushing out from 3D printer nostrils.

Inventor of delta ceramic 3D printer Jonathan Keep, the UK, extended the potential of 3D printing. He has been trying out 3D printing chocolate and found a cheap and easy way of printing it at home. The extruder of the delta ceramic printer was replaced with a squirt, which is actually air pressure getting its potential from a bike pump and a soda water bottle. 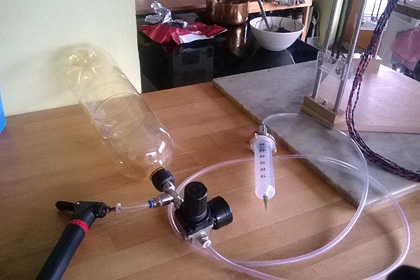 Keep supposed that liquefied chocolate won’t require much effort to squeeze, so he gave up using the usual air compressor and combined soda water bottle and the compressed air system. He also thought that soda water bottles could resist the pressure of 6Bar, and the bike pump and the pressure system of 1Bar wouldn’t be critical. The pressure was meant to extrude chocolate, as the regulator was turned up. However that wasn’t registered, so it’s difficult to say what it was. He managed to control the flow of chocolate. Filling the soda water bottle once gave enough pressure to squeeze out chocolate. Keep started with printing chocolate on the saran wrap, gloss card and the ceramic tile, which was later put into a freezer to make the chocolate solid.

This kind of printing with a bike pump, soda water bottle and a squirt taken together can be applied on any RepRap type 3D printer.