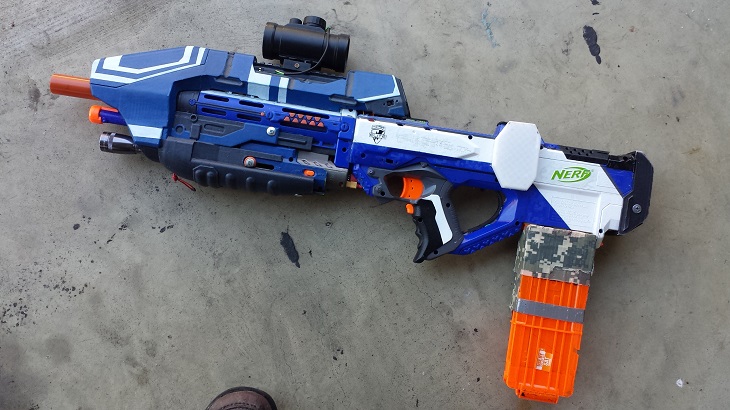 While basketball and football normally reside atop the chain of college sports, there are students who also have a severe case of fighting zombies as their primary stress relief and enjoyment. The live Humans vs Zombies phenomenon, which started in Goucher College about a decade or so ago, is becoming more popular than ever, globally at that, with the advent of the latest in technology.

As the Zombies try to overrun the human population, the humans are given the chance to defend themselves in order to survive. They have at their disposal a huge assortment of things, starting with the most unlikely weapons ever used —socks and marshmallows. Luckily, the humans are also allowed to use a Nerf Gun or more precisely a Nerf Halo 5 Assault Rifle. Because of the advancements and increasing accessibility of 3D printing, it is quite natural that players will be able to show their ingenious skills in the making of weapons and equipment. 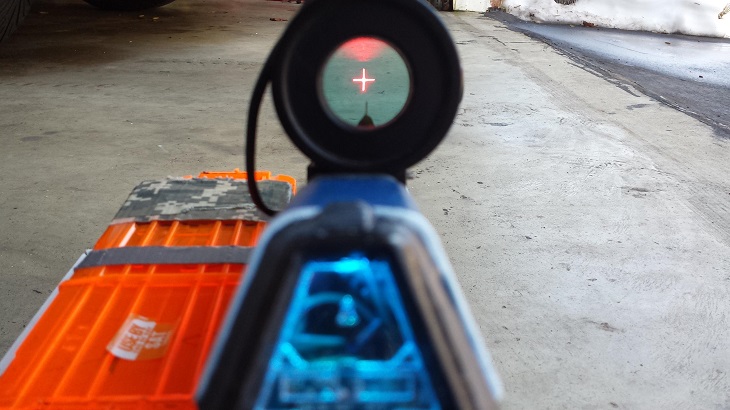 One such player that is causing a stir in the Humans vs Zombies world is Jeremy Chang, under the Reddit tag “SithSlayer 78.” In a move that shows just how desperate the humans are to survive, he hacked a Nerf Halo 5 Assault Rifle and turned it into a masterpiece of a weapon through the use of 3D printing technology. The developments incorporated in the weapon are set to tip the balance to the humans in their fight against their relentless and tough archenemies.

Using a Rockstock Max V2 3D printer, Chang was able to come up with the famous shape of the MA5D Assault Rifle. An XTC-3D coating adds a bit of luster and pizzazz to an otherwise, crude looks. Well, fighting flesh-hungry zombies usually make for a rough-hewn and battle-scarred weapon, which is what the weapon actually looks like! 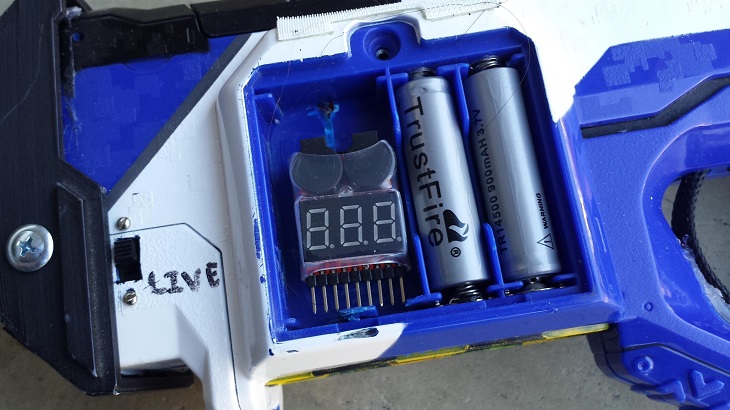 The shape and looks of the 3D-printed assault rifle is certainly not just the reason why players are really excited with. The number of incredible features makes the gun really stand out as a weapon to look forward to. Right off the bat, the coolest feature in this assault rifle is the automatic Ammo Counter. Not only does this count the ammo, it also gives the user a warning sign that he is low on ammo. By using a very loud color change, users will know when to get ready for a reload. 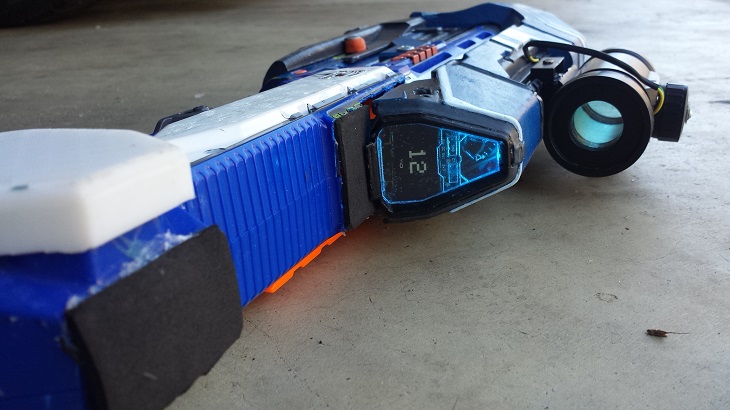 More so, another warning sign comes up when the clip or jam door is not closed. It is a rather overlooked feature until the gun fails to work and Zombies are salivating at the chance of fresh flesh. A fully-functional scope is the icing on the cake. It even has an LED flashlight when the occasion calls for better visibility. After 5 years of fiddling with the weapon’s various parts, he has finally introduced something that can really tilt the battle in the human’s favor.

Anyone who is interested can also experience what it’s like to hold an awesome weapon as the creator is leaning towards selling the 3D-printed parts, which should work with all Nerf Retaliator/Recon barrel. 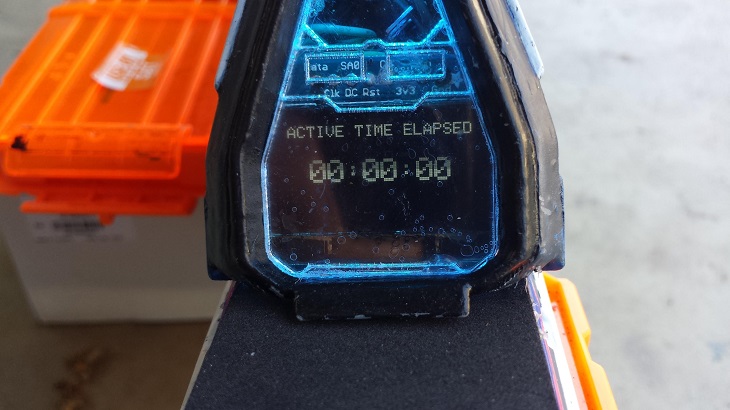