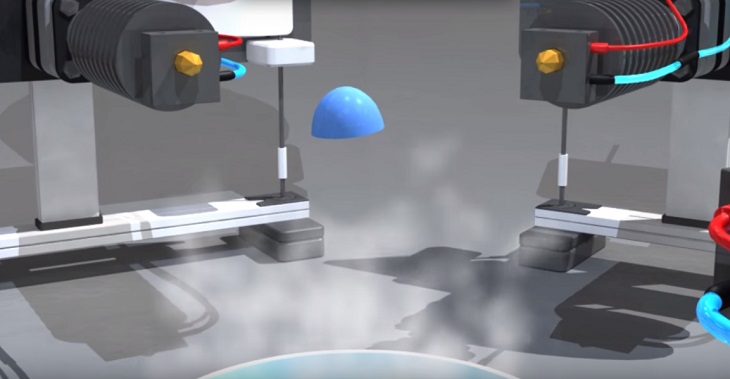 3D printing has its fair share of utterly amazing, if not absurd, processes that really boggle the mind. Some of these processes border on the absurd that one may wonder if people are not just pulling strings out of thin air. Most of the innovative ways in 3D printing, where patents are applied, can often be straight out of science-fiction movies. In fact, many of them may seem like magic at its best.

Levitation is a word that is mostly associated with magic and in the make-believe world of Hollywood. It is also the exact word behind Boeing’s patent application for a never before seen technology in 3D printing. The giant aeronautics company is going to showcase what it calls “Free-Form Spatial 3D Printing Using Part Levitation.” Yes, the levitation part is so significant that it may just change the entire structure and process of fabricating airplane parts and in Boeing’s future plans, a full-blown airplane.

Through the use of magnetic fields and acoustic waves, a number of printer heads will shoot thin filaments in the air and will be collected by what the company refers to as a “nugget.” As the nugget is floating in space, it allows for never before seen versatility and flexibility in 3D printing objects. The levitating object is obviously not bound or hindered by the limitations of traditional 3D printers. More impressively, as there are a couple of printer heads simultaneously working together, the printing time will be ostensibly faster than ever before.

The possibilities are truly mind-boggling with Boeing’s proposed technology. For one, there is no more limit to what the company can do when it comes to size. The levitating object means that there will be no build plate that will restrict the object’s dimensions. It is for this reason that the company envisions fabricating not just airplane parts, but an entire airplane itself. If that does not really cause the mind to make flip flop, then almost nothing else will.

The new technology will also allow engineers to create really complex objects without too much difficulty. Again, the critical part of the whole equation is the levitating aspect as designers can do what has never been done before and that is to deposit additive materials in places that are not possible through the use of standard 3D printers. The several printer heads working at the same time from all angles are just truly astounding. It will really take 3D printing technology to a whole new level and will definitely reshape the way engineers and designers plan their designs. 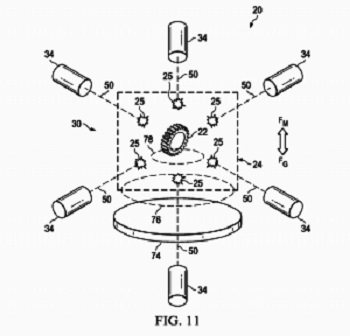 Current calculations show that Boeing uses no less than 20,000 3D-printed parts in most of its airplanes. The staggering number of 3D-printed parts also means that the company knows a thing or two about the limitations set by the normal way of additive manufacturing. Hence, it has come up with an ingenious way of doing away with the restrictions of traditional 3D printers and in speeding up the whole printing process by several degrees.

The proposed technology may have not garnered that much media attention, but if everything will work the way Boeing designed it, then it should create such a noise that will change the 3D industry in so many ways.