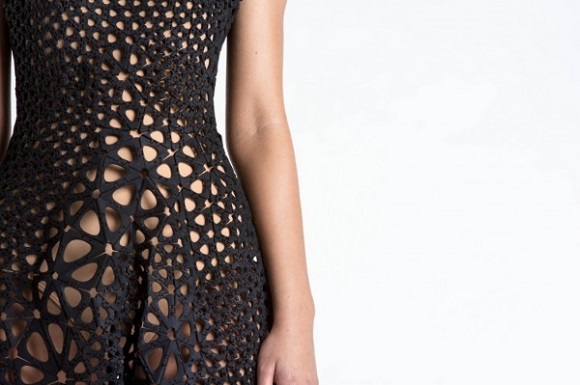 Design studio Nervous System appeared in 2007, and since that time it has been moving additive manufacturing further with a great many of applications and future aesthetic tendencies in various fields from jewelry to apparel design and even goods for home. 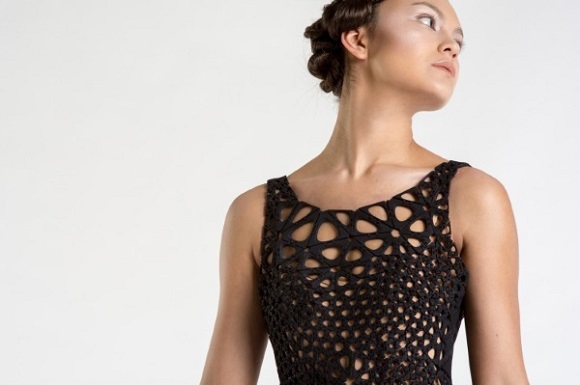 The studio is situated not far from MIT in Somerville, which is in Massachusetts. It was founded by Jesse Louis-Rosenberg and Jessica Rosenkrantz. Jessica was mainly preoccupied with biology and architecture when at not far from Harvard, whereas Jesse concentrated on mathematics. Together they are heads of the team consisting of seven people and they employed their best skills to create most impressive mathematics and biological-inspired 3D printed software ever. 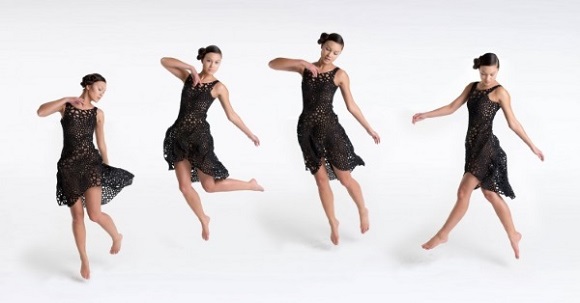 Quite recently this team joined Shapeways and used their unrivalled Kinematics Cloth 4D printing system to make a 3D printed dress, which was accepted by the Museum of Modern Art (MoMA), New York City, to have it as part of their highly-desired permanent collection. The Kinematics system uses algorithms to generate composite and foldable shapes that was enabled by the Nervous and allows creating a mono-print 3D-printed dress. It gradually makes the material smaller and as the result the plastic product flows like fabric. 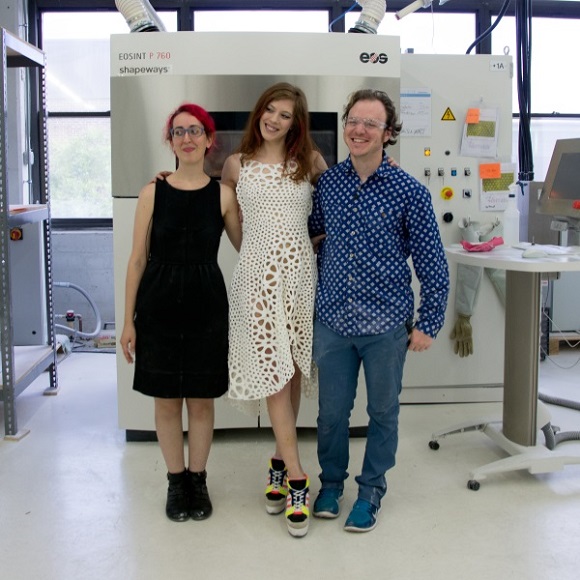 To assure customers that the dress is comfortable Rosenkrantz herself tried to wear all of those 3D printed things for a couple of weeks to check if their full-body 3D printed dresses may cause any discomfort. As soon as she found out how to iron all those flaws connected with discomfort, she made the design of her dress close to that by a traditional dressmaker. The difference is that instead of the common cloth and a dress form she used 3D printed constituents and a digital 3D body scan. 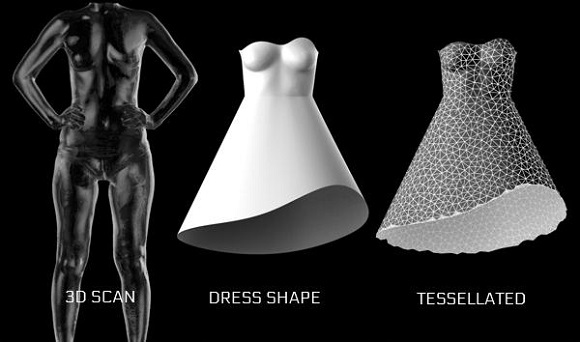 After that then next challenge they faced was working with Shapeways to see how it works with the properties of 3D prints and to find the best way to 3D print the whole dress as a single piece. 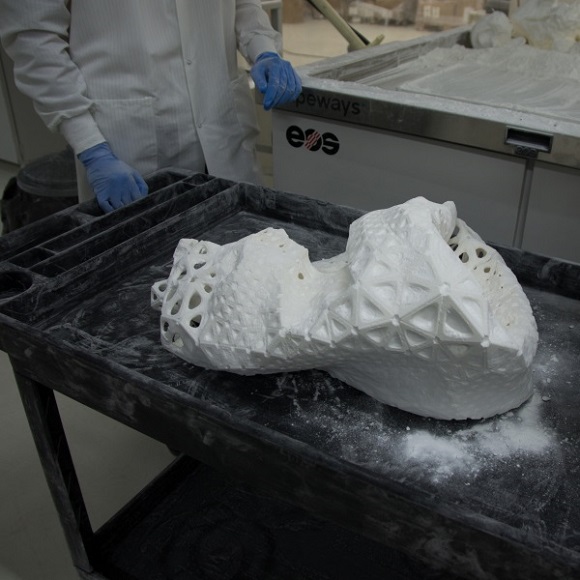 Adding some modifications to the software, Nervous managed to control the tiny particles of the prints and at the same time control the possible creases on the print when it was being printed. Fabricating the dress at random creases appeared to be rather difficult to fulfill technically, especially if we consider the volume of the 3D printer. They established that the position of folds similar to the way you may neatly crumple the dress when you place it into storage was suitable for a 3D print that is made up of as many separate components as a dress. 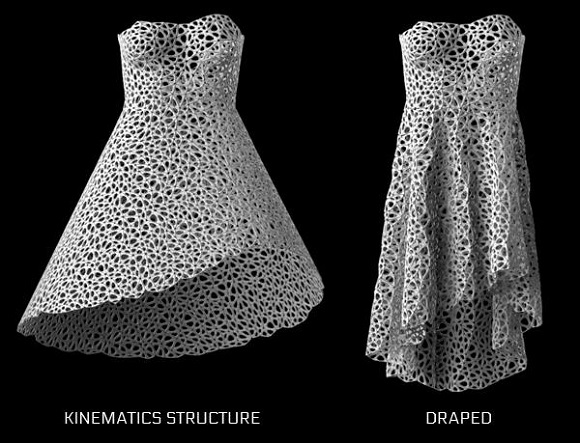 It took two days to print the dress in one of the Shapeways SLS printers. As the result, they had a ready-made neatly-folded dress cleaned from all the powder remainders of the machine and ready to be worn. 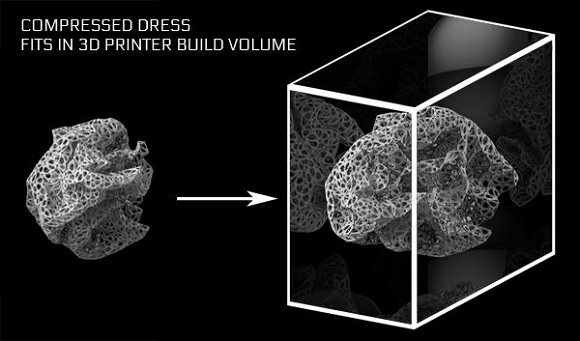 Our bodies are 3-dimensional, but the clothes we wear are usually made of flat fabrics, which are cut and sewn together. Kinematics clothes, in contrast, are made in 3D straight from the body scans and don’t need assembly at all. To make production more efficient they use smart folding strategy to make the new clothes smaller. They are going to fold the garments before printing, which will allow them create structures larger than a 3D printer.

The ready garment is made up of 2,279 triangular panels entwined by 3,316 hinges. It was printed in nylon at Shapeways manufacturing facility in New York.

In 2013 the team presented the original Kinematics modeling engine as a facility for those who have free easy access to 3D printers create their own jewelry collection. For their Kinematic clothes the team used the data from Body Labs to lay the engine on the custom human body 3D scans. That is the same technology that is used nowadays to create body armor for women in the US Army.

All the 3D printed garments are known to be quite expensive and are almost out of reach for the larger part of the population. So the team’s goal is to alter the design so as to reduce the prices before the official sales begin.