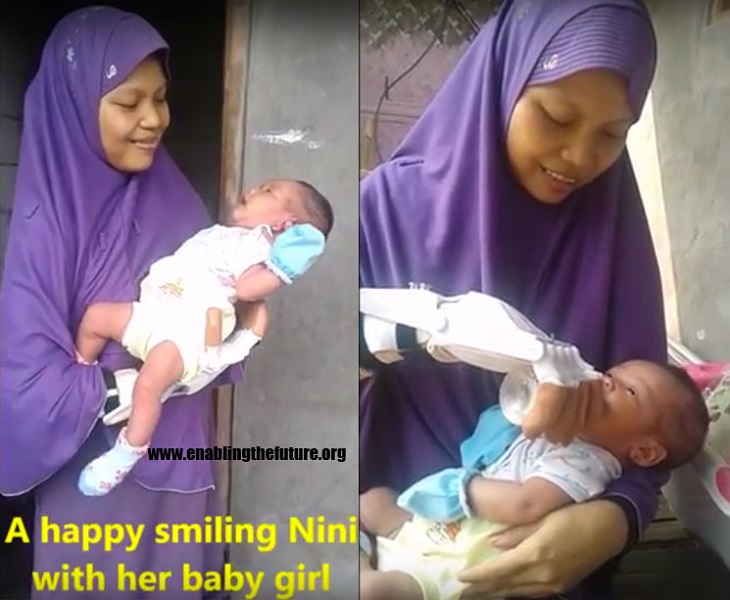 Every mother treasures the time when she first held her baby on her arms. After months of pregnancy, finally holding the little one in her arms is the most wonderful feeling in the world that can erase all the labor pains she felt. But for a woman in Indonesia, this exciting feeling seemed more difficult because of her condition. Nini, the Indonesian woman, lost her right hand fingers due to an accident at work in a factory of plastics. During her pregnancy stage, she knew that, although she could hold the baby in her arms safely, there are still a lot of things that she will surely struggle at doing as she tends her little one.

In the same community, a man named Ali Sage, who was afflicted with leprosy and recovered from it, was aided by Christian Schild. This person is a member of the Rotary Club Jakarta and aims at providing prosthetics to leprosy patients and to people with missing limbs. Through Schild, Sage was able to start a workshop for prosthetics in his own village, and this program helped a lot of people who need prosthetics. Through this, he learned about the e-NABLE.

When Schild, who already knew about Nini and her condition, learned about the e-NABLE through the video that his son watched about the 3D printed hand in July, 2015, he was sure of himself that this will help Nini. 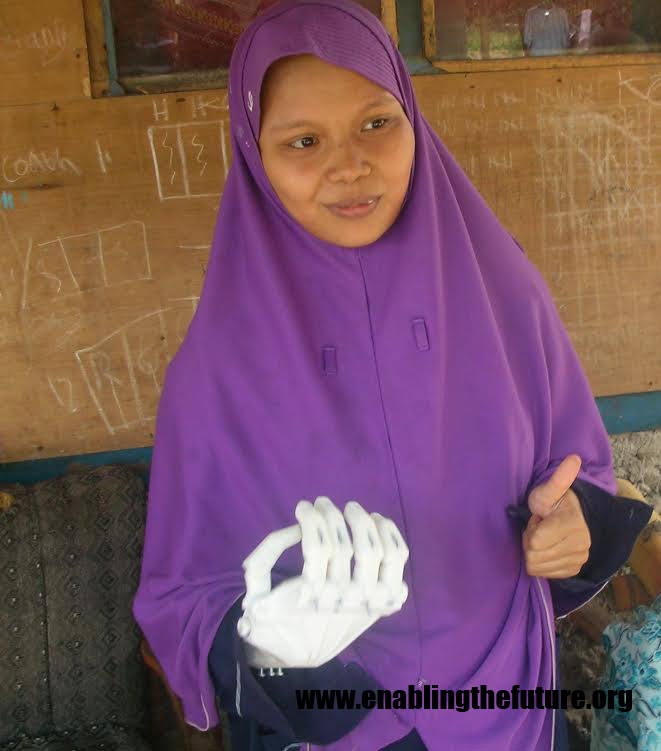 According to Schild himself, in August of 2015, there was an exhibition held in Jakarta, which was the Office Machine Exhibition, and in the said exhibition, 3D printing was tackled. One developer from among the 5 participating companies was Heri Kristanto. They discussed about the case and Kristanto offered the making of one hand. Schild also caught the attention of Wadi Chan, one of the persons behind the 3D Solution in Jakarta. His 3D printing business is already into this kind of technology, thus offered to make the Raptor/Osprey hand.

When everything was set, Schild and Trisweni Astuti, his wife, went to the village where Nini is residing. They started taking her measurements to begin the printing of her hand. It took them more or less two months to process the 3D printing, despite the difficulty in locating some of the needed materials and hardware for the printing process and assembly of the prosthetics. Just a few months before Nini actually gave birth to her daughter, she already wears the device, allowing her to become familiar with its movement, usage, and adjustments. She also practiced doing some of the little things that are usually essential in taking care of the baby. By the time her daughter arrived, she already practiced its uses, and she was already adjusted to the prosthetics hand. She can hold the baby bottle when feeding her, and she can do almost everything she needed to do for the safety and care of the baby.

Aside from Nini, a large number of people are still in need of this device. This innovation by e-NABLE is still a new thing in Indonesia and the team continues to develop the process to help more people by influencing and promoting training programs and seminars to make more functional 3D printed hands.