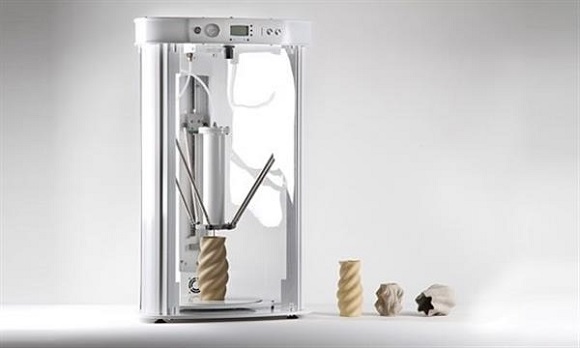 There is still a great need for various desktop 3D printers, so there is huge interest in developing desktop machines that can perform several tasks without switching on numerous machines. The inspiration comes from all-in-one 2D paper printers, which appeared in the late 90s and include fax, copy and scanning functions, apart from a conventional paper printer. Lots of companies have been involved in developing this kind of printers. One of them is Tytan 3D, situated in Poland. 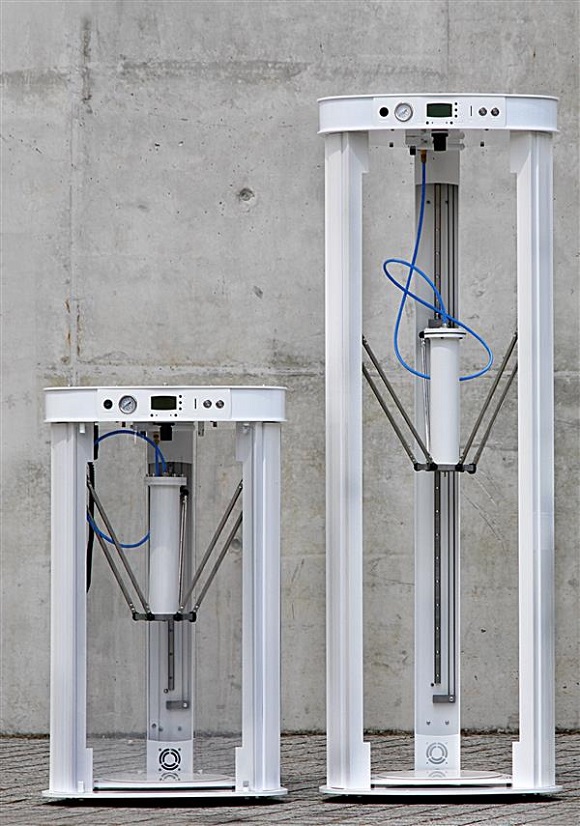 The company is governed by leading 3D printing Polish scientists Pawel Rokita and Janusz Wojcik.The result of their work is GAIA Multitool Delta-style 3D printer, which is an up-to-date platform serving several purposes. The printer has extruders of two kinds and ten interchangeable heads. With the change of those heads the device may change its functionality in a matter of seconds. The company promises that their printer can help create prints of high quality using such materials as plastic, paper, ceramic and food mixtures.

Janusz Wojcik explained in one of the interviews that they used all the best from the original GAIA Multitool 3D printer and added all those peculiarities into the printer having a larger build volume, which they named GAIA Multitool MAXX.

The MAXX is a new version of the company’s GAIA Multitool. It retains all the features of the first version, but the printing area is much larger – 45×105 cm (or 1,5×3,4 ft). The height of the machine is also striking – 175 cm (or 5,8 ft). Such a large size allows print marvelous objects from ceramics or clay up to 1 meter high.

Wojcik told that among those interchangeable heads there are a head for ceramics (1 litre of material), a head for ceramics with a Bowden extruder (an external tank for ten liters of material), a head for ceramics and a 300-ml cartridge inside the head (contrary to that with an external tank), heads for FDM a 1,75 and a 3 mm nozzles, a diamond stylus to write inscriptions on glass or metal, a knife for cutting out foil/adhesive letters or other templates, a CNC milling machine head to engrave instructions, drawings, carvings, a head possessing a marker for drawing and a  laser engraving head.

The standard GAIA Multitool 3D printer will be sold at the unchanged price – $4,800, whereas the MAXX’ price will be twice as high, that is $9,600. It may seem a bit too high in comparison with similar desktop 3D printers, but the ability unite numerous devices in one is what makes it so special. You can find more information about the MAXX on the Tytan 3D official website.