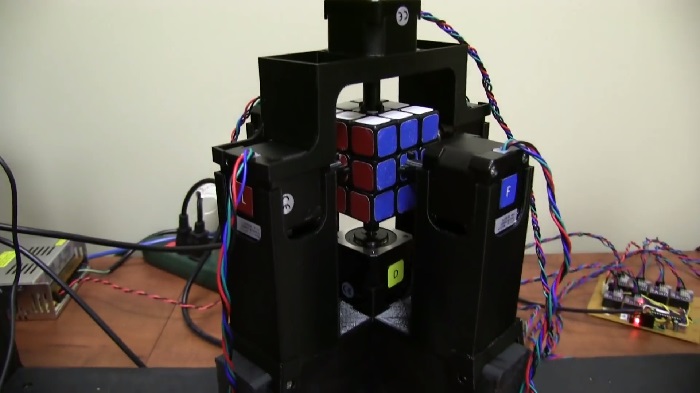 There are several toys throughout history that have crossed boundaries and continue to be played today, albeit in forms that have evolved through the years. But, there is clearly only a handful few that have remained virtually the same from its inception right until today that have captured the imagination and interest of people from all over the world. If one must make a list of these toys, the Rubik’s Cube will certainly top the list.

40 years after it was created by Erno Rubik, a renowned sculptor and architecture teacher, the Rubik’s Cube remain to be a toy that is found in almost all homes. In fact, this cube is now considered as the best-selling toy of all time. Not bad for an object that had a rather ordinary beginning.

The Rubik’s Cube was unveiled in 1974 as “The Magic Cube.” History also shows just how exciting the journey was in order for the toy to come to light in the modern world as Hungary at that time was severely curtailed by the Iron Curtain. Although it had a very mysterious and interesting name, the cube itself was used by Rubik to educate his students about how important space is in relation to architecture and sculpture. Once the architecture teacher twisted and scrambled the different colors in the cube, the world got its first glimpse of the now extremely famous toy. 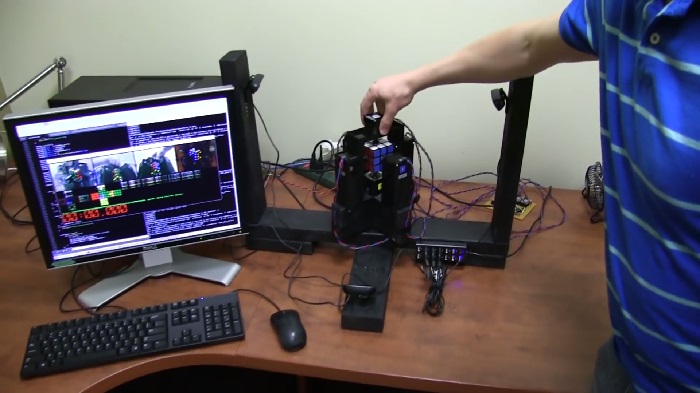 The scrambled colors posed new problems for Rubik himself as it consumed him for more than a month before he was finally able to bring all of the colors in their original positions. Since that time, the world has waited for the next man to solve the cube in the fastest time possible. Lucas Etter holds the record for humans by solving the cube in 4.904 seconds. 4 decades after it was introduced, a robot made by David Gilday and Mike Dobson brought the record time down to 3.253 seconds.

Amazingly, this year, another robot made by Jay Flatland and Paul Rose is consistently solving Rubik’s Cube in just less than 2 seconds. The first attempt was 1.196, which was followed by 1.152 seconds. When the creators attempted to follow their planned competition sequence, which required the robot’s webcam to be covered before the process of solving began, the robot finished the puzzle in a mind-boggling 1.047 seconds.

The robot uses Arduino to power the 4 stepper motors while different 3D-printed parts such as the frame and feet are also utilized. There are also four cameras that endlessly monitor the location of all the separate and small cubes. The cameras also provide information to a Linux operating system that will eventually come up with an algorithm sequence that can solve the puzzle in the quickest way possible. 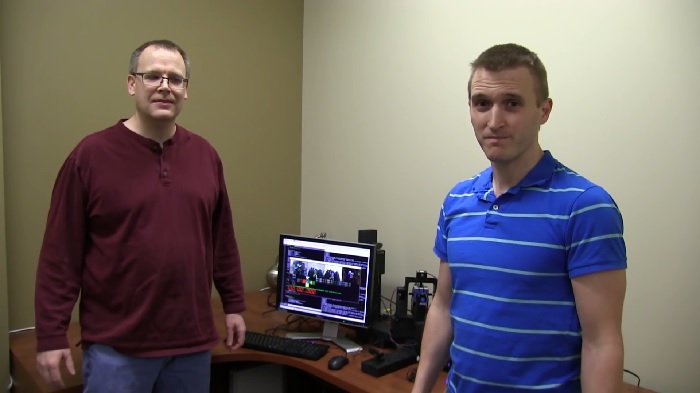 Although most people would rather see a human break another human’s record, it does not take away the fact that this robot is just an amazing creation. The speed and efficiency it needs to unravel the puzzle is simply incredible. Currently, the creators of the robot are working on getting the record time. After the tests, it is all but guaranteed that the robot will officially get the title of being the fastest to solve the immortal Rubik’s Cube.