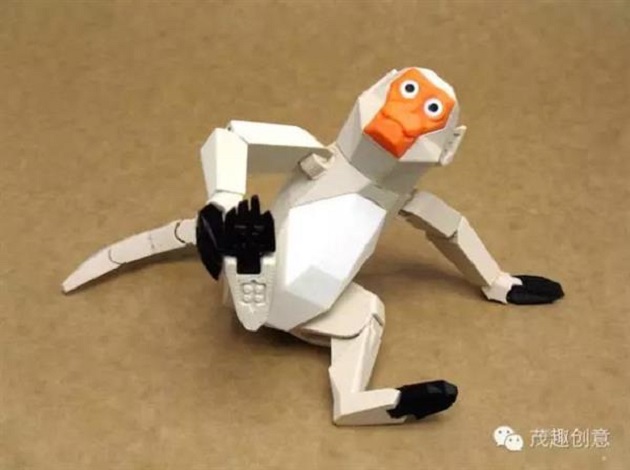 The Chinese Lunar New Year is an important event that is widely celebrated by the Chinese all over the world. The main places that observe this happening are Mainland China, Singapore, Taiwan, Malaysia, Hong Kong and other places around the world that respect and anticipate this even. It’s like the actual calendar new year, but celebrated on a different date. People share goodwill, eat, drink, give gifts to their loved ones, and wish blessings to everyone. 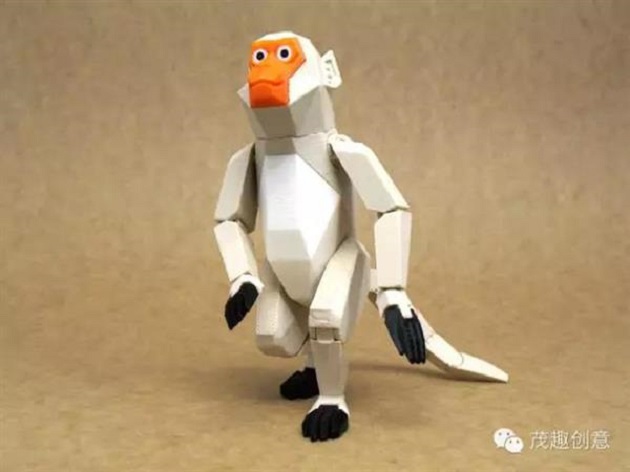 Each year represents an animal that is sacred to the Chinese beliefs. 2016 is the Year of the Monkey and naturally, most of the wares that come with such a celebration would have a representation of that animal. Amao Chen, a Taiwanese artist, has designed and printed a macaque using 3D printing technology. The monkey is filled with detail and though the blocky proportions make it look like it came out of a video game, the model itself is very impressive. It has 24 designed joints that move and react individually. It’s a toy that is perfect for the celebration. 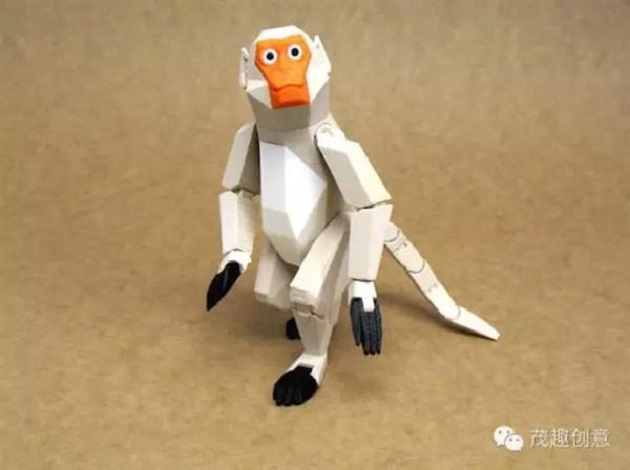 Donning the online tag PaperCube, Chen is an expert in crafting wild animals with the use of cardboard. That explains why his monkey has jagged edges that resemble polygons: The cube-like style is an output of making the replicas with cardboard. His passion for crafting has taken him into the realm of 3D printing. He has already created a replica of a Formosan Black Bear and a rhino with 3D printers to help raise awareness about these species because they are endangered.

His offering to the arrival of the Chinese New Year is the macaque replica that has many moving parts. He has placed a great deal of love and dedication to his creation and even named it BingShen which means Fire Monkey. Fire is the element that is attributed to the 2016 Chinese New Year. The words Bing and Shen are actually printed on the soles of the 3D printed monkey.

The amount detail doesn’t stop with the reason the monkey was made; it has also expanded to the individual parts of BingShen. Chen printed the pieces in a way that would allow all of them to snap together without the use of glue or any locking mechanism.

24 nodes make up the joint system. These nodes represent the 24 solar terms that are observed in the lunisolar calendar that the Chinese traditionally observe. Seven of these nodes are found in BingShen’s tail alone. 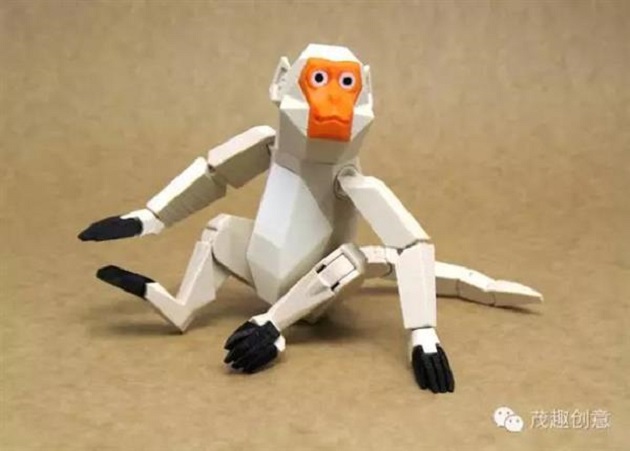 Chen shows his artwork in a video that greatly features the masterful craftsmanship that is at play. The tail would move in a very realistic way and it allows the whole model to stand on two feet, as well. He made sure that the joints are fastened in a taut, but nonrestrictive way. If the joints are too tight, the tail wouldn’t be flexible, and if they’re too loose, the tail would not be able to provide the foundation needed to balance the model. Chen was able to balance everything out.

The power of 3D printing technology has greatly placed craftsmanship and manufacturing to new heights with the creation of BingShen.