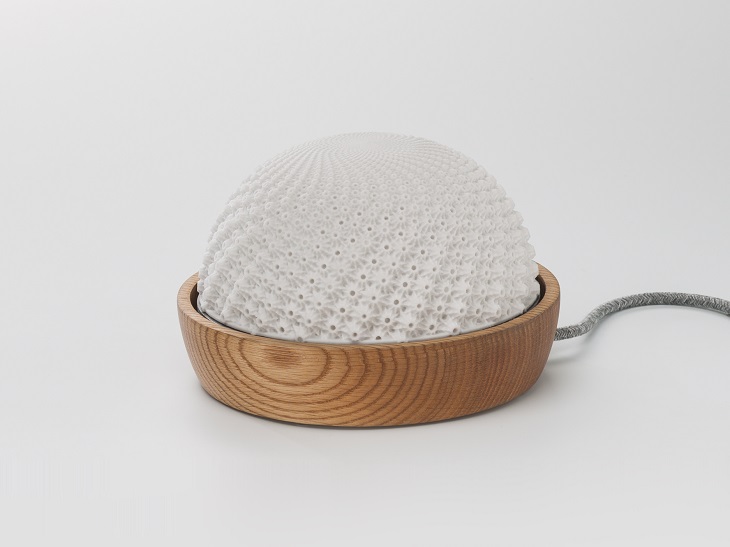 Optical illusion has been around for ages. It is something that can really mesmerize and mystify anyone at the same time. Famous designers and artists have, at different times, showcased some incredible works of art under the principle of an optical illusion. The drawings of elementary students of various objects that seem to move in different phases due to the quick movements of the material upon which the drawings are made are basic and crude examples of an optical impression. Obviously, the more accomplished the designer is, the more amazing the illusion becomes. 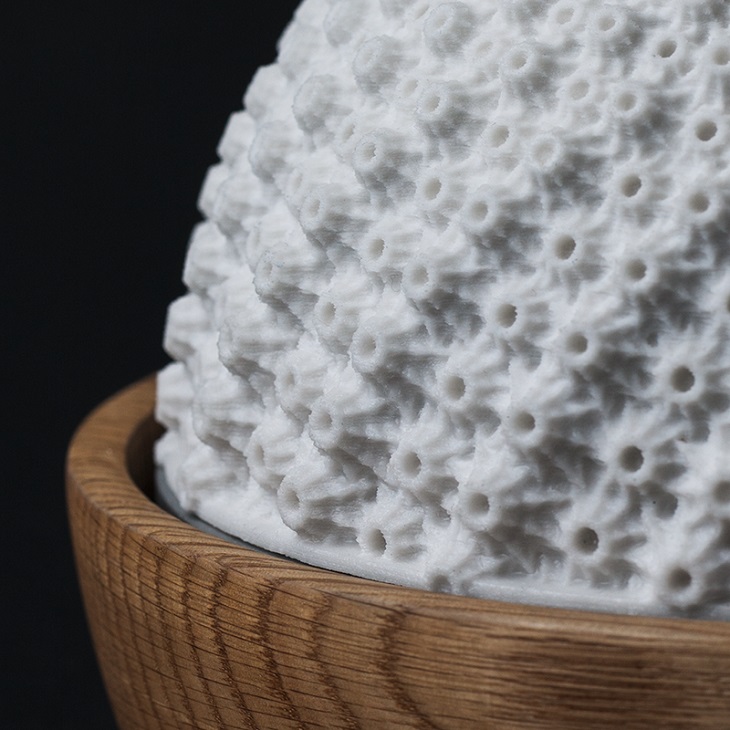 Köln International School of Design students, Frederik Scheve, Janno Strocker, and Dieter Pilger have come up with a 3D printed and kinetic sculpture that exemplifies optical illusion at its best. When static, the sculpture looks like a unique work of art in its rounded form. The bead-covered surface has the appearance of some extra-terrestrial ball. However, when the lights, located below and inside the sculpture are turned on, it turns into truly something amazing. Without the use of any outside influence or devices, the 3D printed sculpture delivers an illusion of never-before seen sea creatures and infinite movements. The sea creature reference is probably way off as the objects produced by the illusion can be interpreted in a lot of ways by different onlookers. Aptly, the design is called by the team as the Flux.

The Flux design is a variation of the John Edmark’s 3D printed Zoetrope sculptures. Edmark’s version of silky smooth movement, called Blooms, relies on the extremely fast movement of camera shutters and pulsing strobe lights. His series of 3D printed sculptures have captured the imagination of countless other designers, artists, and 3D printing technology enthusiasts. The Flux is an example of the influence he has created among people of the same interests.

The Flux is not just the usual artistic creation that relies on the unpredictability and spontaneity of things. It is a design that makes use of the Fibonacci mathematical sequence. This is an equation that is famous throughout history. Tom Hanks’ character in Dan Brown’s the best-selling book turned movie, the Da Vinci Code, explained in good detail what this mathematical sequence means in nature. The Fibonacci equation is found in some of the most beautiful and mysterious formations in the world. The spirals of shells, the formation of leaves, flowers, waves, fruits, and so many other things amazingly feature a sequence of the Fibonacci. 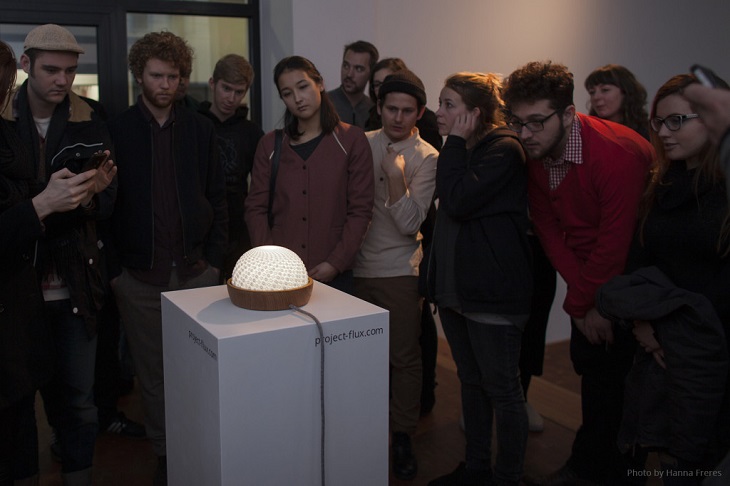 The application of the Fibonacci in the Flux is a stroke of genius by the team of designers. In it, they have a proven formula that was sure to catch the attention of even the most jaded observer. This awesome melting pot of mathematics and arts is made possible by 3D printing as provided by Shapeways. Shapeways has made quite a name for itself among 3D enthusiasts as one of the best options when looking to produce unique and high-quality 3D printing results.

As 3D printing technology has delivered fantastic results when mathematics and the arts are combined, it shouldn’t be long before the next jaw-dropping creation comes along.