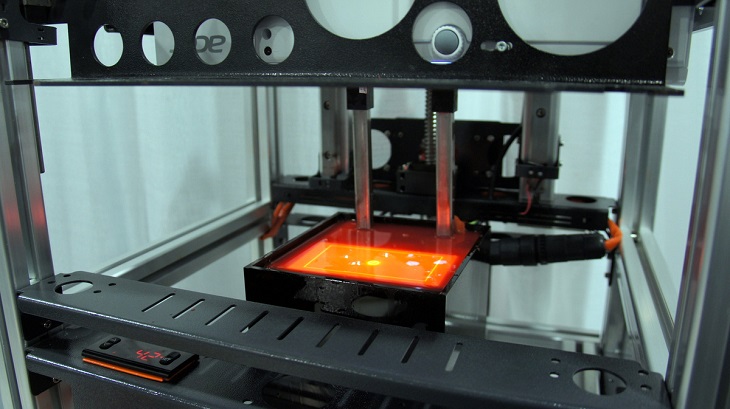 3D printing is one of the technologies that are constantly developing. Every day we find new projects dedicated to production of new printers, tools, and software. We can 3D print nearly anything, even food. One of the drawbacks of the technology is that the process takes much time. However there has recently appeared a new machine that reduces printing time – Gizmo 3D. Gizmo 3D printers use Digital Light Printing to produce various models. That is its key difference from common 3D printers, which literally draw in melted filament (usually PLA or ABS), and which, as a result, work too slowly. 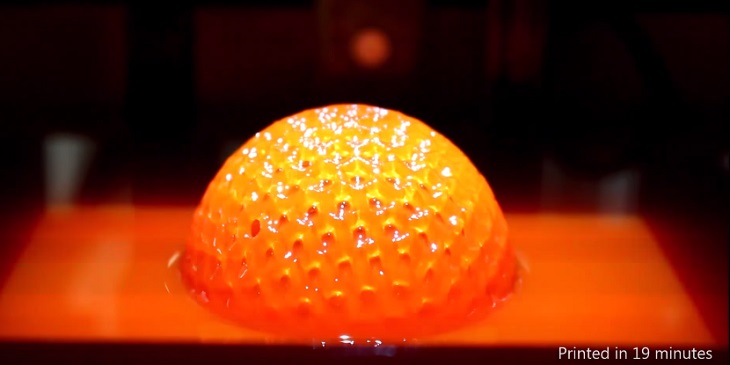 These Gizmo 3D printers use two projectors, which shine an image of one of the layers of the printed object onto the resin surface. The object is fed from a PC connected via USB. The resin hardens immediately where the image shines. After that the micron is lowered and the next layer is shone. Finally the whole 3D printed object appears immersed in resin. The Gizmo 3D printer gets it from there raising the printing platform until the object is visible and still dribbling with resin. So Gizmo is one of those printers that print top down.

Kobus du Toit, CEO of the company explained that they draw the whole layer in one go, whereas others make each layer. Gizmo 3D printers work at a standard and rapid speed. The highest speed is 3mm per second with the resolution of nearly 17 microns. If you choose lower speed, then the resolution can increase up to 57 microns. 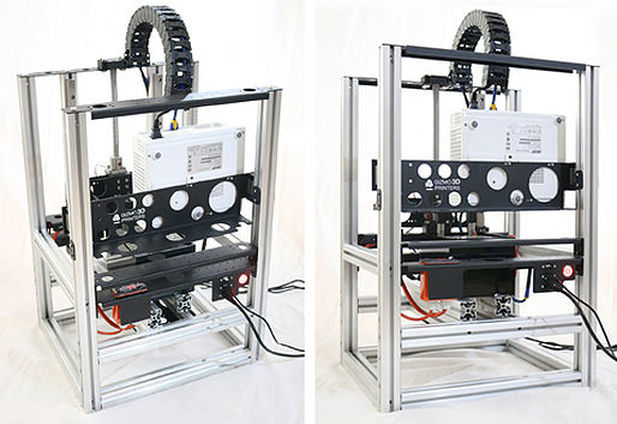 When the company was testing Gizmo trying to 3D print various objects they noticed that 3D printed things coming from their Gizmo were not hardened enough. That was the result of using photopolymers and resin. But if you need speed printing this fact doesn’t really matter.

Gizmo 3D printers may seem a bit too costly. The PLD printers (like GizMax, GizPro and GizMate) cost from $3,000 to $5,000 and more. If you decide to order any of their printers, they will arrive in wooden boxes. They’ve been doing so after one of the customers announced that the printer arrived absolutely crashed. That’s why they take extra measures. 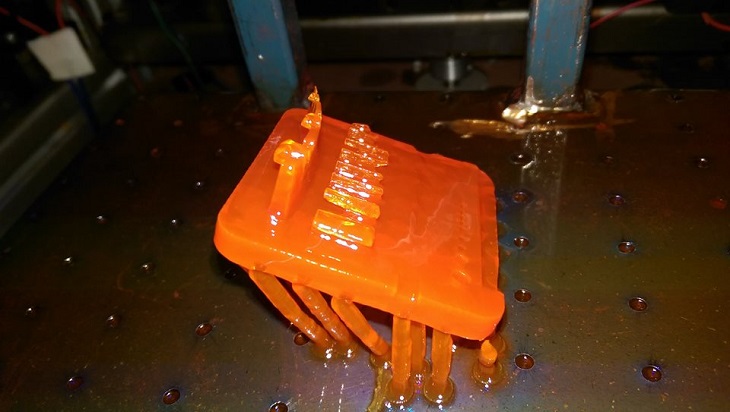 Gizmo 3D printers are a start-up project. In less than two months they are launching a campaign on Indiegogo. But before that they need to increase everybody’s awareness of the campaign. If they succeed on Indiegogo they will be able to improve their printers and hire more staff. So let everyone know about the campaign and share their webpage on social networks.