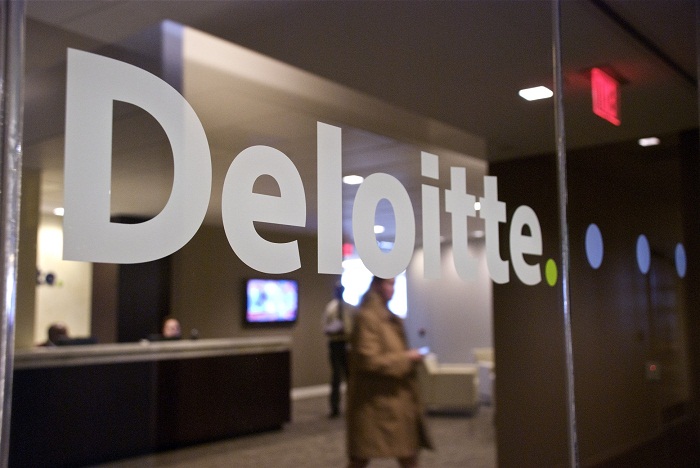 Over the recent years 3D printing applications are clocking an exponential growth, the sale of 3D printers’ points to expanding markets. As per Deloitte study, in 2015 alone 220,000 3D printers were sold which embarks a new 3D printing revolution, the study also found almost all economic value lies in professional grade 3D printing which accounts for 95% of the 3D printed materials.

Deloitte study is credible, being one of the largest professional services organization based out of New York, they have fairly good oversights on sector trends and market forces. The market has clocked 100% growth compared to the previous year, overall industry roped in $1.6 billion from the collective value of 3D printers sold.

As per insights the 3D printing revolution is happening in businesses and school away from traditional homes and garages. As large as 70% of the 3D printer sales accounted by private consumers, as per Duncan Stewart from Deloitte argues the real economic drivers is effected from rest 30% – which churns 95% of the 3D printed objects and account for almost 99% of the economic value. He also highlights that majority of the printers sold is ineffective and cheap and only 10% of the printers sold are ready to be deployed which implies majority of the 3D printers available involves considerable configuration before production ready. 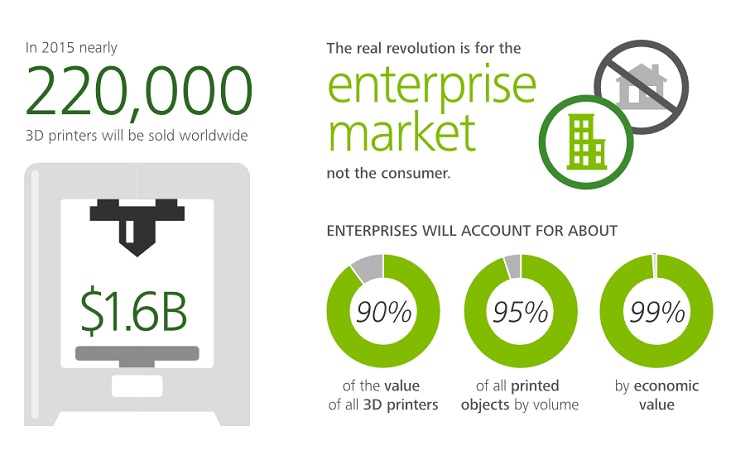 Quality 3D printing is revolutionizing the manufacturing industries with offerings like rapid product prototyping. As per Stewart, historically car companies used to spend thousands of dollars and considerable time to prototype for a side view mirror, with the advent of 3D printer the same job is done in a few hours, which involves some computer files and printer. 3D printer saves time and money thus speeding up the production time, which can be the differentiator in the market.

3D printed components and prototyping which can be seamlessly fit into the current production lifecycle is the key to real money, and such type of designs will account for 90% of the 3D components made this year. Various 3D printed products which are marketable aren’t the real 3D revolution. The 3D printing processes are being ironed out of any choke points and the production lifecycle are being made more effective which is acting as an impetus for enterprising companies.

Less availability of metal 3D printed products is due to the price tag which comes with the metal 3D printers. Metal is the most preferred material for end products, but very few metal 3D printers are in action commercially; in fact number is as low as 1000 printers globally as of the end of 2014. Fewer numbers are due to higher cost and typically slow metal printing methodologies. Pragmatic options are limited to manufacturing components which can’t be realized economically by other means (like minuet turbine parts); this kind of 3D printing is also viable where there are limited options like on a space station.

Deloitte sees some things on the brighter side; the educational market is predicted to benefit from commercially available 3D printers, printers can be used to train future workforce in the science classes and that’s the intent which may be used for many such future 3D printer applications.