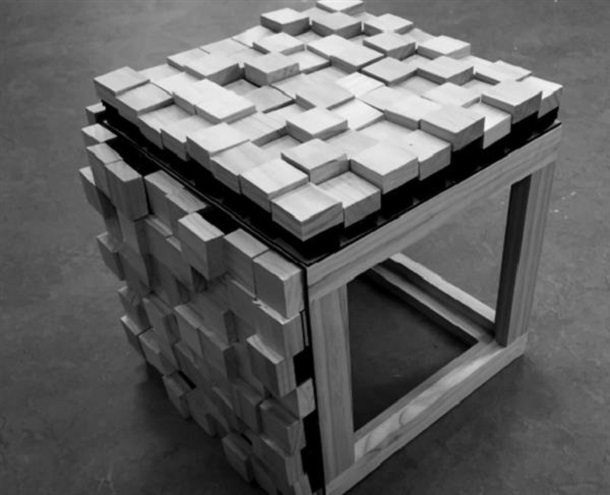 Students always surprise every one of us; they are just like a breath of fresh air who look things from a different perspective, thus, coming up with innovative ideas applied to world around us – this is what was demonstrated by Joshua Stellini an Australian student from Melbourne University. Joshua used the 3D printing technology to come up with an innovative Voxel cube which can be used both as a table and as a stool, he reinvented furniture to come up with something very cool and with wide practical applications.

Voxel cube was a resultant of Ex-Lab Digital Furniture Fabrication program enacted and developed at the University of Melbourne, many of the technologies involved were focused on reinventing furniture using digital fabrication methods which are also latest in the market. For anyone familiar with the large master’s project, this type of development involves many iterations of trial and error, before you realize the final product. While usually we see the final product, fortunately this time we could see the entire development process. 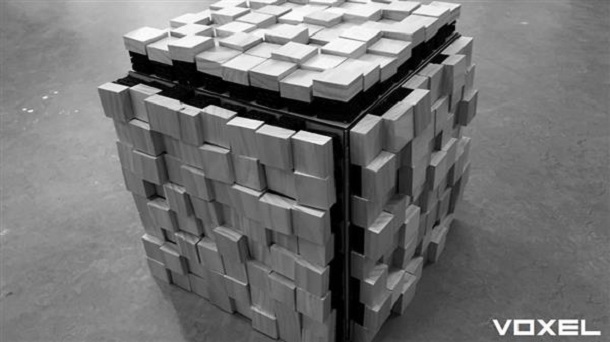 To start with, Voxel looks fantastic and it is multifunctional unlike other expensive furniture. The concept didn’t turn out as it was expected, however it was designed cleverly and it could work. Voxel is made to cater two functions with one flat, firm side and other three functional surfaces, the flat surface can act as a table, whereas the other two are cushioned and can double up as a seat. The design concept was to make one side act as a chair while the other side act as a stool, however the other two can also me more or less act sane, anyway overall aesthetics and applicability remains the same.

As per Joshna – he didn’t start out with the idea initially, it just over the due course while he was working and exploring the digital design techniques like Laser cutting and CNC, while he wisely came up with all the digital design options. As per Joshua the experiments and design sessions were very encouraging given the complexity of the project and usage pieces carved out using precision of laser. He decided to head towards 3D printing, in spite of having limited know-how of 3D printing, he started with models from Thingiverse to try his hands on design. 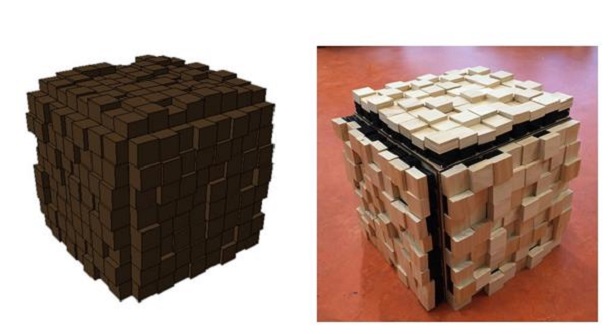 With no headway, Joshua realized he wanted more interesting and fascinating material for the design, a quick Google-ing yielded TPU 92A-1 an experimental 3D printing material. This particular material is a very interesting with its sponge and elastic qualities and it could be made into lightweight elastic, yet complex structures. The material itself isn’t available for general applications, Joshua was very impressed with this material given its flexibility, memory retention and it would definitely give that soft comfortable finish to the 3D printed furniture. The first experiment involved laser cut pieces stitched with each other and sponge sandwiched between two pieces. The deformation was overall spread out globally as the rigid elements were between the nodes. However, local deformation was welcomed as it would result in a change in form factor resulting in interesting furniture shapes. 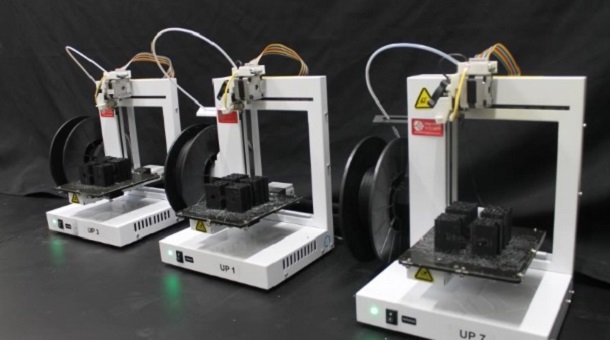 Team at 3D printing warehouse set Joshua with Ninjaflex, fortunately with the help of a plug-in called FIX UP3D, he was able to make Ninjaflex compatible with UP 3D printers. While working with UP printers which aren’t considered among best 3D printers, Joshua quickly ran into feeding problems as it required slow fluid motions while feeding. Ninjaflex is such a material that it would stretch when fed into a cog unless being fed like a rigid material much like ABS would. He realized early on that in order for proper printing one has to follow the feeder guide. Another hurdle was the UP software support which was not supporting capacity of Ninjaflex filament, which required robust design to mitigate the support. 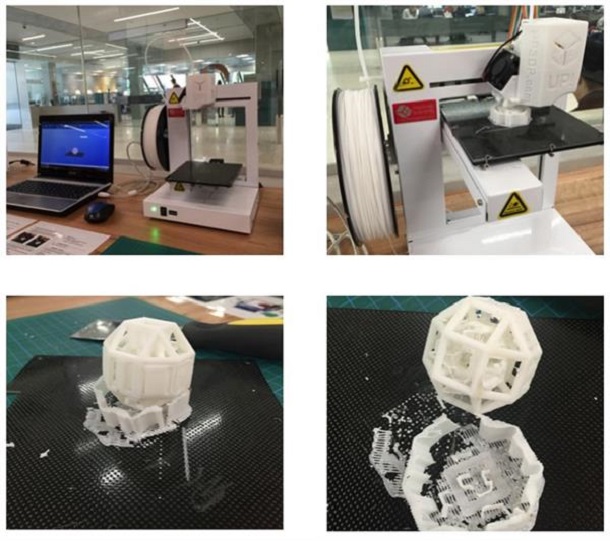 Inspite of all the hiccups, Joshua was pleased overall with Ninjaflex and what it has to offer, it doesn’t require a heated print bed, the components are flexible yet strong which is perfect for applications such as a furniture which would support an individual’s weight. This quickly led to a design of multiple pieces of Ninjaflex cushions which would give the much needed local deformation that Joshua was looking for. After a week of brainstorming, suddenly he struck with an idea while on his way to home from class which led to final design prototyping. While frantically brainstorming on the train – the idea was to stitch multiple Ninjaflex cubes to come up with a prototype and the cubes will cater – adapt, a function based on which side they are put on. Typically the table face will be more rigid and dense, while the cubes on the seat will be porous and soft. 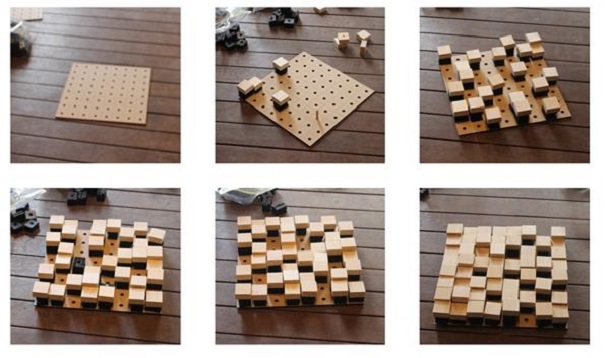 The whole process involves various other materials to scope and limit the 3D printing, Joshua pondered upon the time and material which would be needed to conceive 3D printed furniture at a considerable scale. To marry the materials well, Timber was the right fit as underneath material which can also act as a bracing – by using cut to perfection wooden blocks using laser, frame made out of timber and 3 usable sides of the cube, all of a sudden the whole project came more into realm of reality. 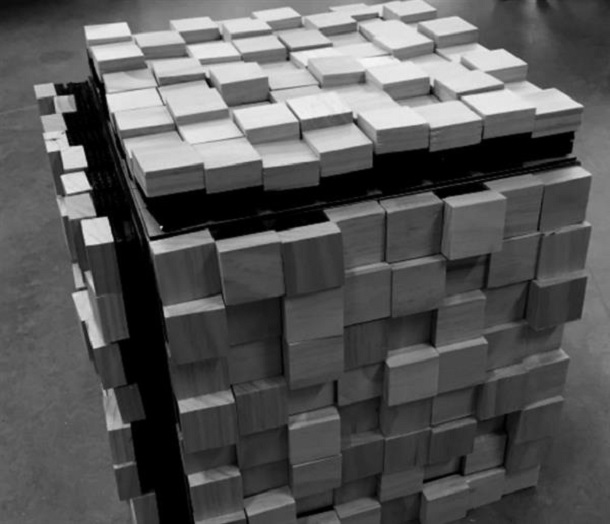