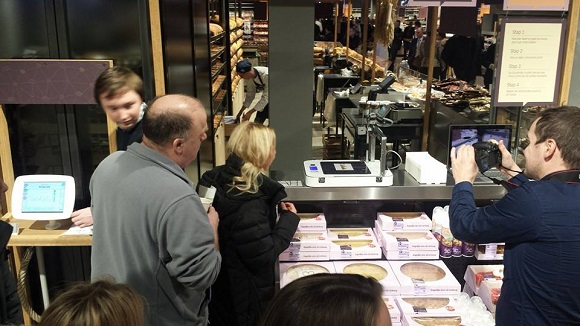 One of the first who imagined consumer 3D printing applications were the Dutch. And it was they who also introduced food 3D printing facilities to the public. Recently FabLab Maastricht reported that the Albert Hejin supermarket (AH XL) in Eindhoven has begun decorating cakes with 3D printed chocolate ornaments. Probably it is one of the first commercial enterprises (and surely the first large supermarket) to offer such a service. 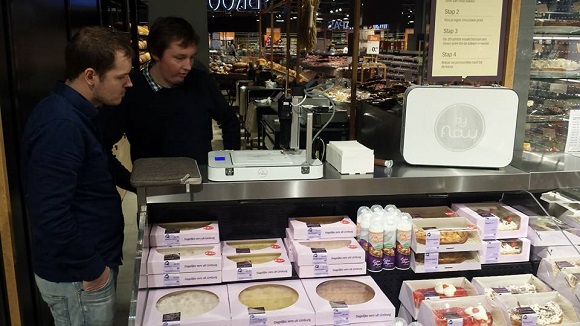 Their innovatory service made use of 3D printing to allow their customers create their own customized ornaments. The sketching implement then transmits the STL files to the byFlow portable 3D printer. Produced by the team that is in partnership with Maastricht University and FabLab Maastricht, byFlow is a functional portable 3D printer, which can which folds up into a briefcase. With the additional extruders, which are easy to change, you can 3D print using various types of materials, with molten chocolate among them. 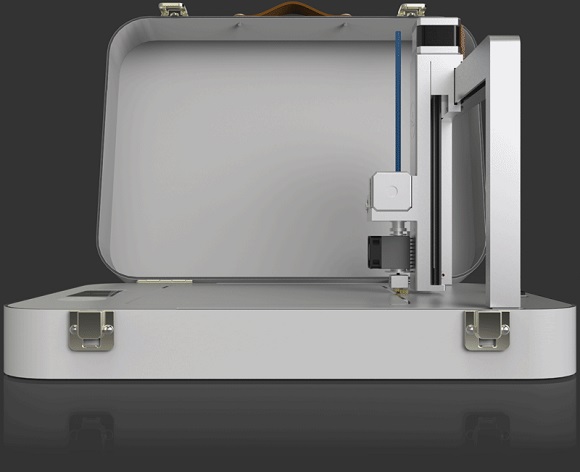 For the day of opening the AH XL 3D bakers used a well-known hazelnut and chocolate cream (known as Nutella) which is very easy to 3D print as it is creamy and there is no more need to heat it up. During the following days real chocolate can be used as well to help create composite 3D constructions. If the trials are as successful as they’ve been during the first days, they will appear in the other 30 supermarkets of Holland.

This year (2015) is going to become the year when 3D printing technologies and food production become more connected as 3D Systems present two profitable food 3D printers that are expected to appear on the market by the end of the year and the World Expo exhibition takes place in Milan and its center of attention is mainly nutrition and food. So 3D printers may start appearing in people’s houses in their kitchens, let’s wait and see.