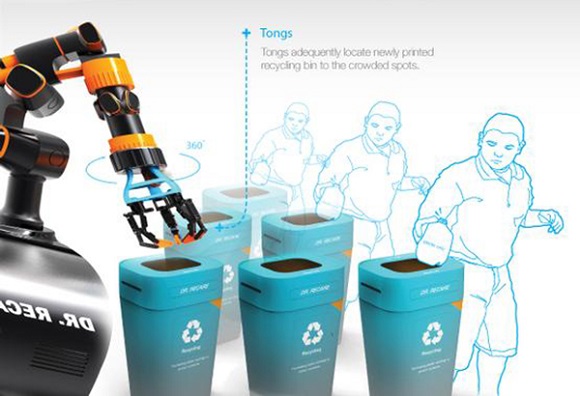 The problem of over polluted coastal areas and oceans is escalating every day. An autonomous mobile so to say doctor is likely to become a solution to the problem. Reports concerning unintentional oil spillage appear on TV and the radio every day. And in most cases it’s followed by tragic pictures and videos of birds stuck in something black and sticky, or dead fish washed up to the shore.

However it’s not only the top oil corporations that are blamed for the growth of pollution on the world’s most stunning beaches. More often it’s the people who are responsible for the situation, mainly those who go on vacations, go partying or just those who spend time on the beach and leave plastic bottles and glasses instead of throwing them to the nearest recycling bin. 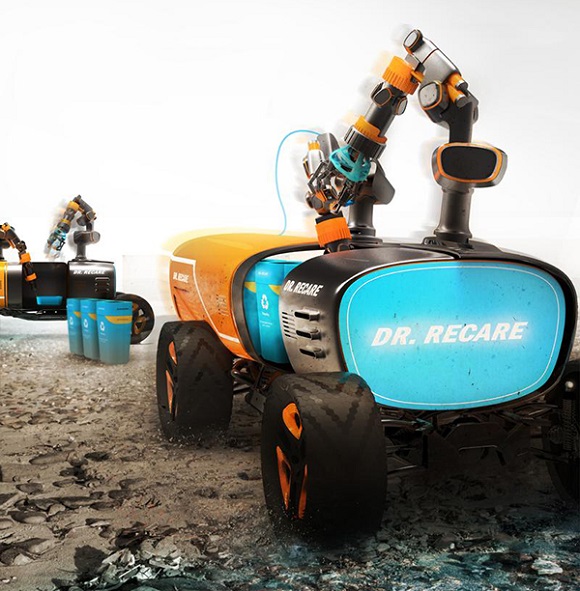 As the Natural Resources Defence Council has estimated about 80 percent of the sea rubbish emerge on the ground and it’s mainly plastic. This artificial material can do a lot of harm not only to the environment, but to wildlife as well. Lots of sea animals die simply because they absorb the toxic chemicals contained in the plastic or whatever they think is food. And obviously coastal areas pollution is a blot on the landscape. You can’t feel that aesthetic enjoyment when all the time you try not to step on the rubbish like cigarette butts or broken glass. 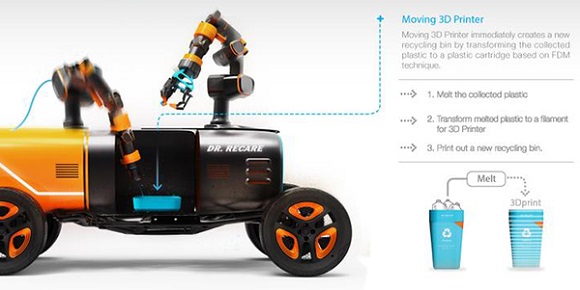 It would be perfect if every person would realize that producing and then throwing away plastic waste does harm to everyone and if they would be more conscientious when buying anything. However it’s very unlikely to happen in the nearest future, that’s why Mingyu Jeong, a designer, came up with a technological solution to this problem. And that is his Dr. Recare, which has a mission to save our planet, cleaning one beach at a time.

This automatic 3D printing mobile robot has acoustic and optical sensors, which can find and pick up rubbish. It also finds recycling bins and takes other plastic things from them using the mechanical arm. The rubbish collected is then melted into filament. Using the built-in 3D printer it can be immediately transfigured and printed a new trash can, which can later be placed in most crowded areas. This may encourage people to use the bins and not to turn the ocean and coastal areas into a dump. Dr Recare’s cartridge is suitable for keeping the bins as well as melting and 3D printing. At a time it can keep about 6 recycling bins. 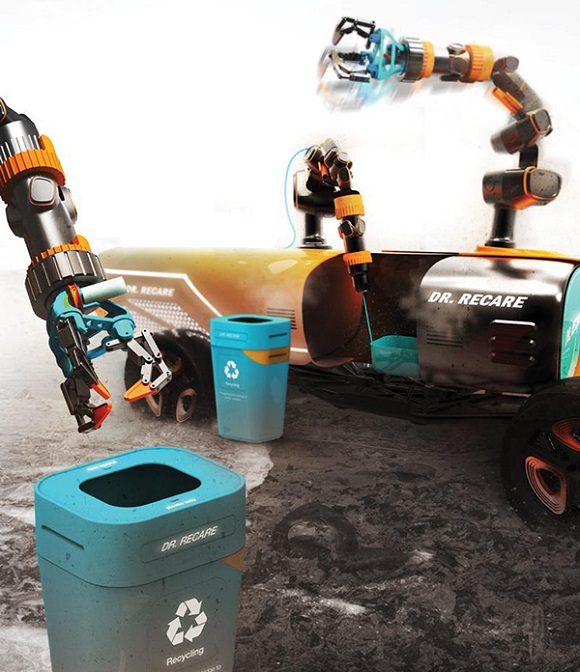 In fact the robo-doctor is just on the concept stage. The designer Mingyu Jeong has to prove that the robot is a combination of a reasonable price and efficiency. It should be proved that it doesn’t produce more rubbish than it picks. In addition, the “doctor” is just some part of the solution. People should realize their mistakes and stop using plastic and leaving rubbish.

The innovation makes use of 3D printing to attract public attention to the urgent problem all over the world. It will be a good example showing how 3D printing can change our view on pollution and motivate us pick up the rubbish and not to rely on the robot.

It’s worth developing nearly any project that aims at improving the world around us. Doctors save people’s lives every day. If Dr. Recare gets enough support and funding, it will save us from ourselves.