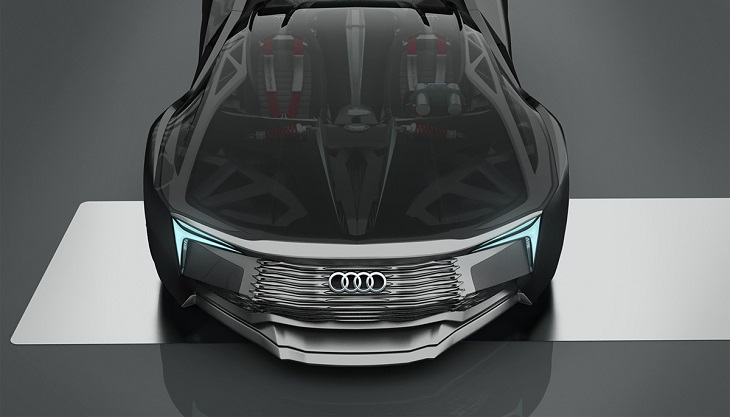 There has been a great need to shift from fossil fuels to much cleaner sources of energy, primarily because of the negative impacts that global warming has brought us. The effects of global warming have been felt all over the world with the tremendous amount of greenhouse gas emissions. There are several other options that are considered cleaner sources of energy such as wind, solar, and nuclear power. In order for the problem with global warming to not worsen, the need for the industries to come up with great solutions is urgent. 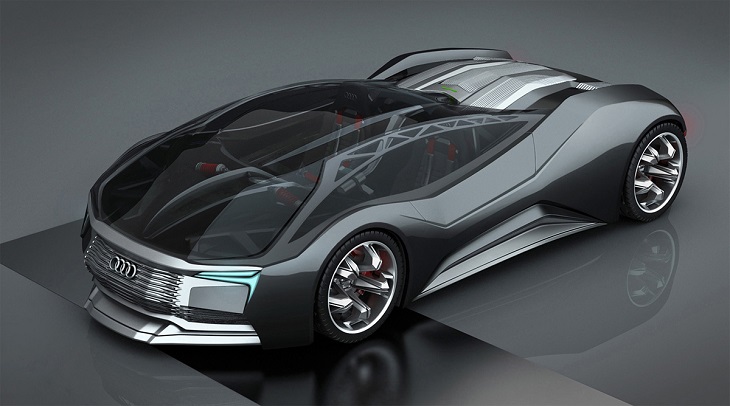 Among the greatest contributors to global warming are cars, which are available on almost every street in every country worldwide. Emissions of cars due to petrol engine must be reduced in order to lessen the amount of pollution created during the combustion process in present-day cars.

This gave way to the creation of a nuclear powered concept car design called Audi Mesarthim F-Tron Quattro by the Russian automobile designer, Grigory Gorin. The 3D printed design is made of lightweight metal alloy and with an engine that is powered by fusion reactors with plasma injectors, this concept is a great option to consider in the future. What makes this car much more amazing is its Batmobile-esque look in an Audi concept. The name is derived from the Mesarthim star system in the Aries constellation. 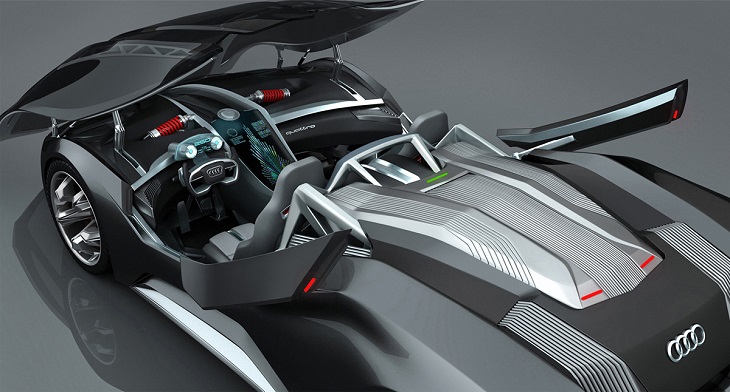 Instead of using the typical petrol engine for cars, the nuclear fusion reactor has been proven to be a great alternative in terms of power capacity and a type of car that does not contribute to the pollution of the environment. This is what the Russian automobile designer had in mind – cleaner emissions and energy-efficient automobile design.

The F-Tron’s plasma injectors, together with the surrounding converters, create steam from the reactor’s heat energy which are later on used to spin the turbine in the generator. Batteries which are attached to the front, back and sides of the car are being charged by the generator and they provide very high energy to the electric motors of the car. 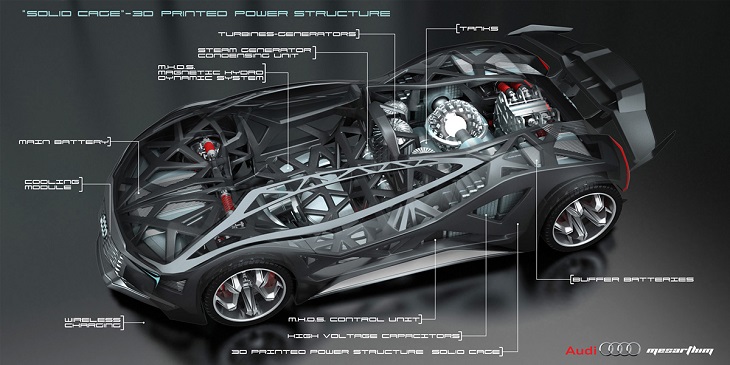 Aside from its impressive nuclear engine design, the lightweight alloy for the monocoque chassis is called the Solid Cage because of its strong polymer support which has a hydrodynamic handling system that helps provide downforce and improved car handling. The use of magnetic fluid in the car’s system is very effective in reacting to magnetic road surfaces.

According to Gorin, this will be a great opportunity to demonstrate the possibility of using nuclear fusion as an environment-friendly source of energy. Gorin believes that sooner or later, the nuclear fusion will then be able to power the entire planet with its clean energy.

Although the design is somehow considered ambitious, this is however a great step to begin with in case car manufacturers in the future will start creating nuclear powered automobiles in the future using 3D printing technology. Definitely, this design is very promising and is considered to be one of the greatest inventions ever made. As a result, we will no longer suffer from having too much pollution.