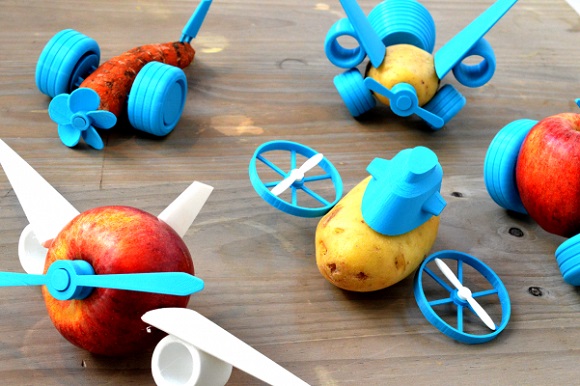 The Open Toy project appeared in summer in 2013 during the discussion group at Domaine de Boisbuchet in France. Designer Samuel N.Bernier used waste material from the band saw like as wood and cork to create a range of toys employing 3D printing technology. 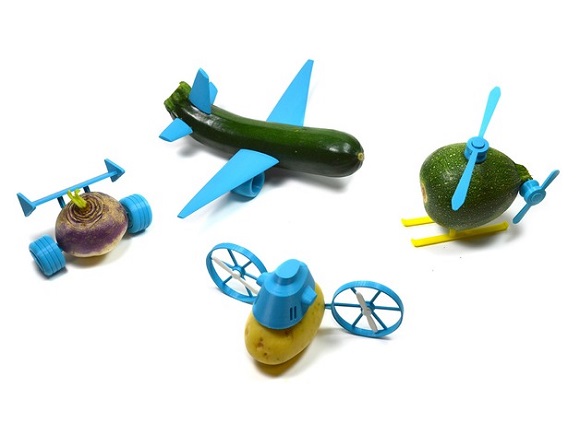 He created six attachments and printed them on a Makerbot 3D printer which he used to turn the objects that he found into helicopters, planes, birds and other objects. 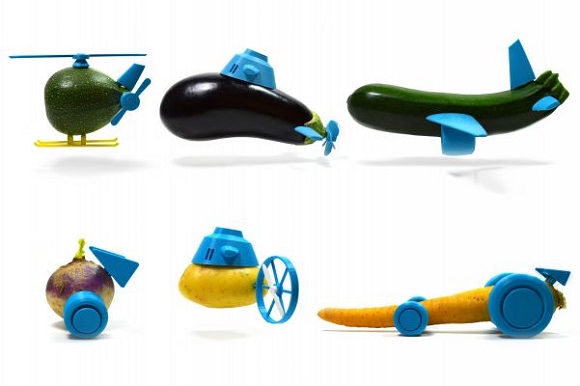 After they presented the project, when Bernier was looking at the Domaine’s garden, he suggested the idea to use fruit and vegetables instead of cork and wood, which are hard to break. 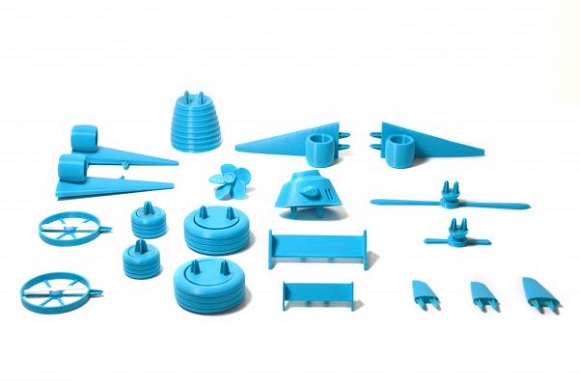 It took Thomas Thibault (an intern from Beriner’s team at Parisian creation studio) ten months to complete the project. The collection was also filled with parts of submarines and rockets. 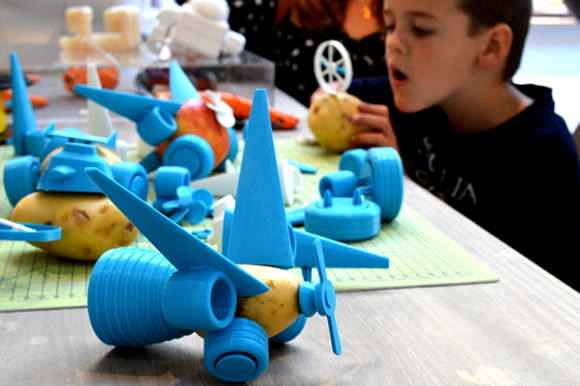 For the first time the public saw the Open Toys project at a workshop at Autodesk Pop Up Gallery, Paris, in October. The children immediately adored the project. They found it easy to make toys out of carrots, potatoes, cucumbers and eggplants adding 3D printed parts. 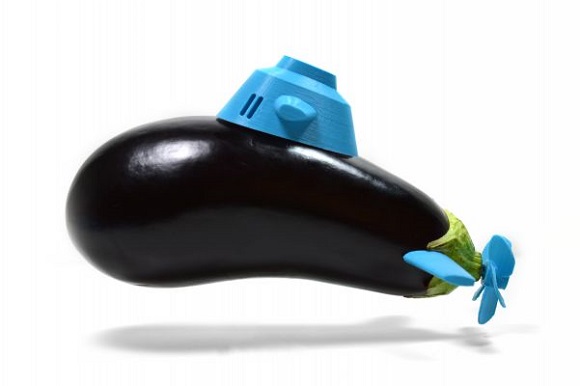 They created sea vehicles, space ships and cars out of vegetables. The design files are now available on Thingiverse, so it’s easy for the users to download and print their own accessories absolutely for free. The users are also welcome to add their own models to the Open Toys projects collection. 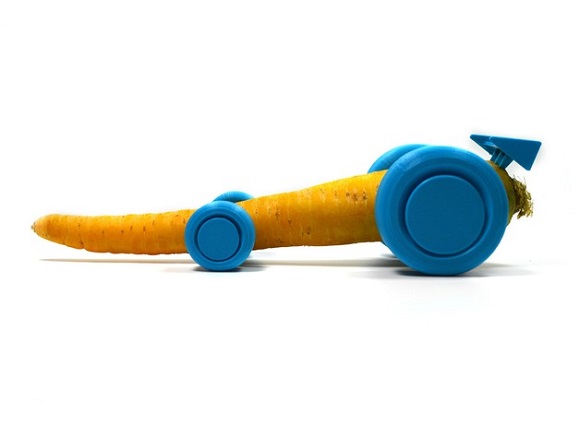 Order Your Own 3D Printed Guitar At Customuse
The Use of 3D Printing in Creating the Light-Emitting Pavilion
BMW Using 3D Printed Car Parts
DeltaBots Releases the New PotterBot V4.5