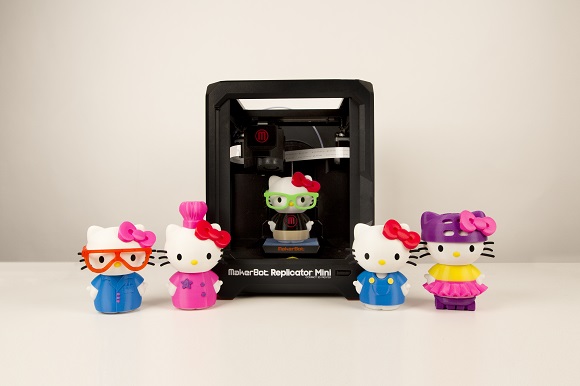 The collection was represented during Hello Kitty Con – the first ever Hello Kitty convention that took place on October, 30 in Los Angeles at The Geffen Contemporary at The Museum of Contemporary Art (MOCA). The content of the 3D printable Hello Kitty can be found on the MakerBot Digital Store in two volumes.

The first one – deluxe Hello Kitty 3D printable statuette and five snap-in 3D printable dresses – appeared on October, 30. The prices for the suggested designs start from $3,99 for each digital model you can find on the MakerBot Digital Store. Some extra accessories for Hello Kitty – a hairslide, a stencil, a comb and others – will hopefully appear on the digital store in November.

Hello Kitty and Friends ring topper pack was also released on October, 30 in MakerBot PrintShop. Using this tool the future designers will find it easy to make rings using the ring-making module of the PrintShop, which represent Hello Kitty, My Melody and Bad Badtz-Maru. The prices for the designs begin with $0,09 for each digital replica. 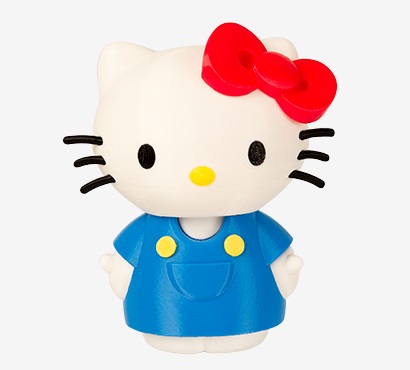