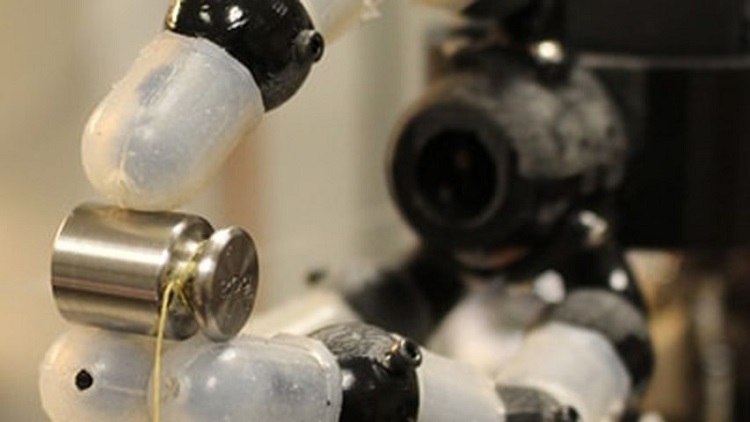 Carnegie Mellon University researchers have recently developed a robotic 3 fingered hand which has inbuilt stretchable 3D printed sensors, the research is supported by NASA and the fingers are capable of detecting forces less than 1/10 of a Newton.

With the help of fiber optics, the researchers placed as much as fourteen sensors into each finger, which mimicked the skeleton anatomy of a human finger. Each of the 3D printed fingers has three components – fingertip, mid node and the base node, all of it encapsulated in a silicon skin and connected by the host of joints. The whole apparatus is capable of determining minuet of forces through the fingertip. The stretchable silicon material has not yet been incorporated into the recent version of robotic hands, which puts it into future robotic soft skin applications that will facilitate greater feedback. 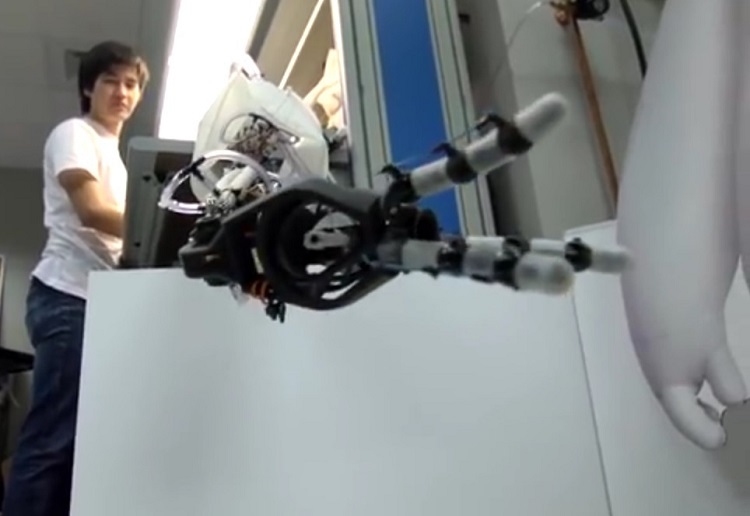 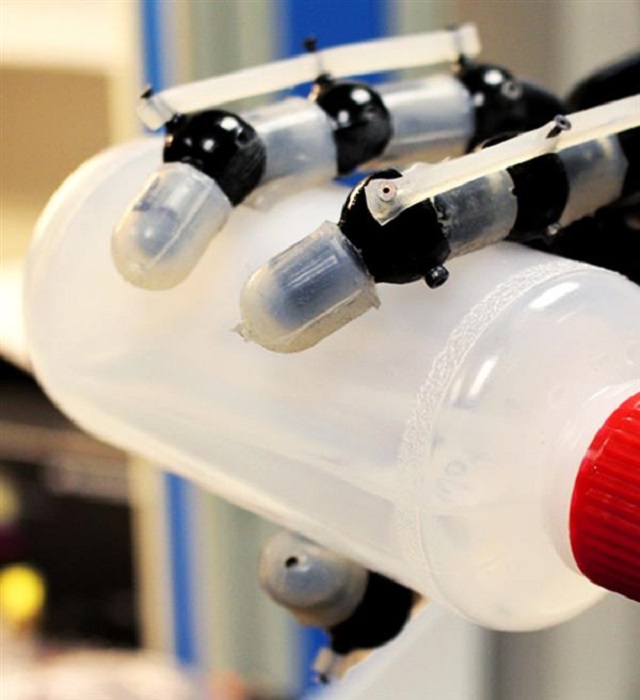 The research involving optical sensors is tuned to give robots more autonomy, as per robotics assistant professor at the University Yong Lae Park, if the robots need to act autonomously than they need to be equipped with more sensors so that they can react safely to environment. When you compare it with thousands of sensors, which are present in a human fingertip and hundreds of mechanoreceptors that are found in each spider leg to that of the state of the art robot NASA,’s humanoid which has in total forty two sensors present in the hand.

During the development Park got a helping hand from his mechanical engineering students Kevin Low and Leo Jiang. The robot has inbuilt FBG sensors which are commercially available, the mechanism measures the shifts in the light wavelength which is reflected to the optical fiber to measure a strain. A single elastic tendon facilitates the bend in the finger, while opposing force to straighten the finger is provided by a passive tendon.

Currently in use, conventional optical sensors lack flexibility, the polymer sensors stretch, and maximum 25% whereas glass offer very limited stretch ability, which restricts its applications in moving robotic parts. This gave way to a new type of stretchable optical sensor called “forementioned” which is slated to be used in future applications. As per Park, silicone rubber lined with gold (reflective) can measure escaping light along with measuring force while pressure is applied to a sensor – the mechanism at the same time can measure force as well as detect contact.