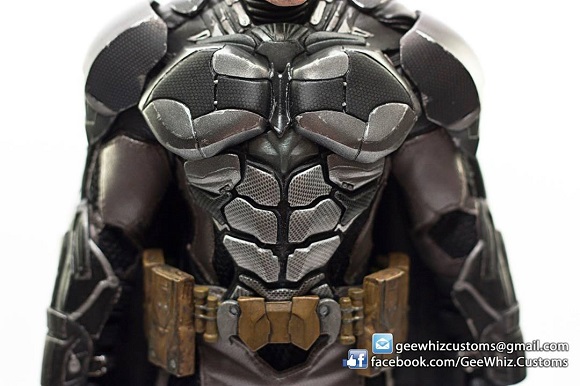 GeeWhiz reminds of something that a timid six-year-old from a 1950s TV show could utter, but the staff from the company with a funny name can definitely be proud of what they have developed. During the last few years Bleau Aquino from GeeWhiz has tried hard to gain perfect reputation in the fields connected with toy photography, custom-built dioramas and development of custom-made character clothes in 1/6 scale.

One of their freshest creations is the 3D printed 1/6 scale Arkham Knight Batman that won second prize during the People’s Choice Custom Figure Contest at the One Sixth Republic x Pinoy One Sixth Kolecktores (OSR x POSK) that took place at the TOYCONPH 2014 in the Philippines. What was the prize for gaining the recognition like that? Surely a Night Guard figure from Asmus Toys! 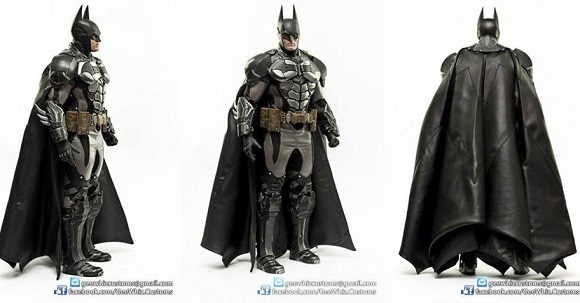 Developing such kinds of custom-made models demands a great amount of particular creativity attention. They are not simply just stamped out in huge quantities. GeeWhiz suggested some insight into the whole process of developing such a widely recognized model.

They decided to whole process begin with head, armor, feet and utility belt using Maya, and went on with refining forms using Zbrush. Then those computer samples were printed on a 3D printer with high resolution. When they were printed, the team trimmed it, mended and sanded by hand so as to get them ready to create a mold. The mold will be used to remodel a part either into ABS plastic or rubber. It depends on a part. 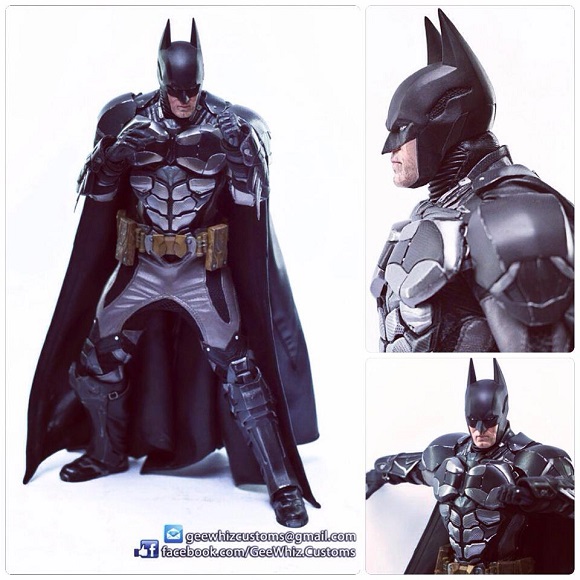 Afterwards they will paint each part either with a paintbrush or with an airbrush masking technique. Such techniques help to create carbon fiber and metal effect. The topcoat is made with acrylic colors giving more shine and depth.

Developing such a model is a painstaking process full of errors. It often happens so that you have to restart from the very beginning to make all the components and parts fit properly. All the pieces need extremely agile fingers and lots of patience to go over all the stages of creation.

These figures are not just solid surfaces and plastics. They also need some clothing. In this respect Aquino dealt with netting, tulle, faux leather and spandex so as to make tight-fitting undersuits for the models. Each piece of clothing has to fit all the others and also has to sit perfectly with armor plates. So it’s clear that not only the sizes of the clothes but also the thickness of materials needs to be reduced to 1/6. Only in that case is it possible to sew them together perfectly. When Aquino looked back at his creation he concluded that this work is like a 360 degrees puzzle that is to be collected together.

On the GeeWhiz’s Facebook page you can observe pictures of the custom models and clothes that the team has created during the years of their work starting with Bill the Butcher and all his knives to Dr Who. They are really marvelous. 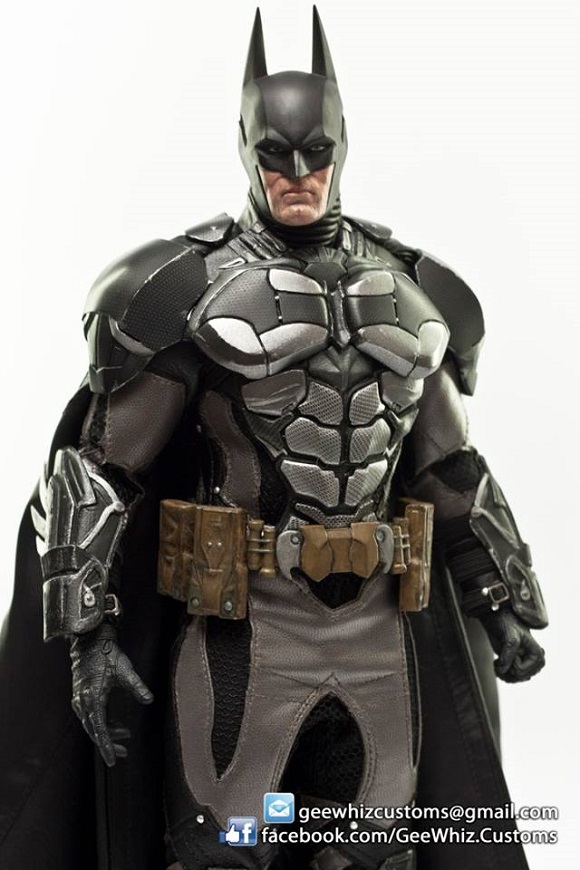