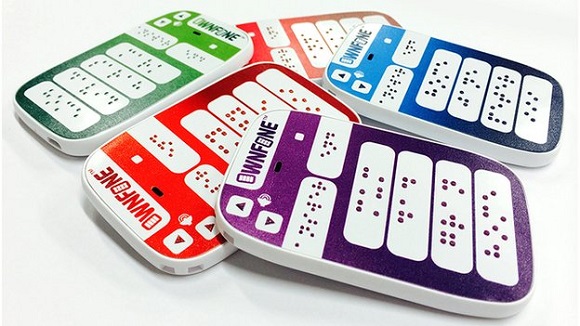 OwnFone, a London company, has released what it says to be the first ever Braille phone. Both the front and the back sides of the phone are built using 3D printing technologies and can be altered. Other companies have tried creating Braille phones previously, but OwnFone claims that its device is the first of the kind for sale. The company will print more distinct relief text on the keypad if one can’t make out Braille.

The device is now on sale in the UK only at £60. As its creator Tom Sunderland says, it’s only thanks to 3D printing technology that it became possible to reduce the price of the phone. He added that 3D printing is a quick and a profitable way to make customized Braille buttons. The phone is meant to become a reliable link between the blind and their relatives and friends.

In 2012, OwnFone began producing what became one of the first partly 3D printed phones in the world. A year later, the company designed a special version of the phone named 1stFone, a small-sized device with the buttons programmable for urgent contacts. The new Braille phone is created on the basis of the previous two gadgets, saving the small size and colourful pattern.

The new device can have up to four Braille buttons. They will be preprogrammed for contacting relatives, friends, caregivers and emergency services. No other phone in the world has 3D printed keypad. For those who can’t make out Braille they will print raised text on the phone. This 3d phone printing technology is patent pending. If you want to get such a phone, you can create an individual design project on the company’s website. The model at £60 is the most expensive. The two previous kinds were available at £40 and £50. 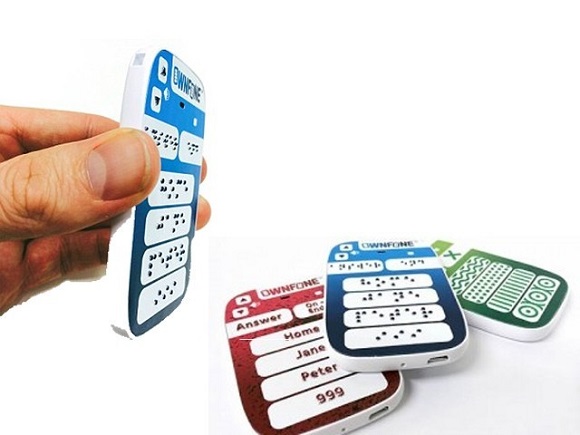 Operating via 3D printing techniques, and a ‘braille’ keyboard with assisted finger pads, this phone lets the blind communicate efficiently.

Being the first Braille phone on sale doesn’t that this concept is fresh and original. The Indian start-up Kriyate invented an exemplar of Braille-enabled smartphone in 2013. It represented a repressible Braille display and response controls known as haptic touch that react beeping or vibrating immediately after receiving particular commands.

Some may claim that there is no need for such a device, as there already exist such functions as VoiceOver by Apple. However the VoiceOver is different from Braille phone as it lets users browse their phones through controls of gestures. On Google Play and Apple Store you will find numerous apps that will help ease reading the partially or completely sighted.