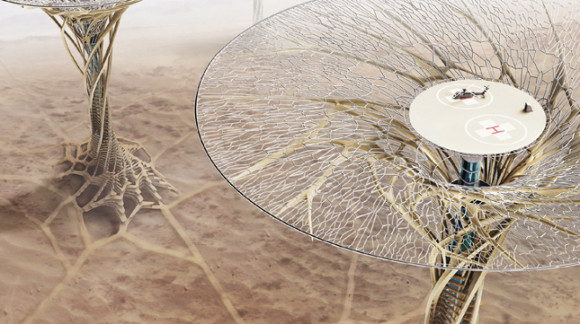 Viable, resilient green structures in the places where people could never imagine living are likely to become real one day thanks to 3D printers.

A group of Chinese designers together with Qiu Song, Ren Nuoya, Kang Pengfei, Bai Ying, and Guo Shen planned and developed the Sand Babel Towers, which are an unparalleled and unequalled conception of group of buildings that can be erected in the desert, with derricks and 3D printers. The actual sketch was put forward to eVolo’s 9th Annual Skyscraper Competition, and obtained an honorable remark. In the competition artists, architects, and designers worldwide were challenged to think of future towers that meet the demands of a dense, energetic and water-deficient world. The technology of erupting such vast structures is accessible at its beginning stage. A man called Markus Kayser presented the world with a solar powered 3d sand printer last year. However the technology still needs improvements and it will be tested before being used for erupting high skyscrapers, but this moment is not far off.

The Sand Babel Towers are designed in two major sections. The first one is above the ground where people live or work. The upper part is designed to mimic of the natural phenomena named “tornadoes and mushroom rocks”. It looks like a double funnel construction which maintains cross-ventilation, and sustains water condensation on top by changing temperature distinctions. 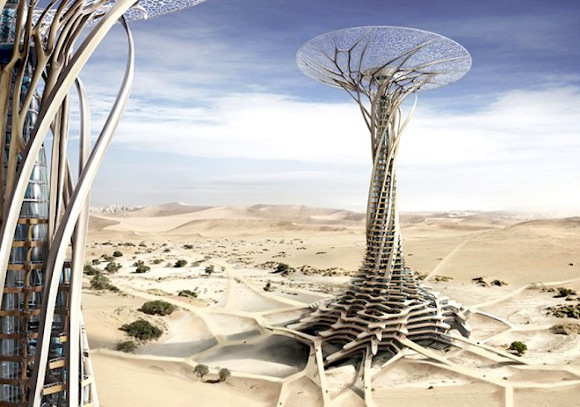 Another section is a mass of underpasses that not only connect all the towers, but also serves as a gear that slows down the flowing sands. The underpasses also facilitate connection among the buildings, and serve as a basement for added structural solidity.

Despite the fact there’s a decade or so that prevents us from seeing the similar buildings live, the technology develops rapidly. 3D printing is to become an essential part of construction projects. 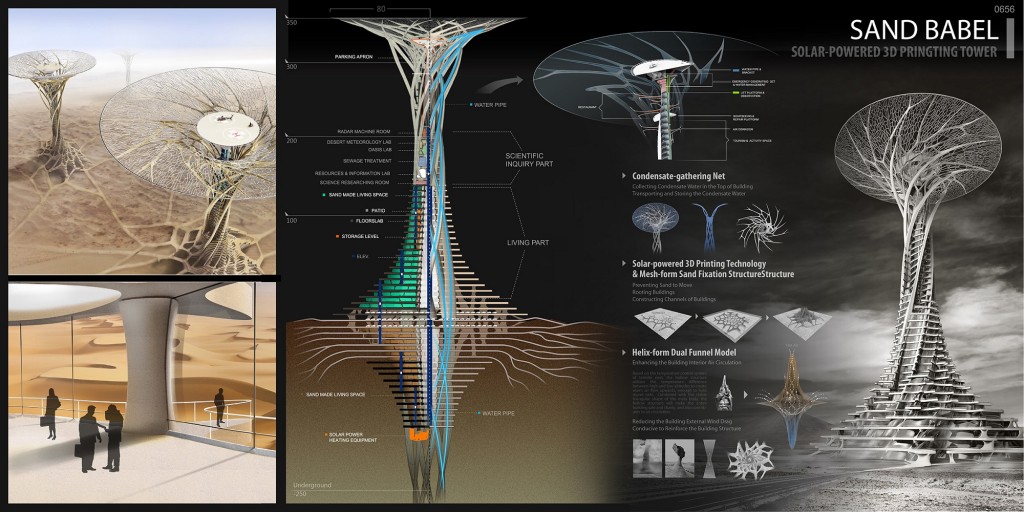