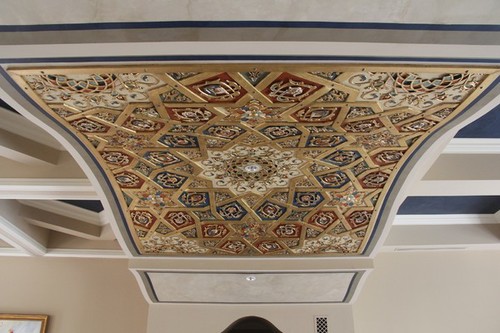 One of the most expensive things about doing redecorations at home is ceiling design. Some may cost you up to $30,000 to fulfill. Up to the present we couldn’t imagine that ceiling design and 3D printing had something in common.

A company named Aztec Scenic Design has revolutionized the views on redecorations. They have to work with each customer individually so as decide on a most sophisticated design. For the largest part of their work they’re going to used 3D printers. 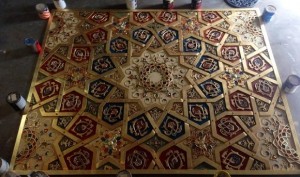 Benjamin Cremer works with them and all the projects are grounded on his designs and sketches. The company started with buying three 3D printers to open a studio. Once each part was printed, all the team applied various design elements; they painted them and finally installed the ready ceiling. Right now they’re working on a ceiling for some theater, which is their major task. Apart from that, there are some minor projects.
One of the projects may be described as follows. The background is made up of 9 wood panel, all the other parts are fixed to it. Molding parts were cut on СТС-router and decorated with gold leaves. The parts were covered with acryl and aged with oil stains. Finally they finished with glaze covering. The design size is about 18 feet by 14 feet. The team spent 3 full weeks printing on several various 3D printers. The printers employed are Tinkerine Ditto+ and several Prusa i3 8″ printers. The ceiling installation took about 2 days.

When Austin Butler was asked how this marvelous design idea appeared, he answered that it belonged to Marc Leonard. He had been working for Aztec Scenic Design for a long time, when he got preoccupied with 3D printers and started thinking about combining 2 of his passions. He came up with idea that it would be easier to used 3D printed cut-outs instead of making parts of plaster. He also managed to convince Gabriel Gollazo that this was the method of the future. Ben Cremer was the first to think of designs on Arabian themes and patterns. Marc made 3D models of those sketches. The colour depended on the customer’s current décor. The whole project, as you see, is highly collaborative. 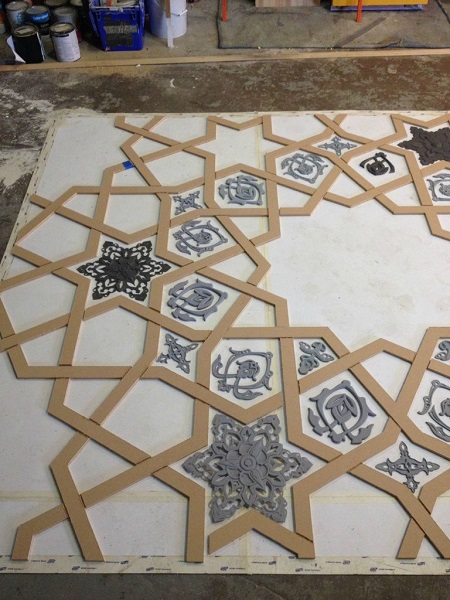 Everyone who has ever tried making a custom ceiling at home knows that the process take too much time. 3D printing has made all those sufferings less dull and monotonous. As Butler said, there are about 400 various 3D printed fragments of ceilings that they have created. He believes that the most difficult part of the project was tracing and correcting faults with the 3D printers as well as monitoring 400 printed parts. All this is due to the large numbers of orders and printed pieces. It resembled making the tremendous puzzle.

Everything designed for the project was sketched and printed in 123D Design, and checked and corrected with MeshMixer. They used Slic3r and Repetier Host to slice it. Aztec Scenic Design is situated in Orlando, Florida. Right now the same client ordered another ceiling. 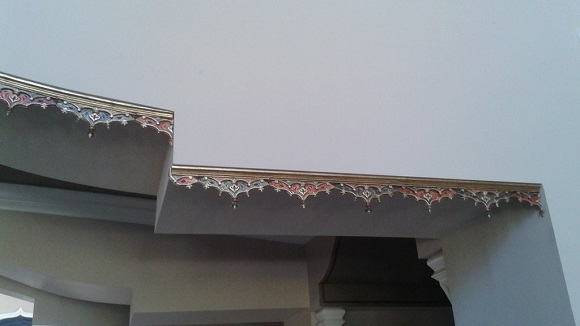 Material is prepared based on 3DPrint.