NASA is going to send a 3D printer into orbit

NASA is going to send a 3D printer into orbit 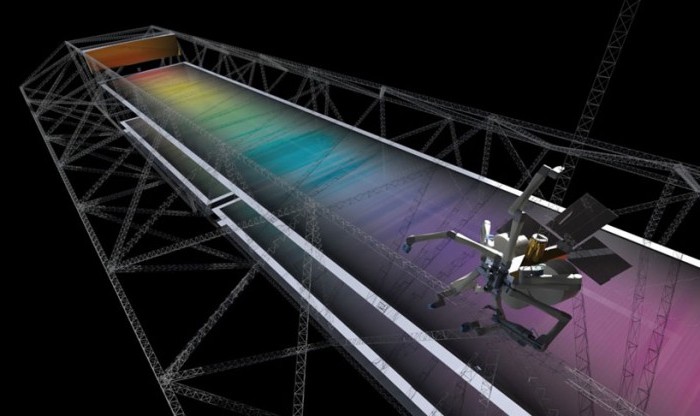 With a 3D printer there will be no need for astronauts to take tools they may need. The printer could be like a factory with an endless number of designs. It will create objects putting layers of plastic on one another. Doctors view them as an opportunity to create joints. And for artists it is the way to create unique jewellery.

From NASA labs using 3D printers engineers will transfer data to earth, replace some parts that are able to survive in extreme conditions.

The inventor Andrew Filo declared that whenever they thought of printing anything 3D in space, it was like Christmas. This would make engineers forget such words as irreplaceable, rationing or insufficient. Plastic spools will at last replace tons of instruments and gadgets.

The first 3D printer is expected to be tested in space in the fall of 2014. However before that they are to choose one from dozens of machines.

The main difficulty in space exploration is that you are to take everything with you, that is, instruments, appliances and spare parts. They all have been constructed to use on Earth. If a scientist is to take them into the orbit, he will face certain challenges, like loading, vibrating, stressful working conditions and unstable temperature. Thus NASA made Silicon Valley create something new. If an astronaut is to repair something, it’s far easier for him to print it 3D rather than remembering if he took the necessary tools.

Aaron Kemmer, when starting this project in 2010, warned that there would be lots of difficulties and obstacles. They tested 3D printers one by one. Space-meant 3D printers will have to hold emitted gases, print parts to repair themselves and to turn printed products into new ones. You may remember the notorious Apollo 13 breakdown in 1970. If they had

Scott Crump was one of those who developed 3D printing in 1980s. He admitted he never imagined it to go as far as space exploration. However he noted that although there’s no need in large amounts of equipment, one will need a lot of filament and power.

Recently the space agency has awarded $500.000 for a 3D printing project and has given robots to have antennas built by 2020. That would replace the expensive process of molding folding fragments on Earth and constructing them in orbit. No matter what it is, it is likely to occupy some place in a museum one day.