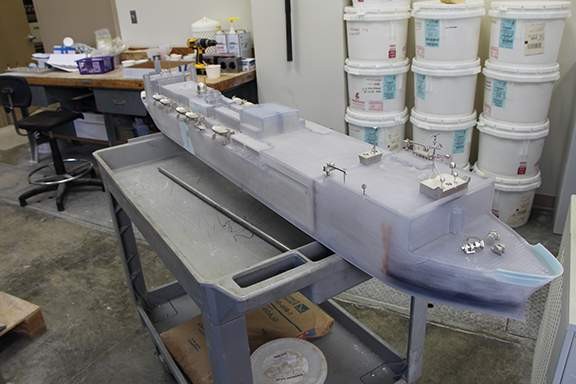 The US Navy are going to set up 3D printers to create some plastic parts and appliances that crews will use. They view to use 3D printer for technology development like creating ammunition and they even plan to go further. Surely these ideas will take a lot of time to come true, but more practical gadgets are coming soon. They are going to start “small and simple”.

3D printing process is also known as additive manufacturing. It is used to create parts on demand rapidly, using plastic, metal or rubber. This technique looks promisingand it’s currently being used for various purposes: in aviation they are using 3D printing to create parts that need replacing; in surgery 3D printers produce limbs to replace the old ones; the technology is also used to create fighter jets.

3D printing technology is an experiment by 15 junior officers of the Chief of Naval Operations’ Rapid Innovation Cell, known as CRIC. If a sailor needs some unusual part to fit a system, he will have to address a 3D printing center in San Diego first. There a technician will consider if the need part exists. If it doesn’t, then he will 3D print it. This part can be smoothed and shaped to the exact shape required, which actually allows to create specific parts for ships. First of all, a sailor will see a 3D graphic on the screen, and in case it’s all right, the technician will print it in five hours or so. If a part doesn’t fit or there’s something wrong with it, then it will be reshaped and reprinted. Officials are planning to create a data base of the parts sailors need quite often and also a list of things that can be printed.

But before this, a lot of steps are to be taken. 3D printers should produce items that will fit the machine, especially military equipment, and match the design. Metal printing includes heavy facilities, which are difficult to load on a ship.

Even if all these demands are met, there is still another difficulty – copyrights. So the Navy are going to produce parts without patents or the parts that are produced no more, for they haven’t bought any intellectual property rights since 1980s.

The navy needs to control this upcoming technology. They expect to have an additive producing facility on board. Kohlman, who is currently overseeing trial and Navy Warfare Development Command, suggests that Military Sealift command ships become floating factories able to print on demand. Another variant is also possible: the suggest printing various warfare tools and devices. They think they will be able to start developing some of these facilities, and eventually in some decades they will send a 3D printer to sea.