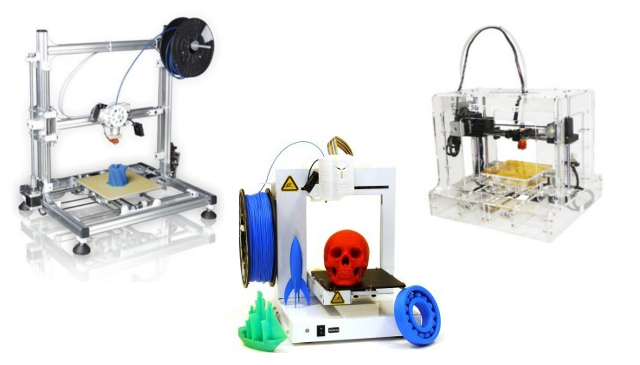 The end of the 1980s and beginning of the 1990s was the earliest time additive manufacturing was used in rapid prototyping. Prototypes offer to examine an object closely and to test it prior to production of the thing. Rapid prototyping, known as RP, suggest much quicker prototype production, often it would take several hours or days, depending on the design. In RP models are created with the help of computer-aided design, known as CAD, soft, machines following that model should define the way of creating the object. So the procedure of constructing things printing its layers is known as 3D printing.

The initiation of 3D printing took place in Massachusetts Institute of Technology and company named 3D systems. At the beginning of the 1990s MIT originated the practice they further labeled with the name 3D printing, certified as 3DP and that’s how 3d printing history began. In February 2011 MIT has awarded licenses to 6 corporations and suggested 3DP for its products.

3D systems have introduced a number of 3D techniques since it was settled in 1986. Some of the technologies, like stereolithography apparatus (SLA) and selective laser sintering (SLS), have been trademarked. As 3D Systems and MIT are still the front runners in the 3D printing area, other corporations like Objet Geometries and Stratasys have introduced new technologies to the market.

Nowadays some 3D printing technologies are used to originate fulfilled, ready products. The technology is being improved through highest quality of details printed and the time required to print a detail and clean it when already printed. The time required is becoming less, the substances and appliances growing cheaper. The wider range of materials is coming into use, like ceramics or metals. The size of printers are steadily changing, becoming smaller and smaller.

Additive manufacturing, including 3D printing, are still new to the area of mass-production. AM can be compared to computer numerical controlled machining. The latter, however, is quite contrary to AM. In CNC the material is detached up to the ready product. It’s more like a stone fretwork statue.