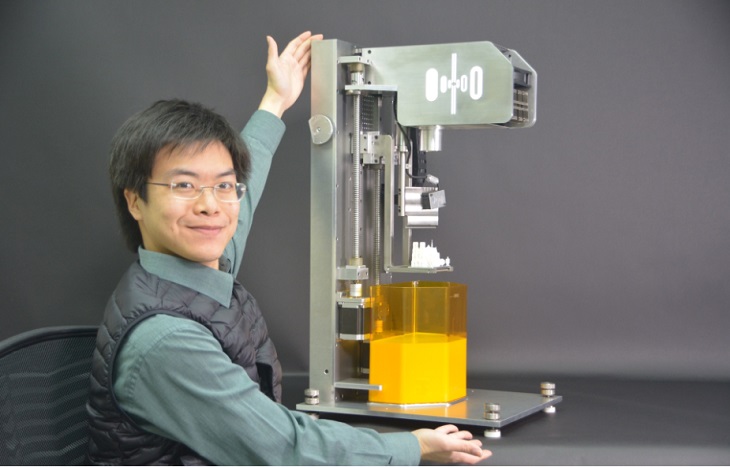 The battle between a top-down printer and an up-down version is regarded by most 3D printing enthusiasts as a toss-up. Part of the unpredictability of the identity of the winner is the resounding benefits of both kinds of 3D printers. Besides, one gets a feeling that a heated argument as to which 3D printer is better is something that fanatics of the additive layering technology would dearly love to have. However, the top-down 3D printer’s fighting chance may have just gone up a couple of notches better with Charles Lo’s Octave Light R1 3D printer.

More than just proving the top-down kind as the better 3D printer, this ball of energy of a man works behind the principle that is so common among other giant personalities that have paved the way for a much better life for others. He envisions a world where basically everyone in the world will have access to not merely a functional 3D printer, but one of high-quality as well. To get this goal started, he has introduced an amazing 3D printer featuring incredible power, speed, and accuracy at a very affordable rate. 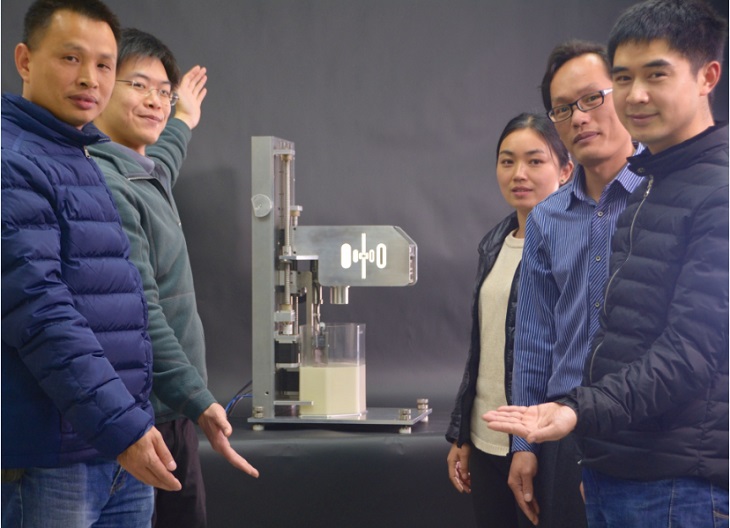 Knowing that up-down 3D printers are currently hugging the limelight in so many schools, business entities, and homes, Charles Lo and his team of 11 members definitely have their work cut out for them. If they must have a chance of competing against their established and proven competitors, they should be able to come up with something way better than what current top-down versions offer. 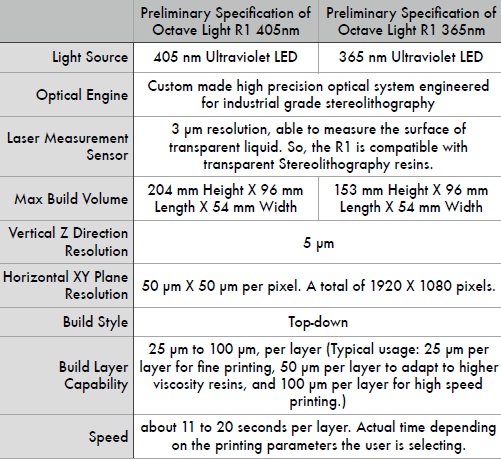 The Octave Light R1 3D Printer not only oozes with sophistication where looks are concerned, it also gets the job done like never before. It has a build volume of 203 x 96 x 54 mm. Lo and his team make it a point to let people know that they have solved practically all of the problems that plague top-down 3D printers such as a reliability, image quality, speed, accuracy, power, direction, and price. Getting a taste of what this 3D printer can do is on the table starting around the last days of May after pre-order obligations with Indiegogo this month will reach their destinations.

The quality of this desktop 3D printer is akin to industrial grade versions when one talks of precision and power. It even shuts off the LED light source at the right time, which is currently found mostly in standard industrial SLA devices. The use of LED gives the 3D printer a more enduring light source more efficient than what is offered by most top-down versions available on the market. Lo and his team certainly are not kidding when they boast of their new 3D printer as industrial grade. 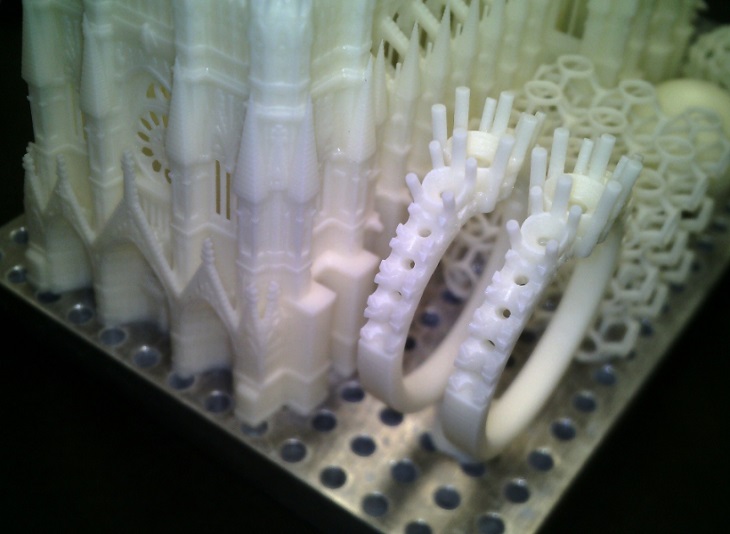 Besides a laser measurement sensor, the unmatched focus and precision are done by directing the UV light straight onto the surface of the resin. For this reason, the 3D printer eliminates all sorts of distortion and gives a quality that can really impress the best standard grade 3D printers. Lo and his team claim that the Octave now sits on top of the heap regarding accuracy and resolution.